Not really much of a puzzle, especially for the person creating the box, but still a decent project for free download. Multiple sources:
Instructables
Reddit
Maker Design Lab

All three links are pretty much the same stuff, although there may be a difference here or there. 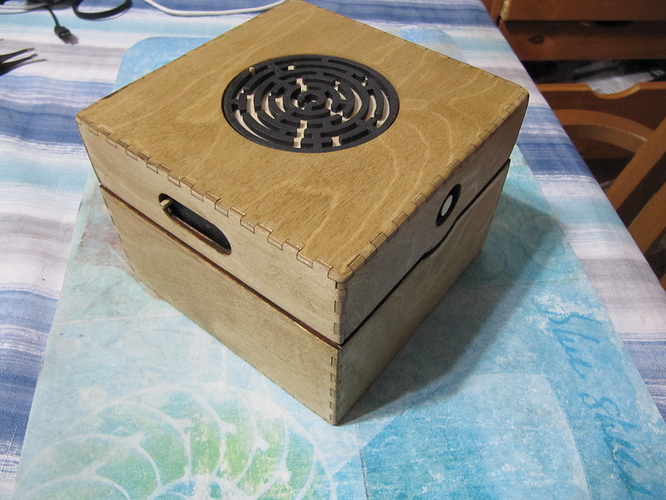 This image above is the finished build from my hands. You can see a peg on the slider in the left face of the top. The original design does not include the peg, made from a bamboo skewer, but it’s somewhat difficult to manipulate the slider without it. This could be due to the sticky paint I have applied, which has yet to dry completely after three days!

The original design also used a pair of tiny cut circles to navigate the maze. Another skewer made for a stronger assembly in that location too, with a change to the cut plans, not provided in this post. 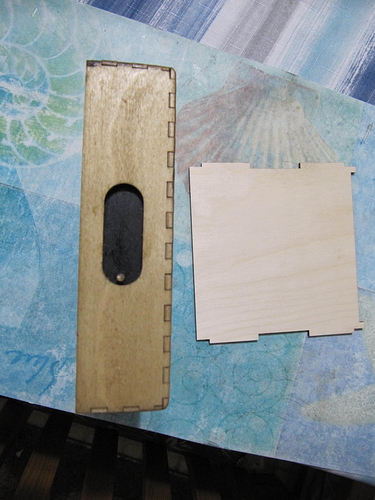 Another mod is the inner cover to the top of the puzzle box. The mechanism isn’t particularly complex but somewhat detracts from the overall appearance of the box. This cover reduces the distraction and doesn’t interfere with the sliders necessary to unlock the puzzle.

I’ve emailed the creator with the added panel, but I’m also posting here in case it doesn’t appear in his build plans. 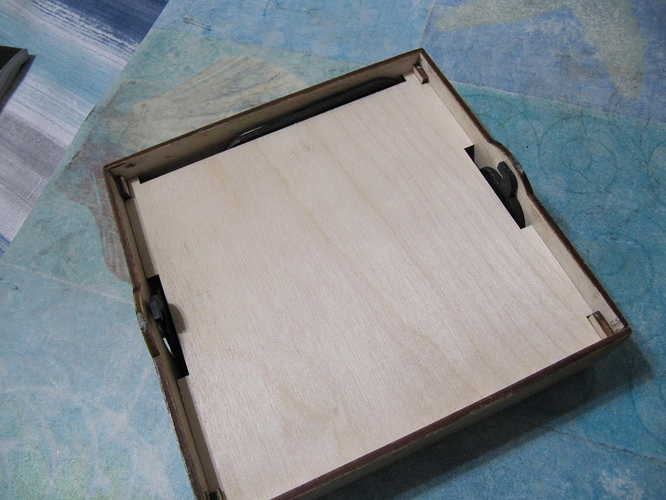 It’s a press fit in my build, but I expect to glue it into place in the future. As it is, one can access the internal mechanism in case something breaks.

Another thought pops up as I add a note. The original file from the creator included a number of redundant layers, all of which are cut layers or related to the license text. I dropped all the cut layers to a single one and changed the fill to cut with a lower power, as the fill layer is for alignment purposes only.