I’ve owned a couple custom made large format laser cutters over the years starting in 1999, Both of those laser cutters circuitry have died. I’m hoping to retrofit the guts with new circuitry. I have two lasers Synrad 48 series CO2 50W and 25W. which use mirrors to bounce the light around to a focus lens.
I recently bought a DIY Cronos Maker laser cutter. Sweet how simple it is but it’s too small and not enough power to work in a large format. The tech support said I could replace the stepper motors with a NEMA 17 but I suspect that it’s still not going to be strong enough to pull the X axis roller table.
My laser hardware encased the Y axis to collect fumes and refracted laser light while the X axis is a rolling polycarbonate film, aluminum tape covered table, which allows for cuts around 144". I primarily cut fabric.
It’s two servo motors and a laser. LightBurn seems to be a pretty good app so far.
I’m open to suggestion.
I can’t tell if the image uploaded. 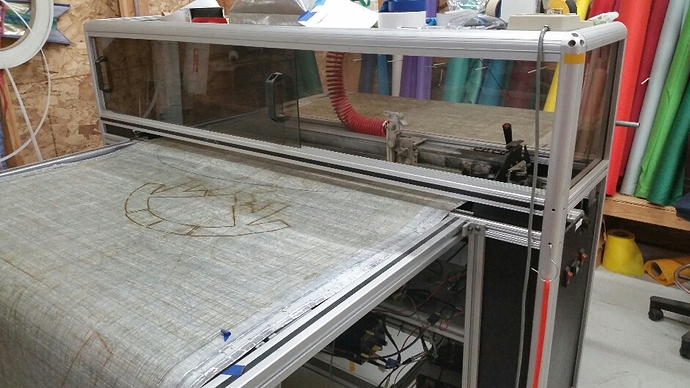