I’m having a problem with my laser burning a complete image, it for some reason won’t have the laser burn certain parts of the image. The bizarre thing is that my machine still spends the time to run over the parts that it’s supposed to burn, but it looks like the laser either doesn’t fire or takes itself down to a very low power. The images that I’m burning are supposed to be essentially black and white, on and off, they are not complex images that require the laser to change its power, it should just be firing at 100% where designated.

So here is the image that I’ve been trying to burn. 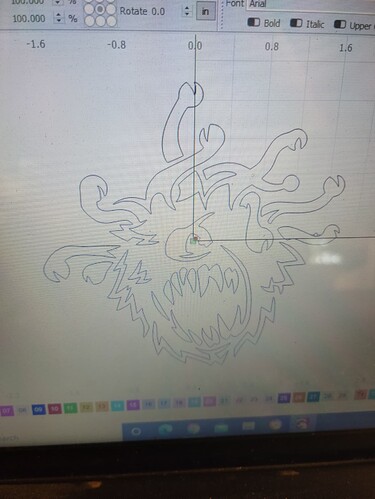 A little background, I’ve been using Lightburn and a JTech 2.8w laser with my X-Carve CNC successfully for about a year with no issues. I had a project where I was trying to burn an image, and the test came out successful. 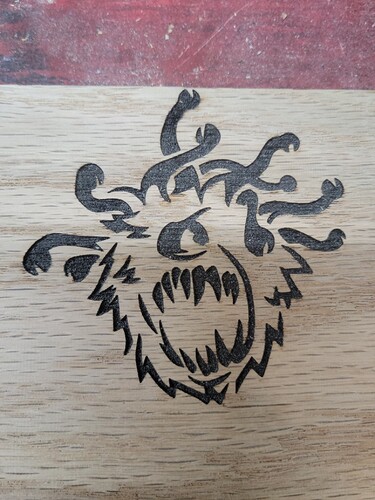 I set up the actual project to burn and left for work, asked my wife to check on it for me just to make sure nothing malfunctioned or caught fire. She sent me a text a while later showing me that the machine malfunctioned. It just started to burn random lines into something that didn’t resemble an image at all. I tried to look over everything when I got home, but couldn’t find anything that had changed. At this point though, my laser wouldn’t fire, I didn’t know what had happened but had assumed something had fried and that was the end of that laser. I then proceeded to upgrade and bought a new JTech 4.2w laser kit that came with everything, the additional controller and all. I replaced all of the old laser components and replaced with the new, booted up my machine, but still had the same result. The laser still wouldn’t fire. I went through some of the support boards and found some things that fixed the issue of it not firing, my old 2.8w laser still functions even, however, things are still not right.

I went to burn the same image on a test board and got this result. 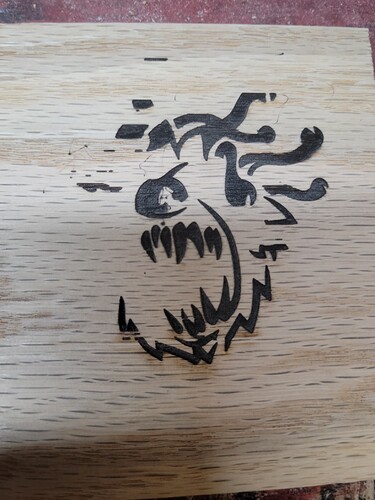 I then tried going through more forum posts but have not yet found anything that has fixed the issue. I an certainly no expert so I started toggling features that I wasn’t really sure their purpose, I found that if I turned off “air assist” I had a more successful burn, but still not right. 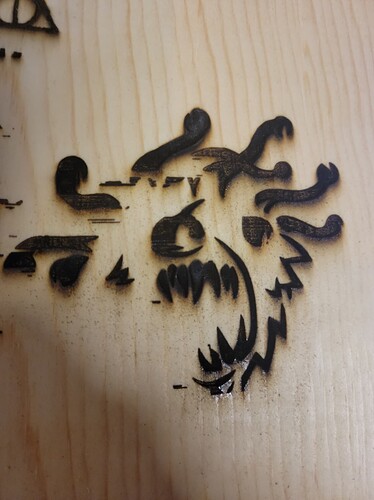 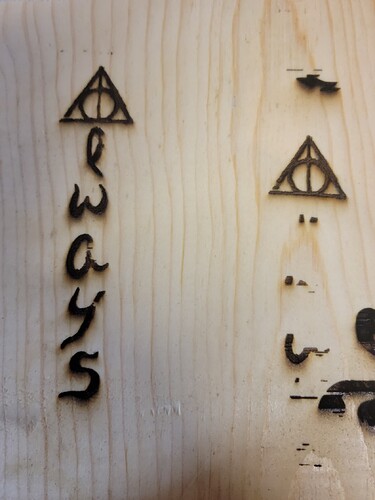 I also thought maybe it was my X-Controller that may have had a component fry, however when I have it cut something using the router, it works just fine, no flaws. If anyone can tolerate the next 6 images enough to look over my settings and see if there is something I can tweak, words could not express my gratitude. I have requests piling up and don’t trust my laser enough to ruin mostly finished pieces. 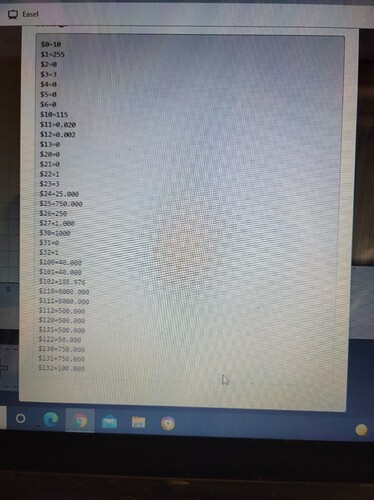 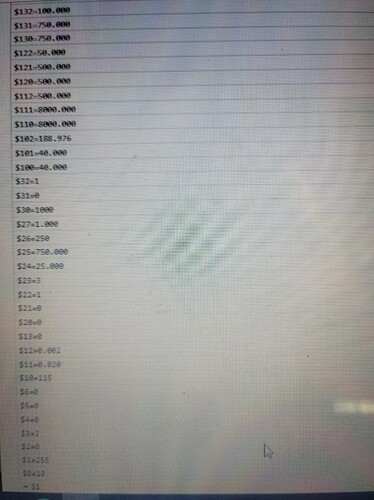 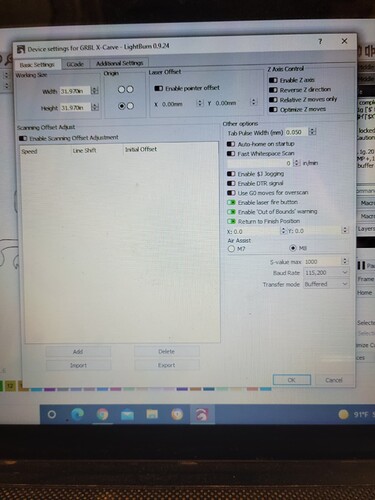 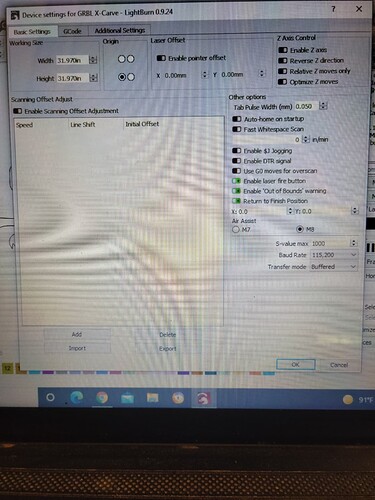 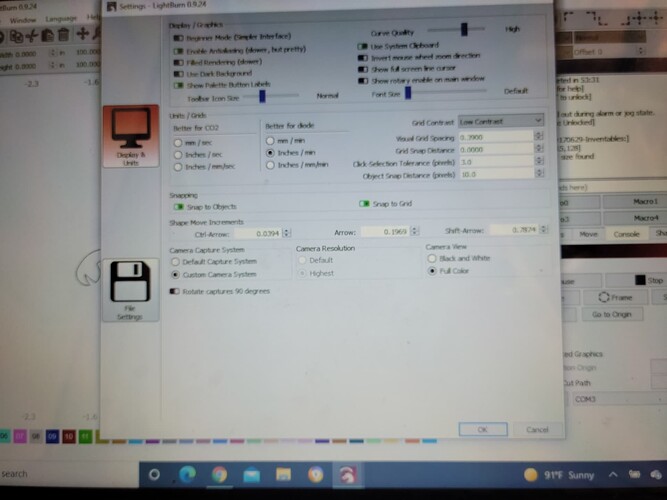 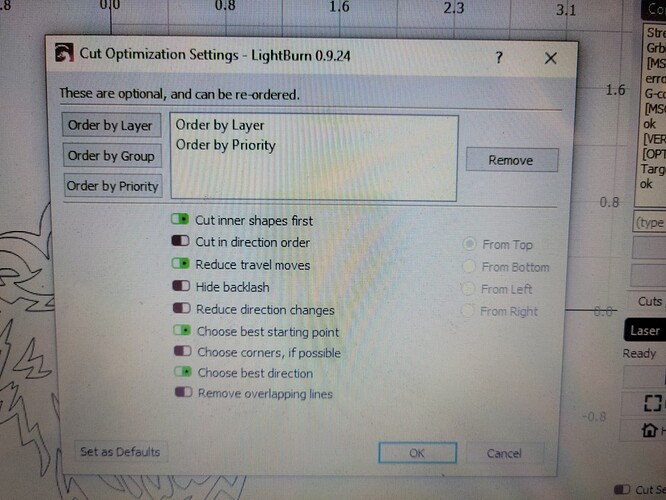 Do you happen to have ‘Flood Fill’ set on the Advanced tab for this layer?

My situation has worsened, I can barely get the laser to fire at all anymore…

This sounds like you may have a hardware failing condition worth investigating with the nice folks at JTech and XCarve.