Laser Fires when moved by Software, but not by manual controller

I hope someone can help!
I turned on my Laser and it connects as normal. but as soon as i use the move function in Lightburn the laser fires. It also fires while it travels during a job.
It was suggested to replace the power supply, which I have and its the same result.
The laser does not fire when i move it using the panel control on the machine.
This happened after my licence for Lightburn expired so I thought it might be a software issue.
Can anyone suggest something that might work?

I went to the menu described but I don’t see that piece of code, instead I get what you see in the pictures, what does $32 correspond too?
Sorry, I am a noob to this for the most part. 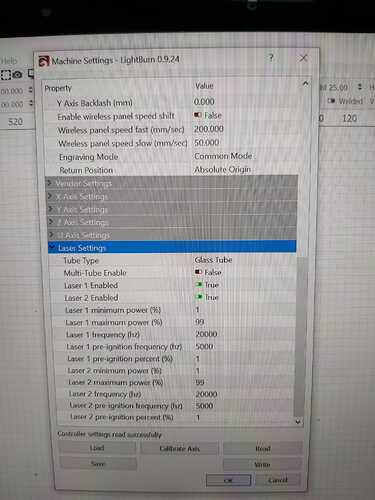 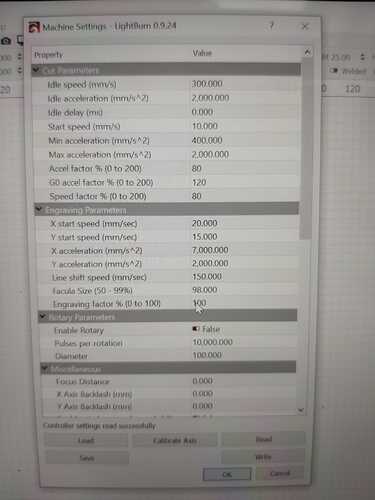