Having a small issue where the laser wants to fire when is shouldn’t. This only seems to be happening when starting a file, not in between cuts. It also seems to only happen if there is a point at the set origin. I made 2 test files (shown in the uploaded pic) one with 4 squares one with 3.

If there is not a point on the origin then it will also run fine.

I’ve run a similar test (not shown) with circles (just so there was no point at the origin) and it will run without issue.

This does not happen when run through RD Works and it does not seem to be firing between cuts. just this starting issue. 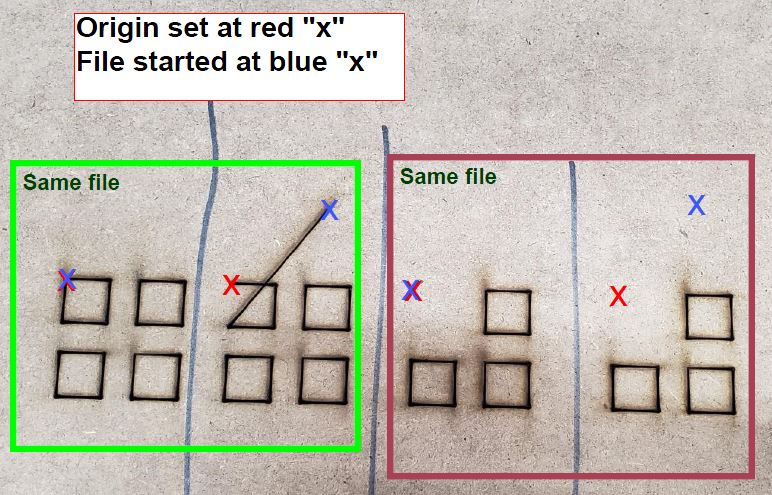 Another user recently had this issue, and it has been found and fixed for the next release.

was searching and couldn’t seem to find this on the forums.
its there and ETA on the next update? i realise the last update wasn’t too long ago, more curious then anything
Thanks! =]

No way you could’ve known - it was sent via email. I’m hoping to put out another release within the next couple of weeks, but I’m going to be traveling a bunch as well, so the timing is more likely to be 3 weeks out.

Gotcha not a problem, well thanks for the quick response and safe travels!
cheers!