Laser jumps during engraving and cut

As the laser is running it seems to skip or jump when trying to follow the designated cutting path. Does anyone have any ideas ??

If this is the laser, pretty nice… 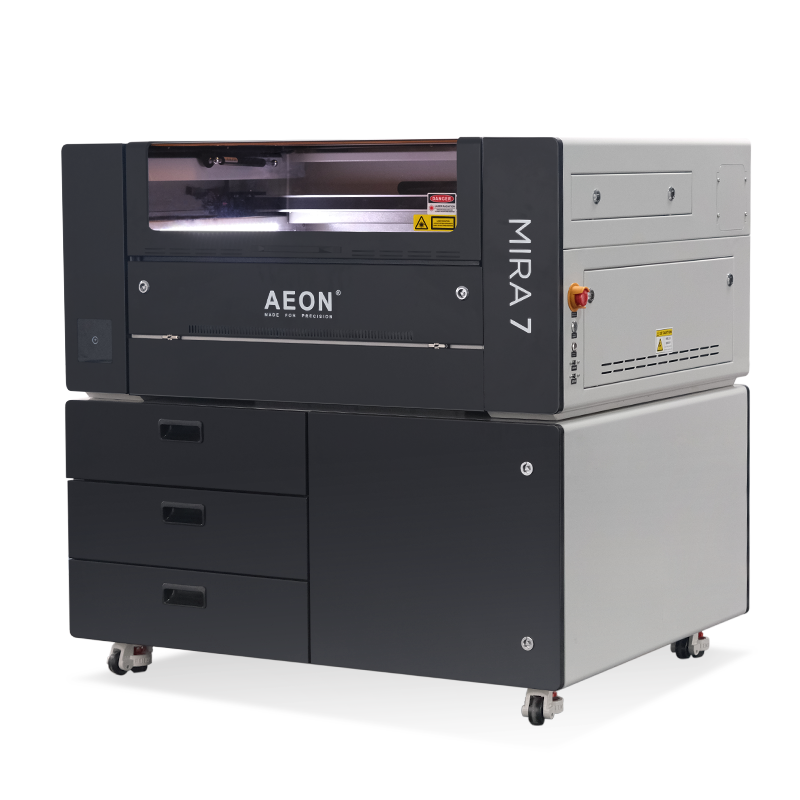 Overall Review AEON MIRA7 is a professional desktop laser engraving machine. The working area is 700*450mm, with water cooler, exhaust fan and air pump built inside of the machine which is very compact,clean and modern.  For this model, the...

Is this a new laser?

It might help us, if you could be more descriptive of what’s happening. I can see the results, how does it compare to the ‘preview’ in Lightburn?

If you don’t mind, can you drop the .lbrn2 file so we can examine it?

it is brand new less then 30 days old. the preview is accurate to the original image.

as far as the file is concerned it doesn’t seem to matter it does it with normal text.
it will be going and cutting normally, but then it will just jump and start cutting somewhere else. there is no noticeable noise. it doesn’t do it every time but it still does it enough to be annoying.

The file will help us.

Maybe the ‘clue’ to isolate the issue might be in the file that created image we see.

Without your file, I can’t tell how it was supposed to cut, so can’t make many judgements on what may have caused the error. I’m not saying it’s a solution, just would be helpful.

well, the Reddit community was able to figure out the problem just fine but thank you for your insight ill keep that in mind the next time I have a question

It would be nice if you solved it in any way to advise the users here how it was done and mark the issue solved.

after talking with everyone there it appears the laser was being overwhelmed while trying to run the laser causing errors in path geometry.

Don’t know what they stated elsewhere, but the grbl code is ‘streamed’ to most machines and they are generally micro-controllers and some can’t handle too much data. You are starting to see more powerful processors, as they are becoming ‘low cost’ processors.

If you are doing anything that turns the laser off and on, like an image, it generates code for turning the laser on and off. So it can become a massive data stream…

Good luck, thanks for letting us know.

after talking with everyone there it appears the laser was being overwhelmed while trying to run the laser causing errors in path geometry.

Doesn’t your machine use a Ruida controller? If so, that’s not how LightBurn interacts with DSP controllers. LightBurn builds the RD file and hands it off to the controller to deal with. Whatever you do on the LB side from a load perspective after the file is handed off would not be impacting the laser in any way.

In that case the “fix” may be a false positive and only appeared to work. Are you not having any issues at all anymore?

you are correct the Mira 7 does use the Ruida controller. With the changes that I have i.e. limiting the amount of stuff in the cut file, it seems to have made a difference. I went from a 100% fail rate to 3 successful cuts of the same pattern. so I believe that this could be the solution but without further testing, I do not know if this really is the answer.

limiting the amount of stuff in the cut file

Okay. So that’s different than how I was interpreting what you said. I thought you had meant that LightBurn was continuing to communicate to the laser and overwhelming it.

What you’re doing is just simplifying the design. I suspect what this is doing is simply stressing the laser less and thus not triggering the actual issue. This isn’t ideal and the issue is likely to reappear. You should be able to create designs of arbitrary complexity (well, within reason) and have it burn fine. The example you showed earlier in no way represents a complex design and should be well within reach for your laser.

I’d suggest not being satisfied with having to limit your designs. But it’s good that you have some designs that work. If you can isolate what types of things do trigger a failure it could help lead to a root cause.

the complexity of the design wasn’t the problem it would do the same with just simple straight text. that being said I limited the number of objects in the design. the original file had 20 of the same design in it. to get it to work I limited the number to 15 as well as closing additional programs running on laptop. again weather this had anything to do with the issue I honestly don’t know I’ve only been doing this for about a week.

I meant “design” generally to mean an overall LB project but point taken.

Anyway, it seems you’ve got enough to get you going. Enjoy exploring your new unit and LightBurn.