A problem that has been haunting me for a while now but shows up in all sorts of times causing all sorts of issues.
First time i noticed it was when doing a fill on PACMAN ghost i noticed wide horizontal banding on the fill as if something changed for a while then changed back.
over time i have various issues - where a cut on a material would be fine and at a later time same material and setting would not cut cleanly or wouldn’t make it all the way thru. i started to blame the laser tube going weak and started looking for a new tube.
Last night i was creating some targets for mirror alignment out of 600gsm card stock after some testing with settings dialed in proceeded to cut a sheet of the same. I found that some where engraved as intended and some where just starting to cut thru and others completely cut thru.
Today i done some testing while waiting for a new power supply.
I ran reasonable size fill job to see if i see any banding again while watching the ammeter of tube current also watching with a voltmeter connected to the 0 - 5v power control line and of course never played up.
during another test everything staying stable and by banging on the cabinet of the laser suddenly noticed that the depth of the fill increased (more power?) but current and voltage values remained the same.
after some time of the fill it returned to the original depth of the fill.
I opened up the covers and started a new fill job and started to wiggle the high tension lead with a long piece of plastic (old school tv tech so know all about high voltage safety) to see if poor connection to the tube - also the ground end of the tube - made no difference but knocking the cabinet does make a noticeable line on the fill almost every time. tried tapping around the HV power supply LV supply the controller made no difference.
Has anyone come across this before?
what are the chances for it to be the tube with some weird mechanical issue?
all mirrors are secure. 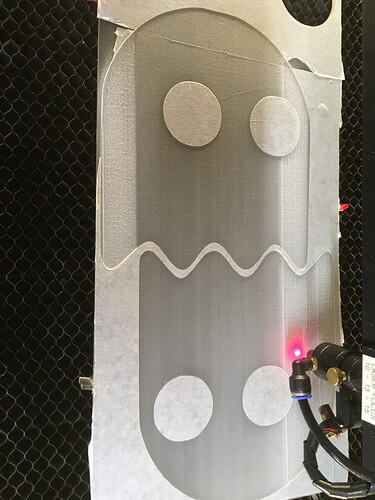 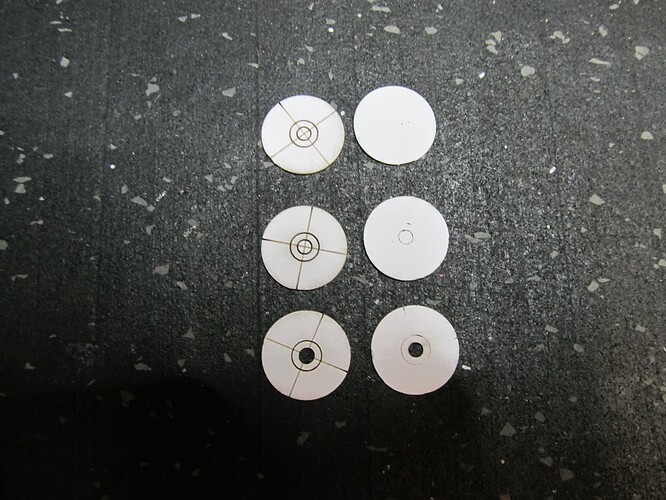 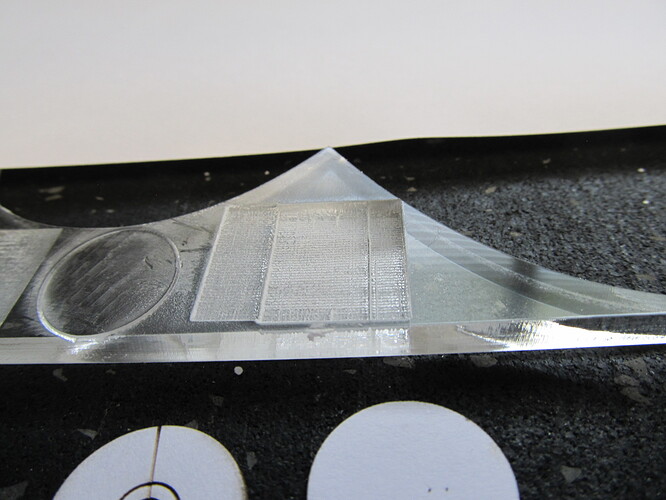 creating some targets for mirror alignment

Are these pictures from your ‘beam’.? I don’t see anything, then a ‘hole’. Need to pulse light enough to see the power distribution.

IMHO, your beam seems large… how big is it coming out of the tube at m1?

This is an old m2 target, but it’s two shots (close and far) and looks much smaller than yours.? 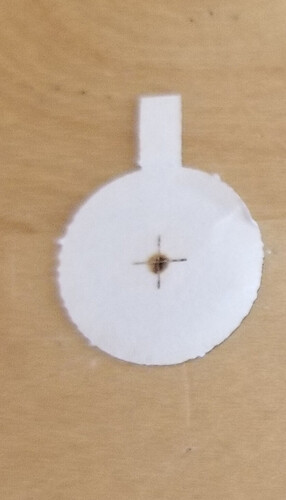 I get these sometimes, always in the X direction, haven’t seen it in the Y. Same speed/material, a few minutes apart. It’s possible something is off, but haven’t been able to pin it down. 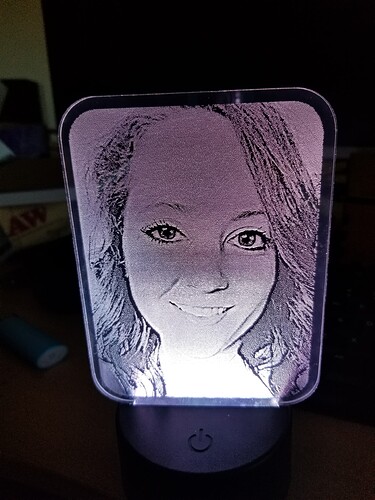 This is definitely not right. If your material isn’t moving… it would have to be a ‘loose’ part that affecting your optical alignment.

Don’t forget the lens in the tube can become loose…

The image of my targets was only meant to lightly engrave a mark (cross and circle on card stock) so i can reference the center ( these are not actual alignment test) but as you can see the power varies from a light mark to almost cutting thru and then cutting right thru. But the variation was not on a particular axis x or y which might indicate a laser alignment issue. As for the banging the cabinet appears to be more sensitive around the tube extension cover hence suspect poor connection on the HT Lead. I will wait and see when the new PSU comes in and do a full alignment again and see what happens then.