Hi all… I busy with my trial with lightburn. For some reason I found out that my laser power is a lot weaker while using lightburn… When I use laserweb I use same setting but it but lots stronger and as well deeper… Not sure why (s value is 255 by both settings in lightburn already)

You’re likely using ‘GRBL’ as the device driver in LightBurn, which uses Variable Power mode (M4), and using ‘Constant Power’ mode (M3) in LaserWeb. Since you haven’t said what you have, I’m going to guess it’s a 3018, since we see this all the time with them.

On those units, the maximum travel speed is limited to about 8.3mm/sec (500mm/min). If you tell the controller to go faster than that, and you’re using Variable Power mode, it reduces the power output to make up for the fact that it can’t go as fast as you asked it to.

If you use the GRBL-M3 driver in LightBurn, or ask the machine to go at or less than it’s maximum speed, you should see the same behavior as LaserWeb.

If i use the m3 mode it’s burn the edges badly (it’s won’t do it in laserweb) in m4 edges are same as all projects … Im not sure why u say that it’s won’t let the travel speed to go over 500mm per min on m4 (I say it because I don’t see difference in speed if I set both laserweb and lb on 2000mm/m).

If it’s burning the edges, it means you’re doing a fill or image engraving, but haven’t turned on overscan. That can be found in the cut settings if you double click the entry in the cut list window.

I did say I was guessing - you haven’t shared your settings yet, or any information about your machine other than ‘GRBL’. If you can provide mode details, we can give better help.

Type $$ in the console and press enter, then copy the text that your board responds with into a message here. That will help. 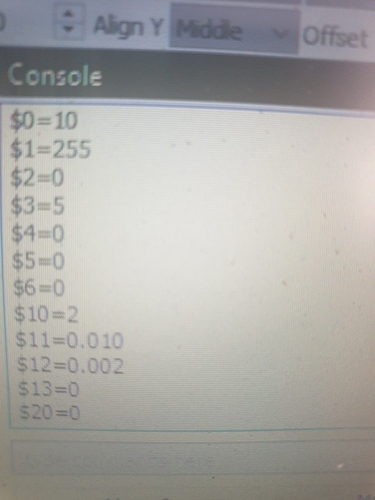 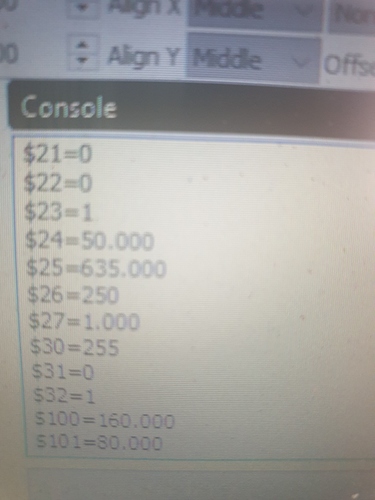 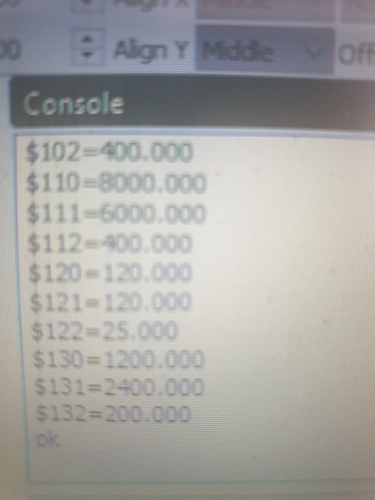 It is a setting that can be tuned. Your acceleration values are very low ($120 & $121) so your machine is going to take a while to get up to speed. You will need a higher overscan value than the default. Run some short tests with a small filled square, and keep increasing the number until the edges are not burned.

I didn’t tell you change the acceleration, just the overscan. If you want to change other settings, you will need to experiment to find what works for your machine.

Then you may need to increase acceleration. 120 is very slow, so your machine takes a long time to get to the speed you ask for. Try 300, and you will likely see a reduction in the burned edges.

My smaller diode lasers usually use about 700 to 1500 for acceleration.