I am using a homemade Lowrider2 CNC machine with a NEJE 30W (input power) laser.
Attached are some test burns which you can see go way outside the edges of the squares. Any advice or settings to fix this?
The lowrider2 is not the most stable platform especially doing small precise movements. 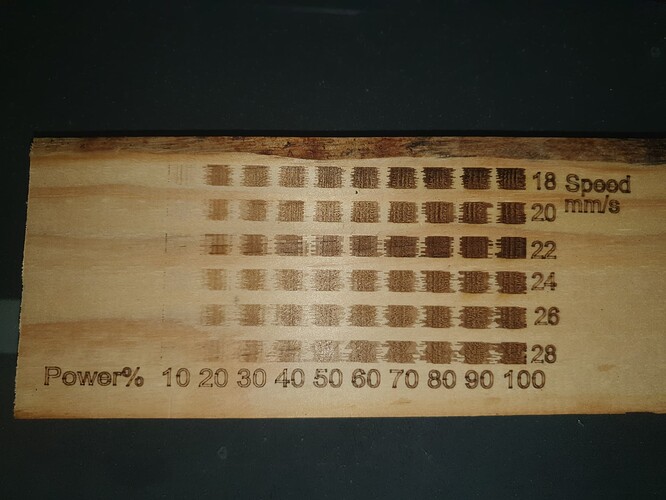 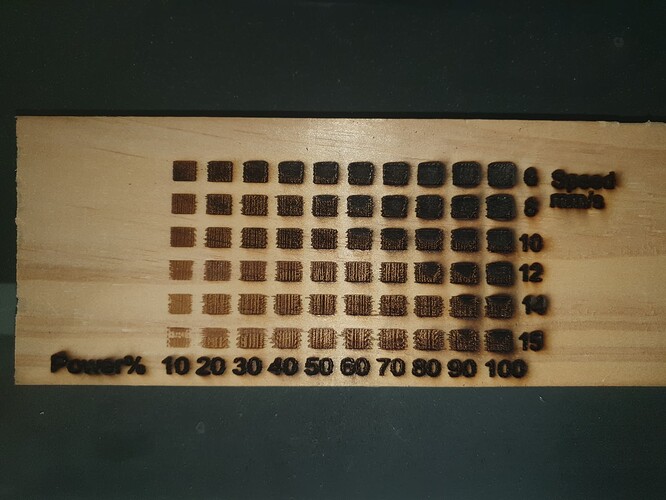 I hadn’t heard of the Lowrider2 CNC so looked up some information on it. It’s an interesting platform but I think some of the design elements of it are going to make it inherently a challenge to get clean accurate burns with a laser. Having said that, let’s see how it can get tuned.

Can you share some high quality photos of the actual CNC setup? Might provide some additional insight of where to focus or where some of the artifacts may be originating from.

Let’s start with some basics.

Let’s talk a bit about some of the architectural challenges with the design.

Can you share the .lbrn file that you used to burn the samples in the photos? I’d like to review cut settings and laser path used for the job.