I have been cutting ornaments with front and back pieces from 1/8 hardwood using k40 Whisperer on my K40.
I had issues of erratic cutting (replaced by perforations corrugations in part of the cut vector) so I thought I would upgrade to a Cohesion board and Lightburn to see if I could isolate the problem. It has happened once since, so I will have to wait till it happens again to try to solve that.

In the mean time I now have a new problem that I didn’t have before upgrading. I import .svg files made in either Rhino 6.0 or Inkscape. A file may have the obverse, the reverse (mirrored perimeter plus text), or both in one file.
Before, the pieces fit perfectly. Now, they are slightly off, say up to a millimeter of overlap in parts of the perimeter. This is significant for me.
I have tried to recreate the image in Rhino using a different axis for the mirroring plane to no avail.
Today I imported just a snowman perimeter into Lightburn, duplicated it and then flipped the duplicate on its vertical access. 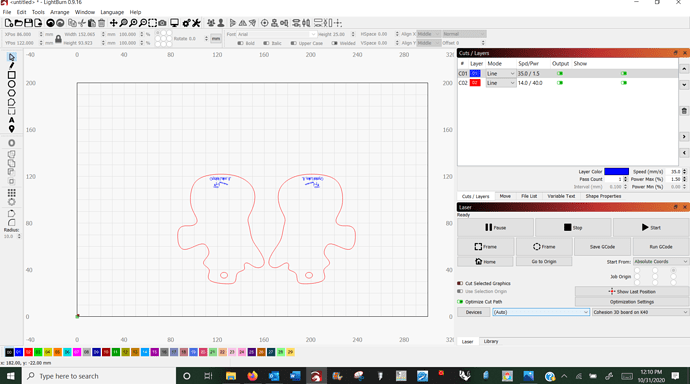 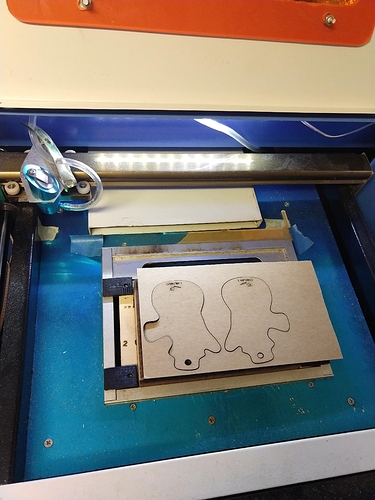 Cutting mirrored perimeters3024×4032 1.37 MB
And the results are still the same; flush on some areas results in overlaps in others. Not big but significant. Not just x or y directions that I can tell. 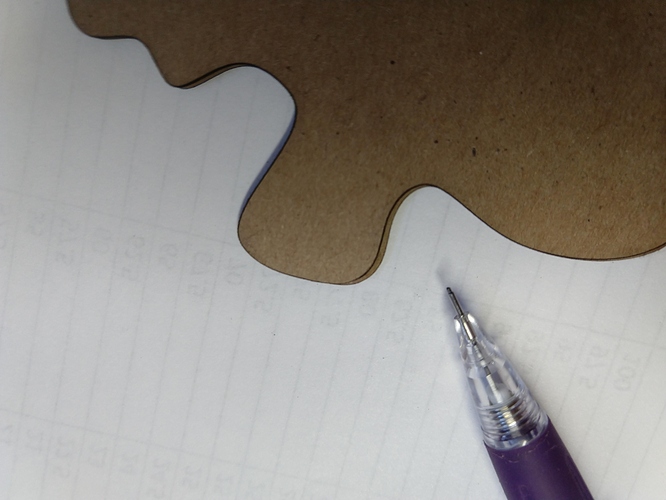 Cutting descrepancy of mirrored pieces4032×3024 608 KB
Has anyone else had this issue with the Cohesion3D/Lightburn combination?
Advice appreciated.
I’ll check back again next week.
Bob
LightBurn (Oz) October 31, 2020, 9:50pm #2

The most likely answer is that your laser isn’t perfectly square, but a slight parallelogram. Draw a 100mm rectangle and measure the diagonals. If they aren’t exactly the same, that would be your answer.

Thanks Oz.
The results were different as you expected; 140.5mm vis a vis 142.2mm.
Looks like I better do some realignments.