I watch a lot of Mouse Trap Monday and I began recreating / refining designs. Here are a couple I have been building utilizing the laser and LightBurn. 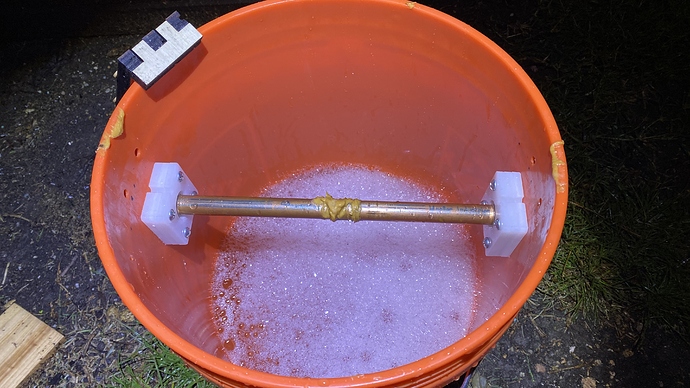 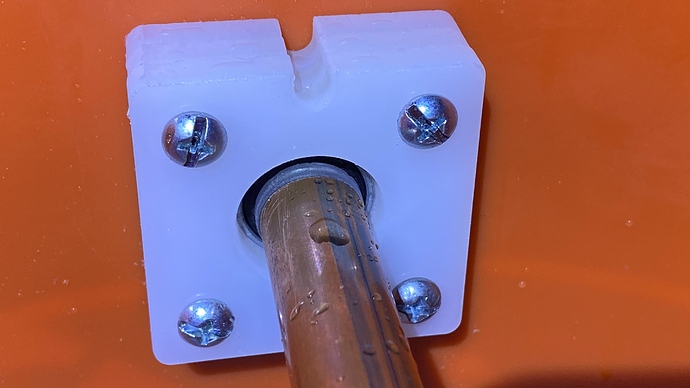 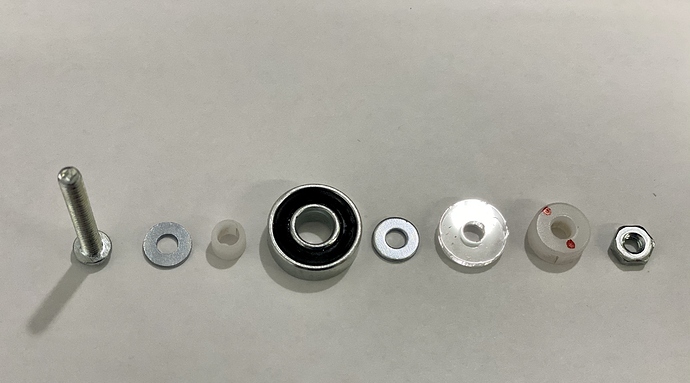 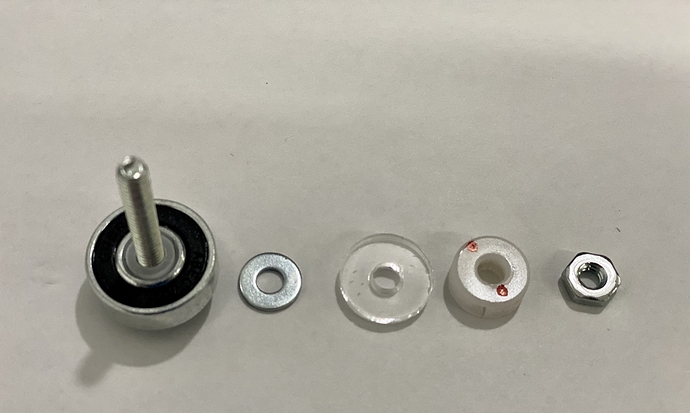 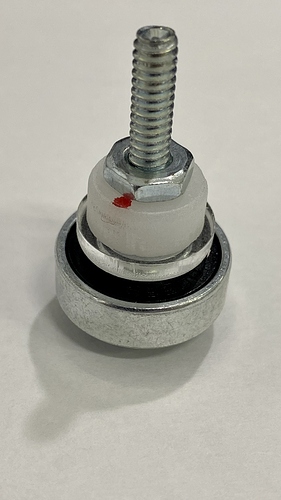 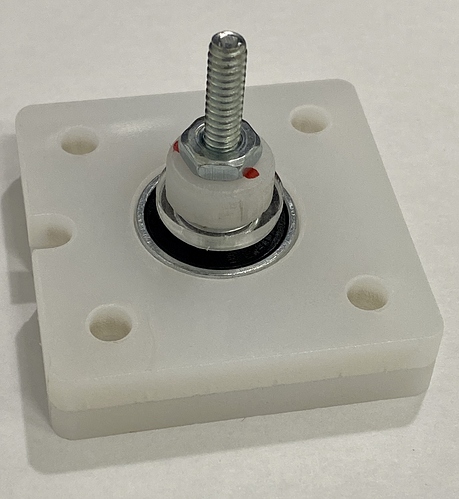 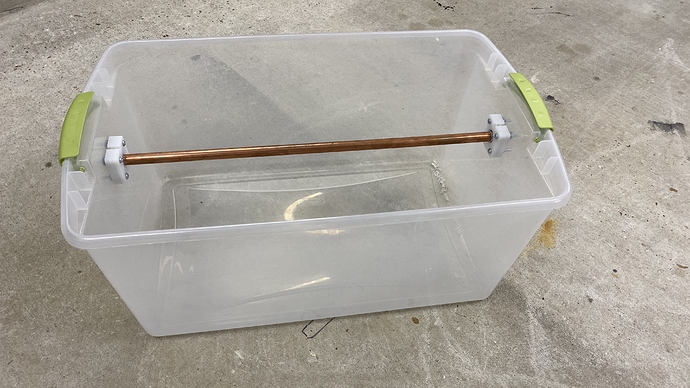 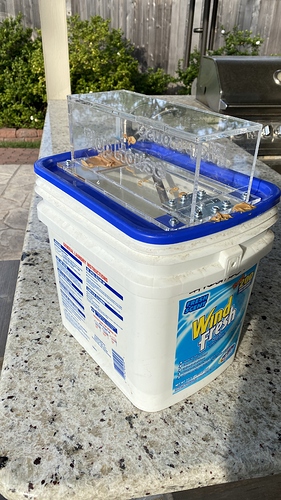 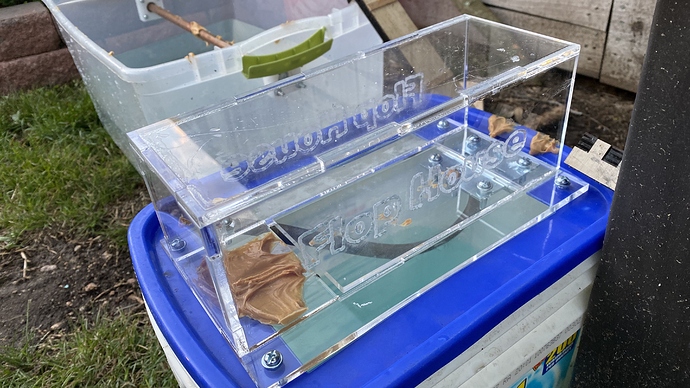 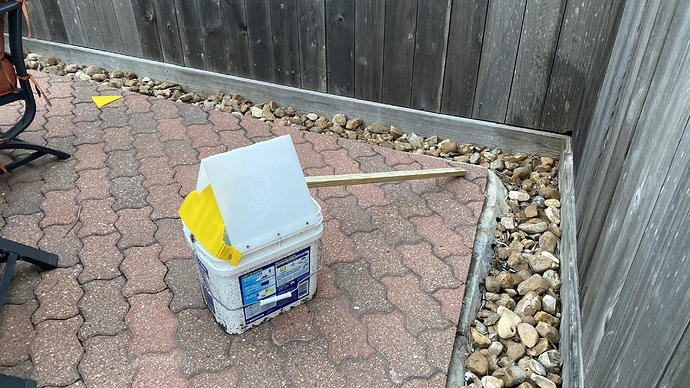 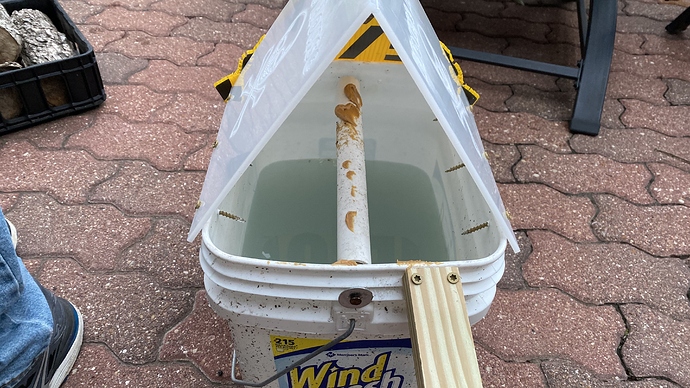 Do you have a lot of rats/mice?

I am guessing, not any more!

Recently my back yard became a feeding ground to mice and rats because of my desire to feed squirrels. I had to stop feeding my little buddies (the squirrels) and now have to get the mice and rats to move out or die out.

They are just rats with bushy tails!

This is my favorite mouse trap

But… they’re working! This morning: 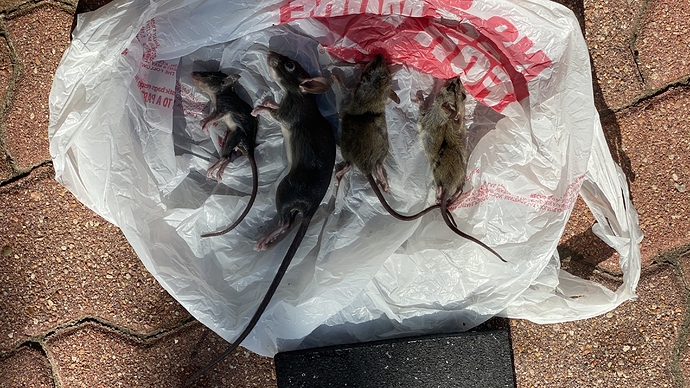 Made me think of an old TV show but in a different light.
“Rat Patrol”

So you let them drown? That’s an ugly way to die.

That’s an ugly way to die.

IMHO death is ugly and there is nothing beautiful about it…especially after rigor mortis sets in.

They look very nice. (Bit not for the mice)
Is it possible to buy the files for the FlopHouse?

No. It is not possible to buy the the files for the flop house. But you can have them for free!

This was the least successful design. The rolling pins are much more effective. I believe the flop house would have worked much better being made of wood. The trap door would have been easier to control and the mice and rats wouldn’t be as scared of it.

So you let them drown? That’s an ugly way to die.

I have not found a less ugly way to kill rodents. The bucket traps are better than the result of a snap trap. Often I find rats and mice in snap traps that have been there for hours still alive. That is an ugly way to die (especially since a rat, racoon, or skunk will come along and eat a trapped mouse or rat while it is stuck).

Ideally, I would like to have a few Goodnature A24 traps, but they’re almost $300 each.

Now that I have contained the overrun population of mice in the yard (I have removed about 18 mice / rats over the last two weeks of using my traps) I see no activity at night and catch about one mouse or rat per night. In contrast, I had days / nights were I was catching 5.

I may just switch to keeping an Ebung Electric trap out there.