so i have a ruida on my omtech 55w i did the air assist up grade with 2 solenoids to wind and status for low pressure. issue i am having is no matter if i turn off or on the air assist in lightburn the high pressure always kicks on. What am i missing?

Do you have a diagram for how you wired and routed the air?

That won’t be enough to base an evaluation on. Can you pull together a diagram that shows what you’ve done? It needn’t be pretty, just complete, showing the location and routing of components.

Sorry thought i uploaded the pic 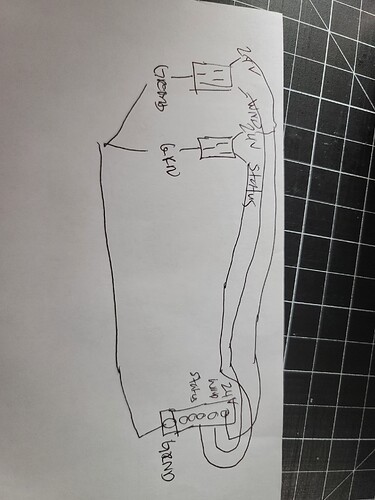 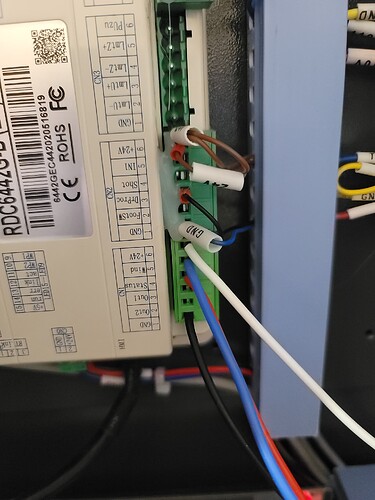 No worries. How are the air tubes situated with respect to the solenoids and the output at the laser head?

And can you confirm what you’re expecting to happen during these 3 states:

So weither air requested or not it sends full air, no full air at idle

Air is tapped into the stock air assist. Compressor ran to 2 solenoids then into a y, into the orginal air line

You need to print on the schematic, are you a Doctor?.. looks like my doctors illegible scribbling…

If you followed a video… Please post the link so we can check it out.

I’m guess you have the solenoids wired incorrectly…

The solenoid coil goes to 24V and then to the Ruida… there is no ground connection to the solenoid…the Ruida pulls it to ground… or completes the circuit to ground… You should put a small signal diodes on each coil for back emf.

Looks like you have yours wired ‘on’ all the time…

I use the same scheme I believe… assume the solenoids are something like this? 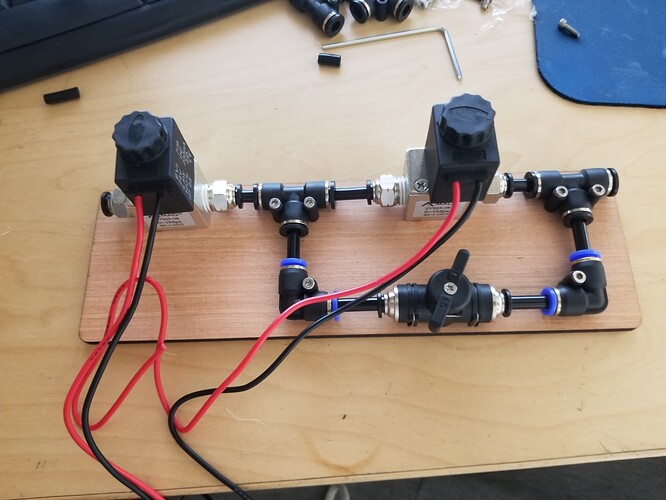 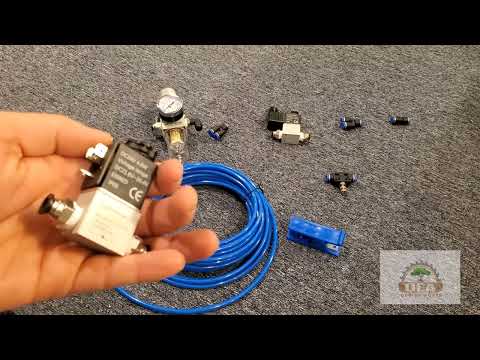 also each one has a diode already installed on it

This is the solenoid that is specified by the video… 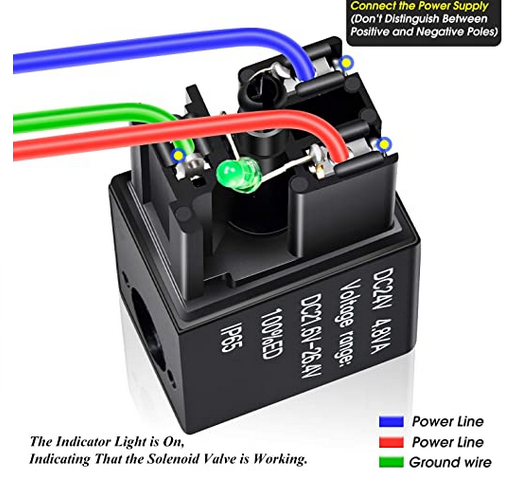 All the ground does is to allow the led to illuminate, it’s probably on, until you removed the ground.

There is no diode here, you need to add one.

The two terminals at the top (Red and Blue) are the solenoid connections.

Is that how it’s wired?

Do you have a voltmeter?

EDIT: AT 8:16 THAT IS NOT A DIODE, THAT IS A RESISTOR. I WILL LOOK INTO MAKING ANOTHER VIDEO TO INSTALL A DIODE. THE DIODE SHOULD ONLY HAVE ONE STRIPE ON IT AND WILL BE CONNECTED BETWEEN THE TWO POWER TERMINALS. THE END OF THE DIODE WITH THE STRIPE WILL CONNECT TO THE 24V SIDE, THE OTHER END WILL CONNECT TO THE TERMINAL THAT IS WIRED TO THE WIND OR STATUS TERMINALS ON YOUR CONTROLLER

Which wire do you have going to 24V, red or blue?

Didnt see that part, i have blue going to 24x

Hopefully that 24V… then red to the Ruida ‘status’ sink?

I have a chep voltometer how would i test that? Ill snap a pic of the diode

You got two out of three questions.

With your voltmeter you can measure from the 24V to the Ruida input. If it’s switched on, you should read 24V. If it’s the Ruida is not active, there will be no ground, but it won’t be 24V.

If you would just do the simple things that are asked, such as disconnect the solenoid and tell us if air is released or not, you’d cut this thread by 1/3. And you’d have the problem fixed.