I am a little bit confused where I did things wrong. I created a blueprint in FreeCAD for a dice tray I want to cut with my Ortur Laser Master 2.

To not waste too much wood I first decided to prototype it using some corrugated card board (by the way, I love Lightburns ease of use and that I can now prototype without having 10s of wood pieces I can just put into trash)

However, the laser goes over the form 3 x 3 (aka 9 times) which is way to much of course for “some paper”.

I have attached my file (only one of the pieces selected for output). Hope this is ok. I basically imported the shapes from svg which were exported from FreeCAD.

Can anyone tell me where I went wrong?

Thanks a lot in advance!

You have multiple sets of shapes on top of each other. This is likely an artifact of how it’s being handled in FreeCAD. 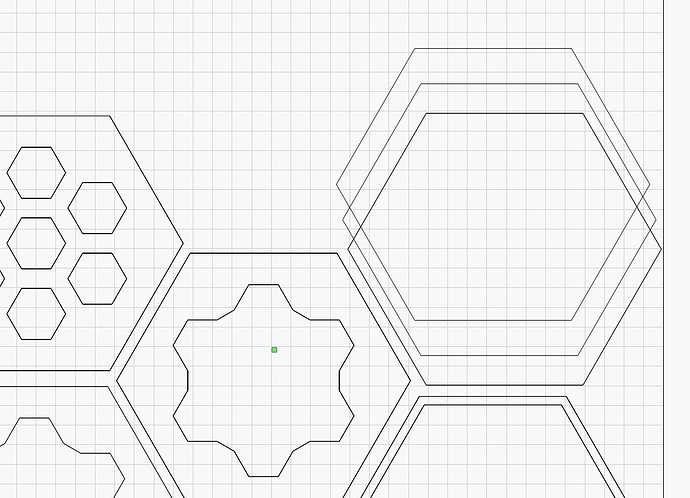 I recall this being an issue with some versions of FreeCAD exporting to Flattened SVG but thought this would only create 2 sets of lines. I can’t recall what the remedy was for this situation, however.

In the meantime, there’s a bit of funkiness going on where it looks like there are disconnected line segments that are actually 2 sets of shapes on top of one another that are compound shapes or something. They’re only breakable by using Arrange->Break apart.

Thanks a lot for the feedback.

Looks like I need to set up something differently in FreeCAD as I had exactly the same problem when exporting to dxf from FreeCAD and importing into LightBurn.

It was definitely a known issue but thought I saw that it had been solved in later versions.

Let us know if you happen to solve it.