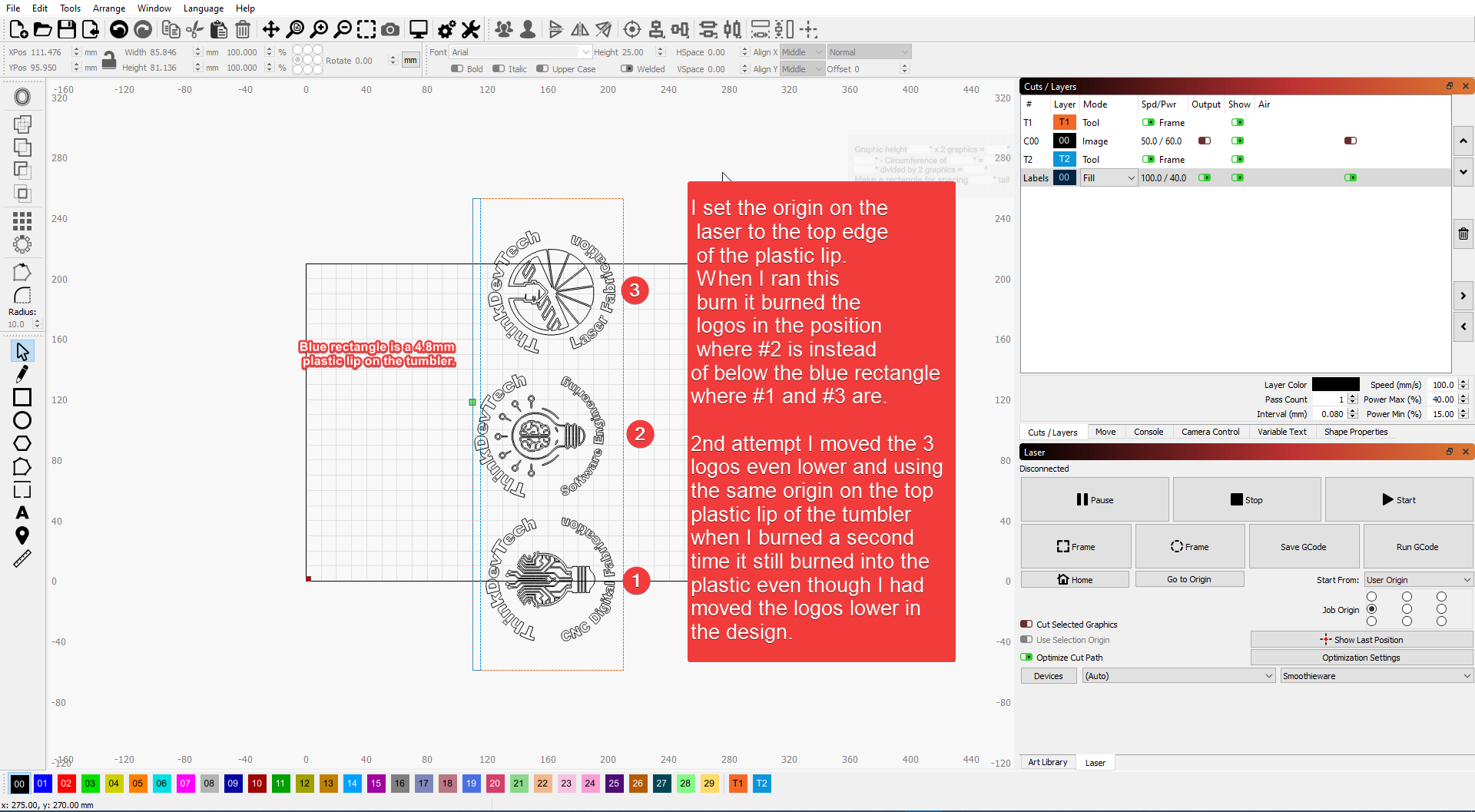 I would turn the IMAGE layer off (turn show tab to off, or delete that layer) see if that helps solve the problem.
Thats assuming I’m understanding what you are asking…Are the 3 lables meant to be at the same level?

First, you need to insure you have the device origin set correctly for your device. Device Settings - LightBurn Software Documentation

And this is worth review, Coordinates and Job Origin - LightBurn Software Documentation

Pretty sure I moved the correct layer, I could physically see it moving on the screen.
When I did both burns I turned everything off for output but the C00 layer.
The three labels are meant to be the same level but I moved #2 just to show where it was actually ended up burning.
Its like it didn’t care where the logos where in the layout of the design and more like it said “you said to start here (origin) so that is where it started burning the actual logos.” Like the real origin was the bottom left corner of the first logo. 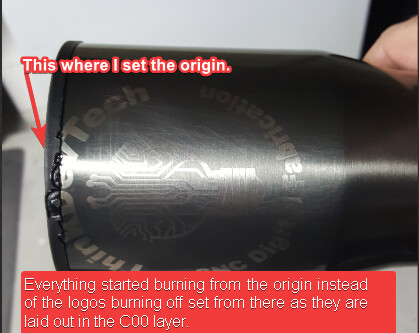 Yes in the device settings the origin there is set to front left. And I have read that information Coords and Origin in the documentation a couple times.