After having great success with some simple cut-and-assemble “stained glass” projects using colored acrylic sheets, like this… 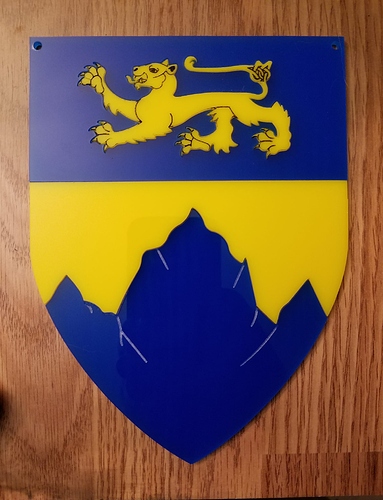 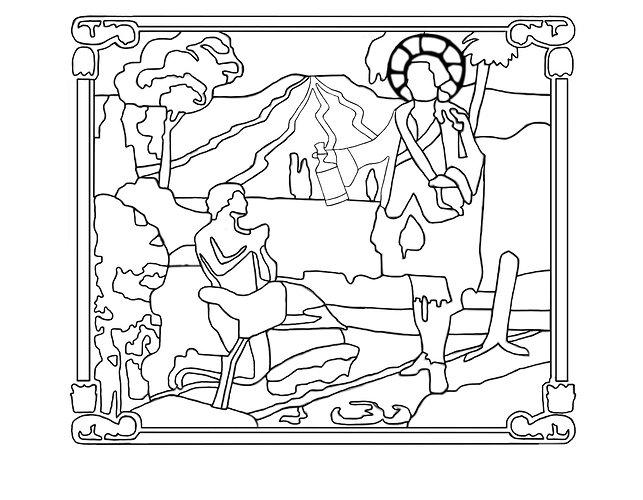 Outlines for vector trace port to Sketch1500×1165 293 KB
… imported it into LightBurn, and traced the pattern. You already know what I encountered – double lines instead of single, and weird connections that cannot be casually reassigned. It’s an unusable mess.

What I really, really need from LightBurn for a project like this is (a) a center-trace function, and (b) a puzzle-template function that will take a finished vector design and ‘blow it apart’ automatically to separate each closed shape into ready-to-cut elements. Is there any hope of either of those, anytime soon?

Also, in the absence of those functions, can you suggest any work-arounds that will let me do what I am trying to do, anyway? This seems like such an intuitive thing for people to want to do with a cutting laser, and yet it seems so far out of reach. Even if my particular project is unusual, the same functionality would also enable someone to create a puzzle of the United States featuring fifty state-shaped pieces, or elaborate wooden inlays.

Thank you for your time. I would be grateful for any help or insight you can offer.

You are correct, At present, LightBurn will produce boundary tracing and does not currently support center-line trace results.

I also point your attention to the upper-right header of the forum where you will find a link to our feature addition voting system. You can add your support for center-line tracing support there.

Center-Line Trace is already gaining votes so add yours via this link: https://lightburn.fider.io/posts/371/trace-center-line-option

Even if I could switch to a mode in which vector cuts could temporarily be treated as graphic elements so as to be selected and manipulated easily – without losing Lightburn’s “awareness” that these are vectored elements – that would make it easy to perform any and all necessary “surgery” to achieve the same result.

Even the ability to make and modify curved lines would go a long way to resolving the issue.

Have you looked at the node editing tools available in LightBurn? If you hover over a tool and hit ‘F1’, LightBurn will present context-sensitive Help. Additionally, here are a few links that can help in understanding vector manipulation in LightBurn.

And we also have a bunch of videos available on YouTube to help as well. 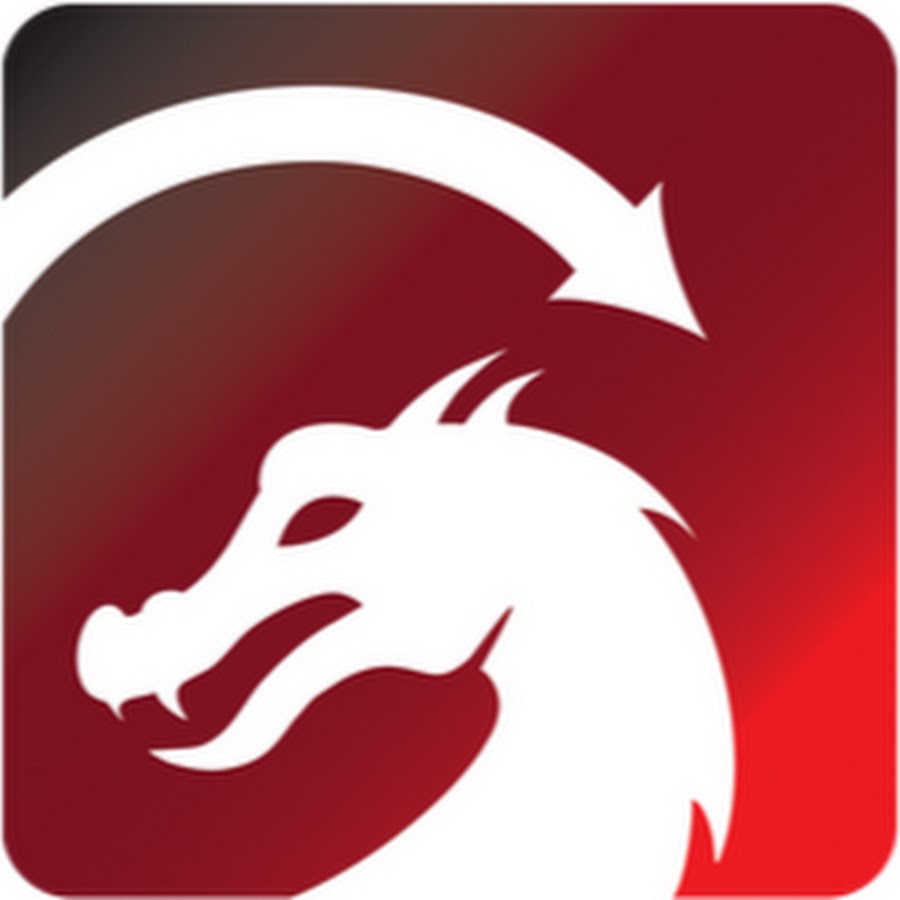 I am grateful for your engagement and support. I have done a fair amount of research into LightBurn already – and there is always more to learn – but all I have managed to find so far are imperfect, incomplete and time-consuming work-arounds.

Every single closed section of my diagram, above, is essentially a custom puzzle piece that must be cut separately from sheet-acrylic to fit seamlessly with its neighbors. Any suggestions you can offer to help me make that happen in LightBurn will be gratefully accepted.

for a project like this is (a) a center-trace function

I can’t help with most of what you’re looking to do, but I will mention that the latest version of Inkscape (1.0) now does center line tracing.

For the work you are wanting to do, I would suggest the fastest at this point is to start with an editor that will give you center-line tracing. I believe InkScape, an opensource graphics editing tool, provides this function as well as other well-known paid graphics editors. Save the resulting works as an SVG file, then import into LightBurn for any final edits and setting laser specific options such as the speed, power, and cut optimizations for this job.

puzzle piece that must…fit seamlessly with its neighbors.

To achieve tight-fitting joints, for press-fitting, inlays, puzzle fittings, signage works, and the like, LightBurn does support setting kerf adjustment, found in the ‘Cut Settings Editor’ exposed when one double-clicks the layer color in the ‘Cuts/Layers’ window.

I did try the center-trace function in Inkscape… and I got “modern art.” I suppose I need to explore that further, and I shall.

I have used the kerf adjustment already for my simpler inlay work, and it works well; but while it’s great for one thing fitting tightly into, or against, another, that’s not my issue. I may not be explaining it well, so let’s see if I do any better the second time around. Here is a fragment of my design: 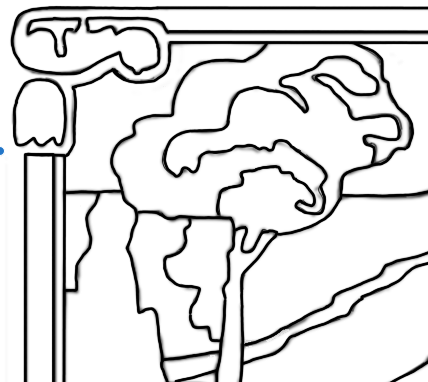 Every single closed shape in this small section needs to become a separate “puzzle piece” cut from colored acrylic.

Does that make it clearer?

It does, but this is a highly specific workflow for a single purpose, not a general “laser software should have this” feature.

I was going to suggest trying the original, doubled-up lines you got from the trace, as those are all closed shapes already, offsetting each of those outward slightly to see if they mate well enough to be your puzzle, but then I noticed your original lines aren’t even the same thickness. The gaps between parts won’t be the same size, so offsetting will result in some that fit, but many that don’t.

A centerline trace is planned, but it’s going to be a while. We license the Potrace library, and it doesn’t have a centerline trace feature, so it will have to be written from scratch, and it’s not a simple thing to do.

An automatic “cut me a puzzle from this line soup I made” feature is really unlikely - it’s hard to take an unstructured file and slice it up the way you’re asking.

Just for fun I dragged your image through Inkscapes centerline trace (with default settings) and got this. I’m not sure where to go next as far as making it “individual puzzle pieces” without considerable time consuming node editing. But this is a problem I’ve also faced doing a similar bit of puzzle work so I’m certainly interested in a good solution.

Aargh. I wish the forum would allow posting SVG. Here’s a lbrn and a PNG 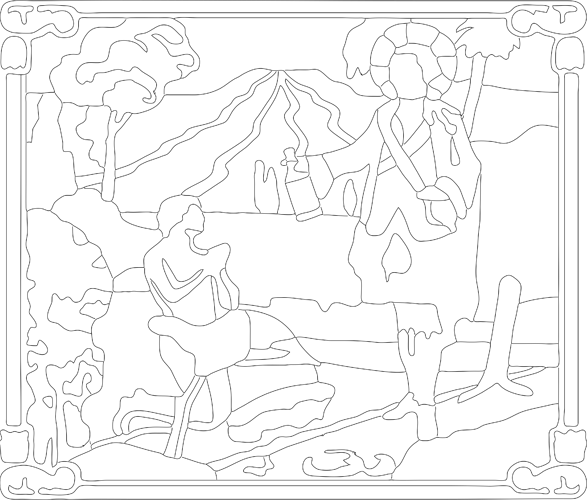 SVGs can contain arbitrary HTML, so they’re a security risk unfortunately. If you exported an AI file, that should work, because they can’t contain malicious code.

Thanks Oz for that explanation. Just when I thought I was gonna get through the whole day without learning anything.

I tried colors, but since everything imported into LightBurn becomes grayscale the contrast becomes minimized. I seem to have found an alternative solution in Inkscape, where I familiarized myself with nodes and used the Bezier curve tool to “trace” my lines. Having done so, I am now in the painstaking midst of creating a separate cutout template for each separate closed shape by copying all the separate paths that create it, pasting them to a clear area, deleting all nodes that are not part of that shape, and then grouping the elements of the finished shape and staging it with others of the same color. 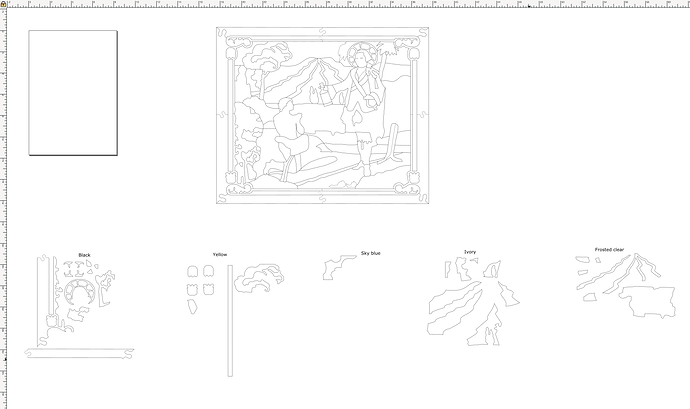 When I am finished with this, I plan to import my work into LightBurn for further preparation. Do you foresee any problems in LightBurn from using these grouped shapes composed of differing paths?

No, those should work, though it’d be wise to try one now just to make sure.

Excellent suggestion, and I’m slapping my forehead not to have thought of that. I imported the file I am creating, and based on the preview screenshot below, LightBurn seems good with it. That’ll do for a proof-of-concept, at very least. 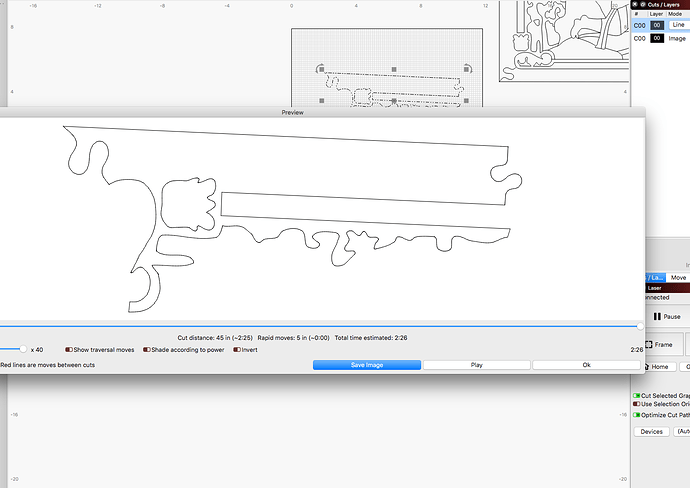 Until I hit the next next-level snag, I’m thinking this works as a solution. Thank you so much for your time and support.