I have an odd problem where what look like two separate vectors are acting like they are connected somehow. Plus it is showing as not closed which I sort of understand since the larger of the (what should be two) vectors has an endpoint in the upper left that will not connect to anything.

The part that is really confusing me is how the smaller shape appears to be part of the larger shape even though there are no connections between the two, and they are not grouped together.

I am sure there is a simple explanation, but I just can’t see it. Best I can tell it is a clear example of quantum entanglement.

By importing the file to Inkscape and using Path, Break Apart, I was also able to create independent shapes, but I did so after breaking the nodes in Inkscape as well.

I have no explanation.

Thanks for looking at it. At least I know it is not something stupid I did.

The file (your sample) shows one shape as seen here in the text version:

See the difference here when I use your file, export to SVG, then import back to lightburn: 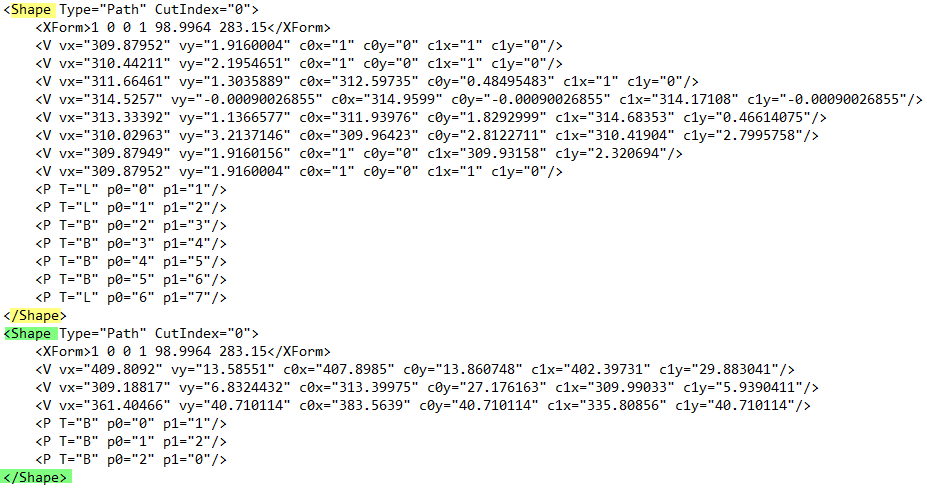 That is very odd, how can one shape appear as two unconnected vectors?

The way I got this strange artifact was image tracing a bitmap image.

The sled is showing the dot-dash pattern, so it’s just grouped. Ungroup and they are distinct parts.

Regarding the original, it’s possible with LightBurn’s internal representation of shapes to have disconnected paths that are still a single shape (IE a compound path). Text is a good example of this. We try really hard not to let the system make these, but there are still cases that slip through. You can use ‘Break Apart’ followed by ‘Auto Join’ (Alt+B, re-select, then Alt+J) to rebuild these back into disconnected shapes.

Yes, the second one was my fault, it was grouped.
I have never used the Break Apart command before, I see it now under the Arrange menu. Thanks