The computer I’m using is a Lenovo ThinkPad with a i7 and windows 10.
I was looking and looking for a viable camera to use with the lightburn software with mixed results. So I broke down and bought the official lightburn camera ($80) with the 3d printed mount ($30) I figured I couldn’t go wrong with it.

I bought the official camera from cohesion3d.com. Installed it, it took quite a bit to get the camera to calibrate. Like 3 hrs… It’s favorite score is 8888.0 for some reason. But playing with lighting and A LOT of cursing, I got every score 0.3 or better. My real problem is the overlay. My attempts to do the calibrate camera alignment was horrible. 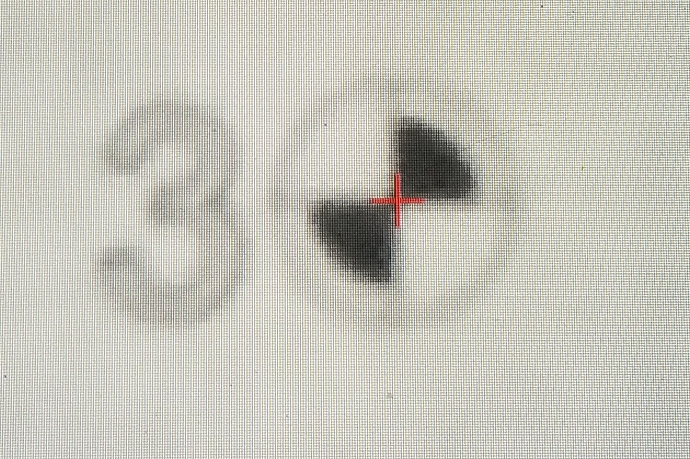 Bear in mind, this is less than 2’ from the bed.

I watched the videos on YouTube and the images there are decent. So unless there is a setting that I’m not aware of, if this official camera REALLY is 5mp, then it has the resolution of a 1mp potato. See the pic below. I’m really hoping there’s some way to adjust the resolution, because this is awful. I’m trying to burn these runs on to 50mm wood disc’s and with the overlay, that 50mm disc is nothing but a blob on the screen. 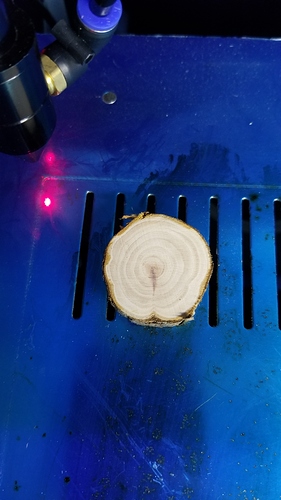 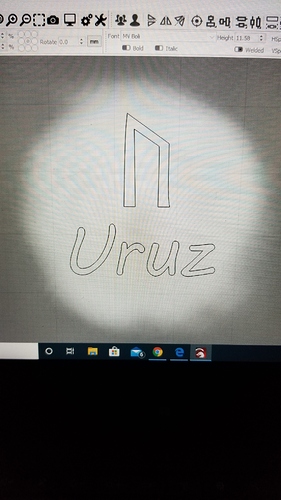 Did you focus the camera? It is manually focused by twisting the lens. “8888” is basically an internal score that means it failed to find the pattern.

I did not know that. This camera didn’t come with any instructions. How do you manually focus it? I don’t recall reading any articles that covered that. 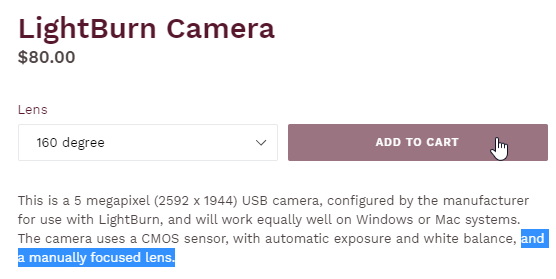 It’s not super obvious, and we’re working on improving that, though most of our documentation does say “make sure the image is in focus”.

This one, for example, on the 2nd line:

The most common problems people have with the lens calibration are as follows: Honeycomb bed is visible, confusing the circle-finding code. Cover the honeycomb with a bed sheet, cardboard, paper, wood, etc. Camera isn’t in focus. Focus the camera as well as you can to get a clear image. Calibration pattern is too small in the view - you want the pattern to fill roughly one of these squares for each capture: [image] Calibration card printed incorrectly - if it doesn’t have exactly t…

Unfortunately, the site I purchased the camera from (cohesion3d.com) didn’t say anything like that. I would say that’s pertinent information.

I played with the focus. The lens feels rather loose. I believe a drop of loctite will help that greatly. After playing with it a bit it’s 100% better now. Thanks for explaining that. I apologize if I seemed agitated… 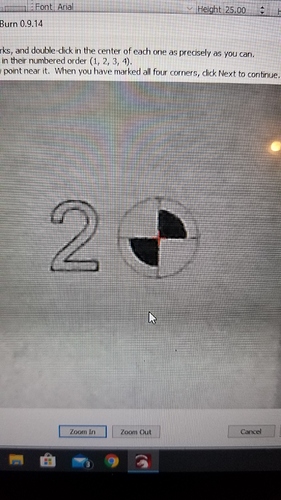 There are multiple camera related articles on the C3D Knowledgebase which is linked from the /start page on our emails, packing slip, website, and so on.

Thank you for your purchase of a Cohesion3D Motion Controller Upgrade!  Circuit Boards are sensitive to electrostatic shock, please ground yourself before handling and observe all proper practices.    All of our Documentation is now...

For all technical support and any other questions, please post to our forum: Cohesion3D Forum

I went through several camera articles. One provides a video is the one I watched. It doesn’t cover the focus process. After going back through again, the only article that does cover focus is listed under the link: “The written install documentation from LightBurn is here: [LightBurn Camera Documentation]”
Which I admittedly came to the conclusion it was merely a transcript of the video above it. Therefore I dismissed it. A mistake on my part.