I am using Lightburn for a homemade plotter and often and consistently at the same spot the pen will not lift resulting in a mark that is not intended. It will always happen at the same spot or around the same spot and I cannot figure out why. I thought it might be an issue with my computer and maybe I had too many things open or something, but that doesn’t seem to help, nor does turning my computer on and off. I am running a mac.

It honestly feels like a bug because I have generated g-code from Inkscape and never had this issue and it sometimes happens and sometimes not.

Attached are some images of it happening and not happening.

Any Thoughts on how to fix it would be amazing, thank you! 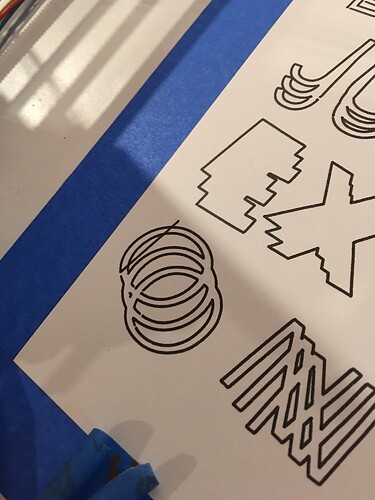 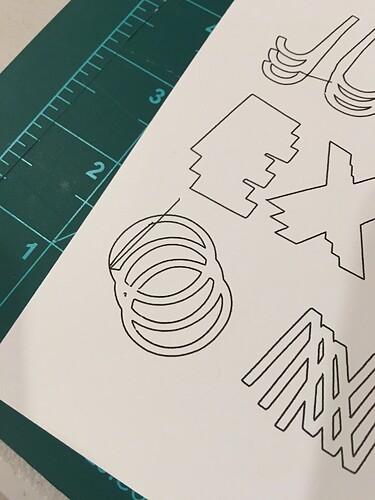 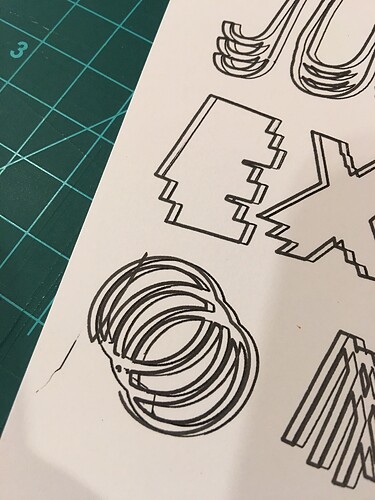 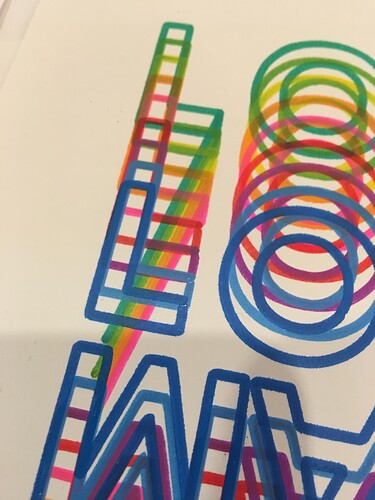 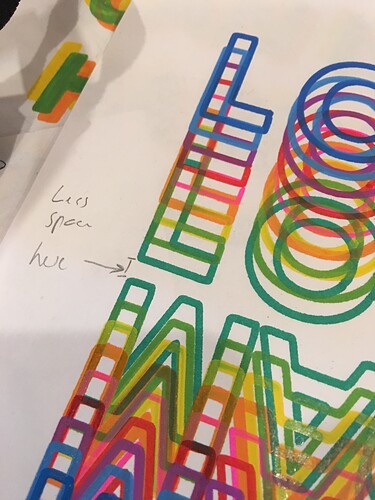 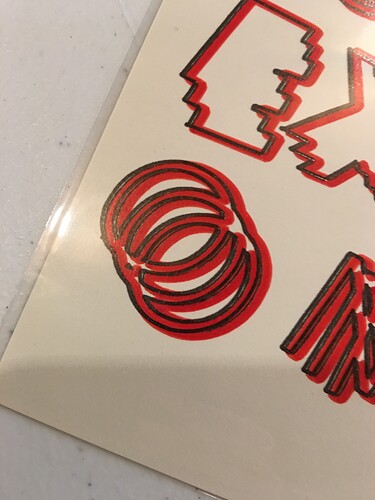 Very likely it’s because there’s no delay between when the pen is told to lift and the machine starts moving. Whether or not you see this as an issue would often depend on how flat your paper is.
Go into the advanced tab for your cut settings at add a 200ms delay to both start and end pause time. And check “Cut Through”
This will cause it to pause before it starts moving both on pen drop and lift. 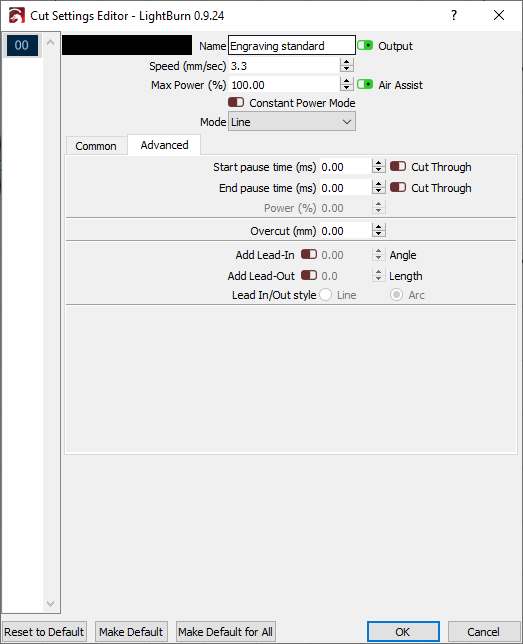 Hi Adam, thanks for the reply! I should have included a screen capture of my settings because I am using the advanced settings as you recommend (you were the one that told me about them, which was a game changer for me, thank you).

I have attached the screen capture of the settings I was using.

Perhaps I was too quick to suggest that it was a glitch and it is likely human error, but the odd thing is that it seems to correct itself/it doesn’t always do it. For example, in the rainbow colored print from my previous post, you can see how many layers I was doing (I started with the Green and worked my way down to the blue). For thes 6 (out of 9) layers, the green all the way down to pink there was a line starting when the machine finished drawing the “L” and moved on to the other letter below. This was not an intentional line and is the mistake that I’m trying to solve, I should have mentioned that in the post. Notably and perhaps magically, right after the pink layers the red layer does not have that line between the “L” and the next letter below. It was as if it corrected itself and was able to lift before moving on to the next letter. More importantly, no settings were changed between that pink and red line.

Could my servo be slow?

attached image of LB advance settings for the line that i was trying to make.(with the project in the bkgrd) 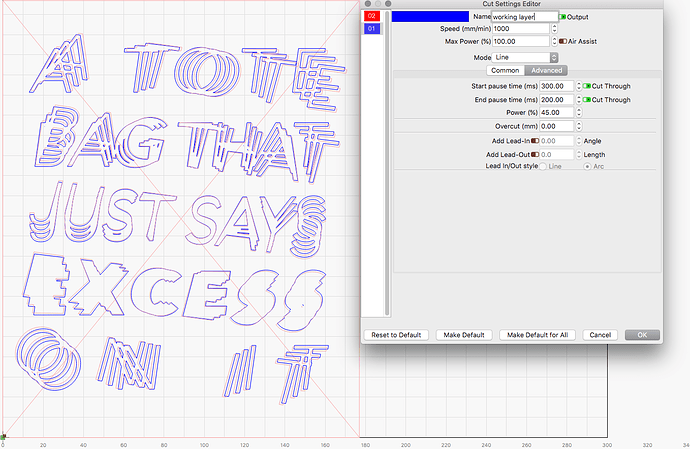 thanks again for all you help