Please help Laser wattage not being controlled by software 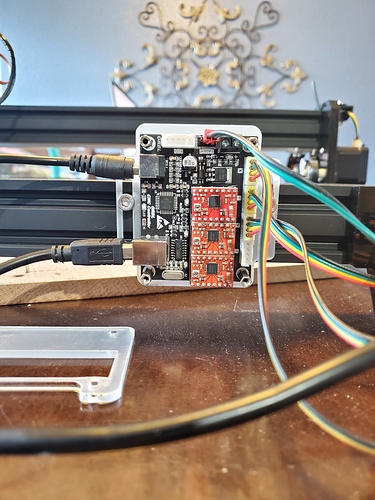 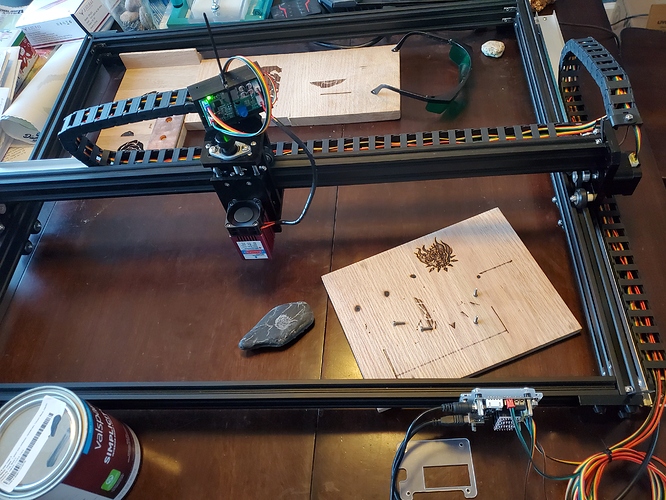 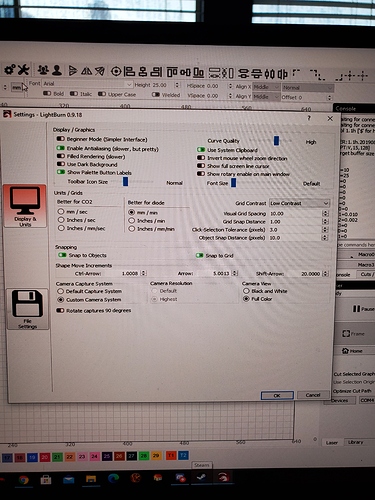 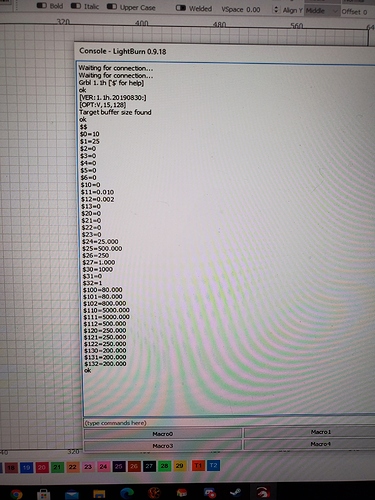 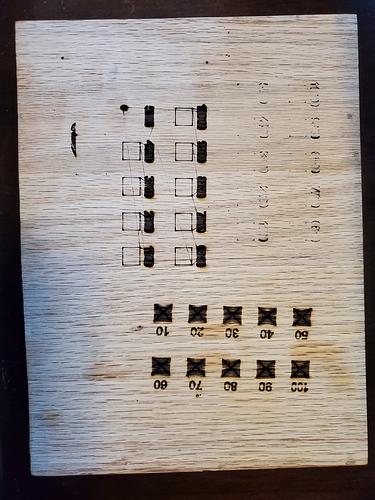 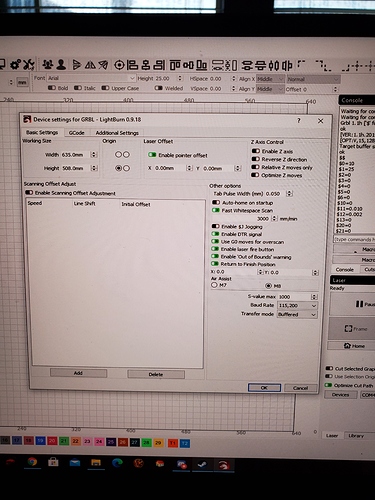 the picture i uploaded is a board of oak i burn 10 squares ranging from 100% power down to 10% power stepping down by 10% per square i cant seem to get m laser to follow the power i set per cut it also doesnt turn off when i white space not sure if it grbl a faulty laser or user error. i read something about flashing my control board which i understood as redownloading grbl on my board is this correct and coud this help fix my problem?

Is that laser module intended to work with your controller? Does it support PWM power control?

So this was a complete package then, not a laser that you added?

Nothing in your settings appears to be wrong, so I would suspect a wiring issue, something incorrect with the physical setup, or a faulty laser power board. It looks like it’s just on all the time, not responding to power commands.

thank you i was thinking it was a power issue as well i emailed universal engravers but they havent gotten back to me yet though i woud reach out on here and see if i was doing something wrong. and correct is on all the time. thanks for the help. i will wait for universal engravers

The wiring looks correct. I have the same engraver and i’m having the same issues of software not being able to control laser power output. I would think that the blue dial we have that controls power is simply an override for “max” output and the controller has the ability to control the output below what the dial is set to but i haven’t been successful. And Universal Engraver support is less than crap. Plus language barrier…

Oz - I have been searching the forums and haven’t seen any solutions to the Universal Engraver electronically controlled power output issue we all seem to be having… have you heard anything about if this issue can be resolved? 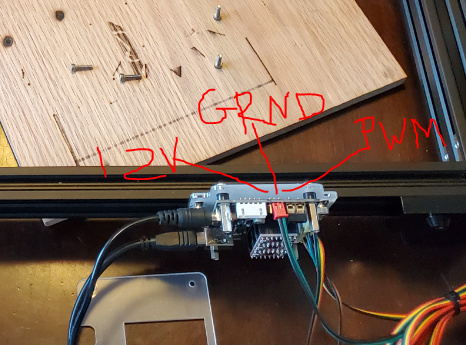 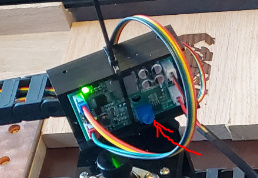 Sorry, but I don’t know anything about this hardware.

I have the same machine and can’t even get the laser to fire when I have it connected to the computer can you share your code settings?

so i went through universal engravers support and they sent me out a new control board a different one the it orginal had and did a test burn which came out worse in frustration i flipedthe little black switch on the laser board up towards the red and yellow wire and it now works perfect i tried that will the old board with no luck. but after the new board and flicking that switch up it now works 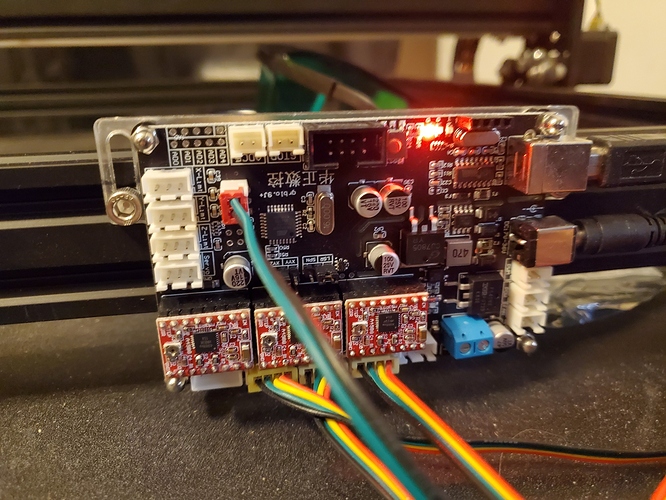 Jacob, i simply bought a new laser that didn’t have the manual control knob and it works…

Still having difficulty with proper results on burn quality… trying to follow exactly what this video shows and my image quality is garbage. I attempted to do a square power sample test which gave me results similar to his demonstration… however when i went to burn the image the depth and quality was WAY off… all of my settings were the same, image processing the same… one thing i noticed also which i didn’t understand was there were some instances of opposite burning (no burn where there should be a lot of burn - as shown in the norton white tile painted black processing technique) 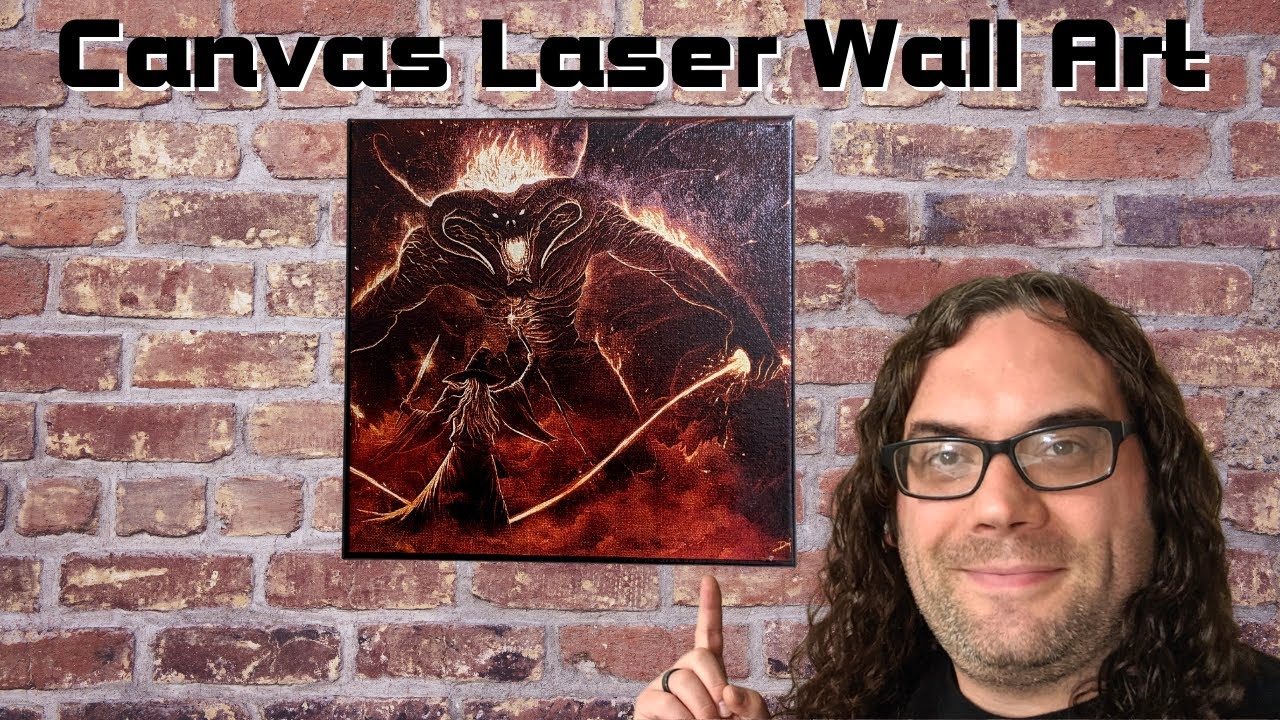 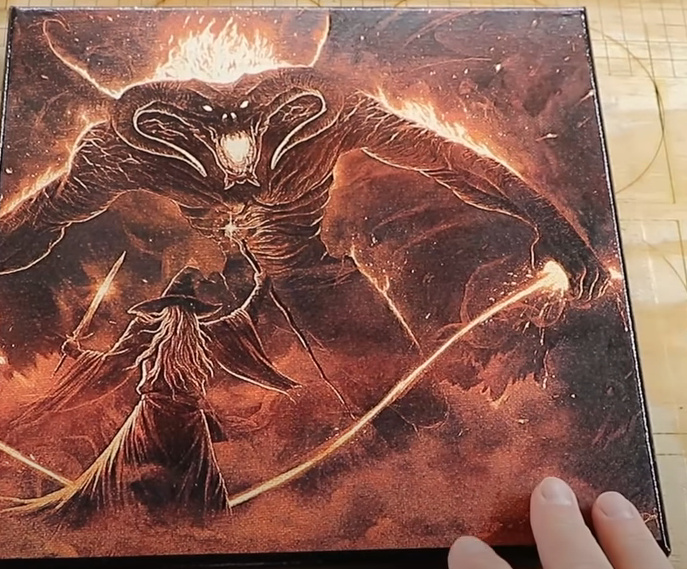 @LightBurn
Do you have an idea why this is occurring? The square test showed some sort of transition on depth as power changed… however the laser was on constantly and just moving back and forth. On the image, there are on/off dots, which may burn differently? I used the same DPI as the person used in the YouTube video as well.