So this is my second large format laser cutter, but my other machine has a Ruida controller and is a different brand, and my new one (RedSail cm1290) has a TopWisdom. CloudRay 100W PSU, RECI W2 peak from factory testing @ 102.2W.

I bought the machine used a month ago, and have been happily using it knowing something was wrong but not sure exactly what. I essentially couldn’t get any kind of soft cutting to work, and was running 350mm/s @ 3% and was unable to NOT cut through 1/8"(3.2mm) plywood on line cuts. Raster was producing around 1/16" deep pockets, which was fine. I knew something was off, and finally installed an ammeter (50mA analog gauge) and discovered I was pushing nearly 30mA on a 3% cut. I dropped the PSU potentiometer running that cut until the laser was barely firing.

The tutorial I read suggested putting PSU to 100% and adjusting the pot, but when I saw the 30mA on 3% I figured that was a bad idea, and instead dropped the pot to ~3mA for 3% and then tried running at 50% and tweaked the pot again until I was at ~13mA. My first clue was that I couldn’t fire it without a few reverse turns of the pot.

Next I tried running a job at 60%, and noticed the ammeter reading out ~9.5mA

Tried 40% and saw ~17mA. Ok, so…somehow the lightburn power percentages seem to be interpreting backwards. This is true on both raster and line cuts.

For additional data, I attempted a photo raster using Jarvis (which I had successfully run before) and I was pretty much expecting that somehow I had messed up something in the wiring. Instead of it cutting in inverse, the photo raster (I set it from 0.1% min to 50% max) was behaving perfectly, with a peak on the dark spots at ~13mA and 0mA on the light spots, exactly as I expected. What the HECK??

Some additional data:
I almost always set min/max power to the same for raster and line cuts (also cause I usually run 3% max for the messing around I’ve been doing), but I attempted a cut at 10% min and 50% max, and it was again pushing nearly 25-30mA (so obviously it was oscillating between power levels and largely sticking with the low number, I assume in corners or something) but I am at a loss as to what could be happening here.

I am neither new to laser cutters nor CNC machines in general, but I have never seen anything quite like this. I’m especially confused about the photo raster working while the other cut paths do not. As it is a TopWisdom I do not have an S value in my parameters, so I can not confirm that. I checked the firmware and I have 3% min, 100% max, 100Hz PWM, and saw no additional options or settings to help with this in either the controller or lightburn.

If anyone has any insight, I would greatly appreciate it. Thanks!

What is the model of your controller? 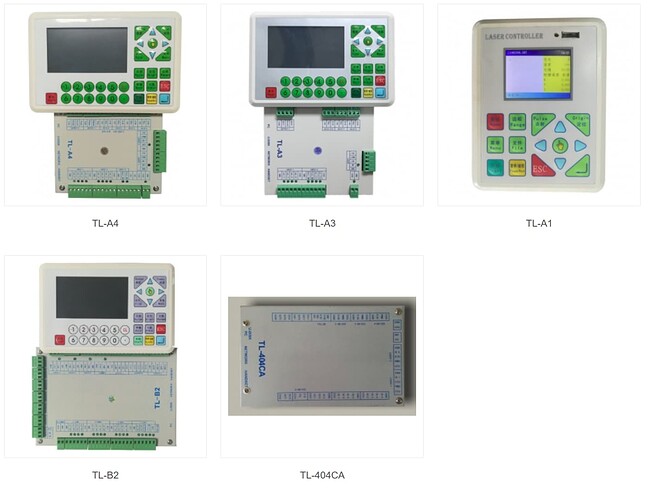 When you’re calibrating your laser PSU, it would be ideal if you can manually set the power level on the HMI (the control panel) and pulse the laser with the HMI.

Don’t know if this is an issue, but the Ruida controller manual states “Laser PWM Frequency is … in general, glass tube is about 20KHZ”

Sounds Chinese…, more power out of the tube than it has input power…

Can you check the PWM input to the lps?

The controller is the TL-403CB

I know the tube was replaced ~200hrs ago. The company that sold it to me (I was able to speak to the guy who ran it the last 5 years) was even forward thinking enough to reset the timer for the tube in the controller.
The RECI tube has a verification sticker of sorts with some test wattages that were used to determine the PEAK output, not the standard 80W that I believe the W2 is supposed to be.

As for the PWM frequency, that is just what lightburn says when you check under the device settings. Seemed a low base freq to me, but I really struggled to get through the TopWisdom manual, as it appears to have been translated into about 19 languages, in order, before getting to english. So nearly unreadable. I am hesitant to blame the PWM freq as the machine is seeming to run exactly as asked, just seems to be interpreting power incorrectly, as described. And I would be even less confused, (though still miffed) if the photo raster didn’t work correctly while the other two cut processes didn’t

I would also like to point out that I tested this in AutoLaser as well with exactly the same results.

That PWM frequency does seem extraordinarily low. It’s probably worthwhile to find some other folks who have that controller and see if theirs is set similarly.

Until you get a better handle on it, it’s wise not to really tweak. Ensure you have a backup of the current configuration and you should be safe.

I only mentioned it because it seemed so low. When you get down to about 1khz and run the head at around 1300mm/s you can see the laser pwm pulses.

Can you control it any better from the console? Set the Max power low and see if it draws large current. Mine won’t lase at under about 9.5%, which seems common, yours runs down to 3%. Just seems odd.

According to the machine, I can’t change the PWM over 100. I tried. I wonder if it is actually @ 100Hz or if it is lying about that.

So, I struggled to figure out exactly how to work with the manual pulse as you can’t really hold the pulse longer than 1s. But I did manage to figure this out.

So the TopWisdom documentation being the heaping pile of s*** that it is, does not mention some jumper pins on the board. But they do exist, and there is a jumper pin to reverse the PWM pulse which I found. It documents a different jumper which is what I went looking for, and when I tried that DIR3 I believe, the laser was 100% on all the time, which was a bit surprising. The PWM3 jumper, however, does indeed flip the signal.

I appreciate all the help. I have now dialed the PSU into spec for the tube, and to no one’s surprise I am sure, I can now not fire below ~8% power. But I do still think it is surprising that the image rastering works exactly as it did before, so I am still curious as to why that one type of cut worked regardless of the PWM settings. Either way, thanks for all the help everyone. I’m marking this solved and I’ll upload a pic of the PWM3 jumper in the controller for anyone with this issue in the future. 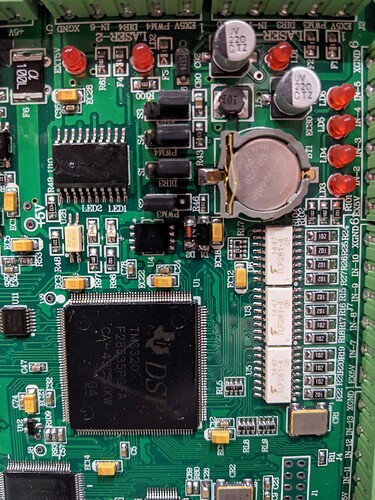