Printing a hard copy from Lightburn

Is there a print function in Lightburn? 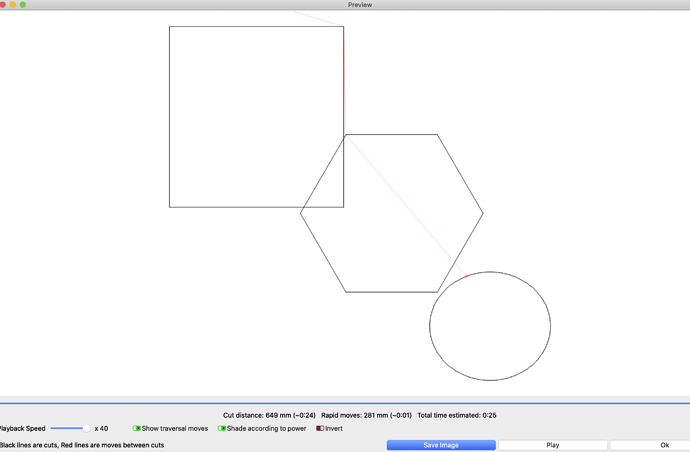 No print function but you can save the preview file, as bernd.dk pointed out, as a jpeg and then print that file out.

A print function is currently being worked on.

You guys really ARE gluttons for punishment.

You guys really ARE gluttons for punishment.

Haha - It’s been asked for a lot but yeah there’s probably some weird hurdles we’ll have to jump over and through. Right now I’m actually working on converting vector shapes into an image layer (RDWorks calls it “Graphic Hatch”) and Oz and I realized that once we had it rendered to an image, printing shouldn’t be too much work. So to clarify - I’ve started on the feature that will end up being the basis for the print feature. So we are a few steps away, but should get there. Either way, the implementation will likely be pretty basic.