I am trying to create an ornament from a scanned image.
I imported the image into Inkscape, created red vectors where i wanted to cut and then used the clip-set feature to crop out the rest of the image. Finally I used the duplicate feature to make an position items for my final groupings.
When I imported the svg into Lightburn it came in fine except that the clipped away part of the image also was included.
I just installed the latest version of LightBurn and tried again.
This time the the clipped away parts of the image were still included, plus, now the red vector lines were not there 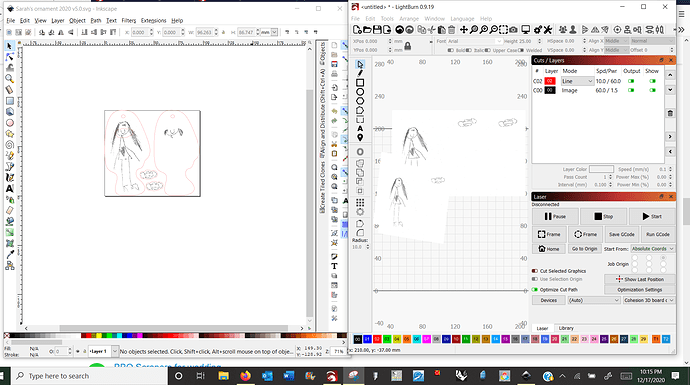 Lightburn has a function called “Apply mask to image”. When you imported the SVG, it took the image masks away. I just applied them again, and also “auto-joined” the shapes that were open. See attached file.Sarah’s ornament_RU.lbrn (1.6 MB)

Thank you Ralph U.
I was able to use your file to finish the project.
One problem I had was that the masked areas were outside of the laser bed area so I had to separate the lasering into two sessions so I could move the little masks up in the second session until their masked areas were all in the bed area.
I had hoped that the clip-set feature in Inkscape would end in a true cropping of the image, but that wasn’t the case.
Your advise, however, gave me the work around I needed and my granddaughter will be delighted.
Bob 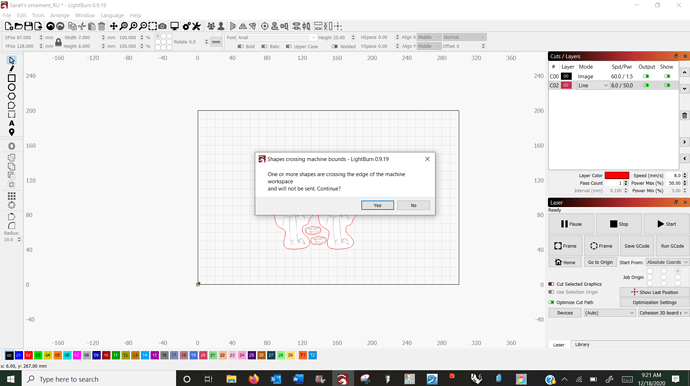 Here’s the final product. Thanks again. 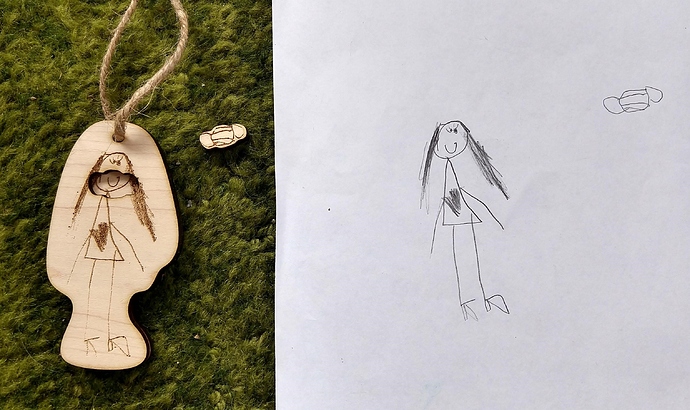 You can turn off the ‘Discard out of bounds shapes’ setting to get rid of that error, or you can ‘Flatten’ the masked image to remove the areas that won’t be engraved anyway.