I am having difficulty radiusing corners - see screenshot attached. I’m using the radius tool but it doesn’t seem to work as stated. 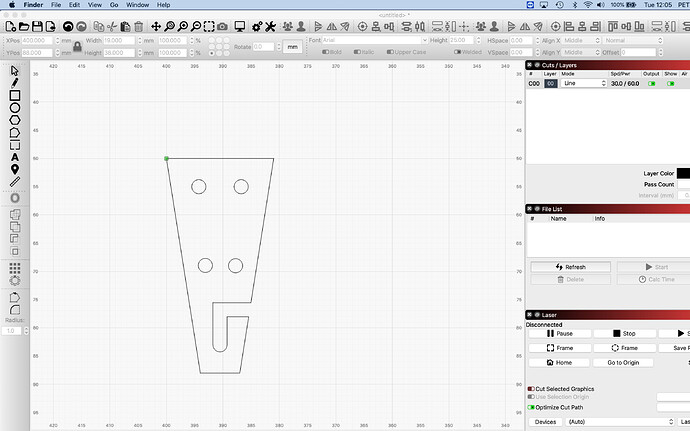 I have no problem adding raidus rounds to your topic. What is your approach? 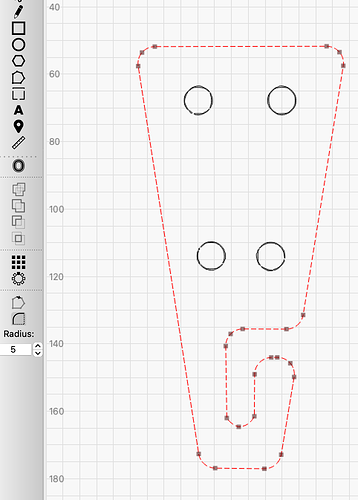 I select the entire profile then click Radius, set radius dimension, then approach the corner I wish to radius and click to form radius. Nothing happens! What am I doing wrong?

Sorry for the delay, it does not always go the way I want

Try uploading the file here so I can look it up.

Hi Bernd
Tail brkt.lbrn (15.6 KB)
This is the file. Thanks for your help

Make sure that your perimeter shape is auto-joined.

Your shape isn’t a continuous, closed loop, but a collection of disconnected lines whose ends happen to touch, like popsicle sticks you arranged on the floor:

This is how LightBurn interprets your shape: 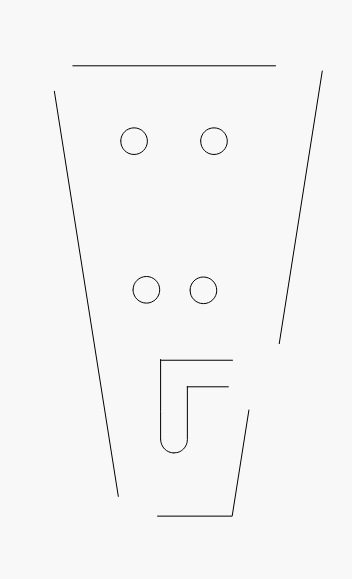 The only corner that would radius would be the lower-right, because it’s the only place there is actually a corner. Ungroup the shape, and use Edit > Auto-Join (Alt+J) as Ralph suggests.

RalphU og Oz
is right, you must first connect the lines of your object to a piece otherwise it will not work with the radius function.

The shape is in worse shape than a collection of lines. There’s one endpoint that’s composed of at least four overlapping points and possibly more than that. The semicircle shape at the bottom inside has a flaw I can’t determine. When the shape is manually joined by moving a line away and then back and is apparently completely joined, there’s still no radius apparent.

When set to node editing, breaking the upper right corner of the part presents another anomaly: 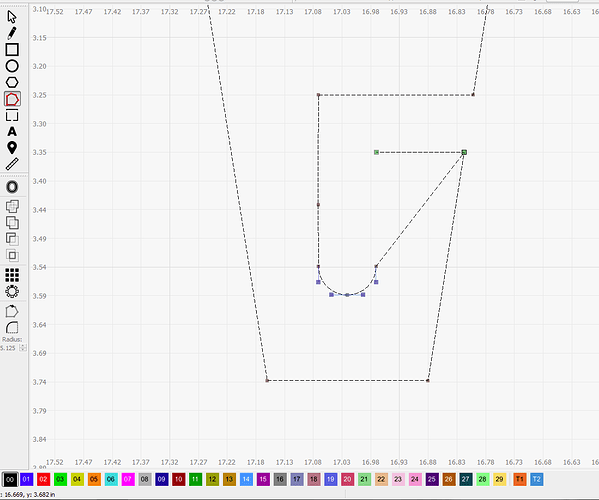 The three lines now joined in the right side corner appeared after using B on the upper right! Even worse, using break on that point (which I didn’t think could happen) doesn’t break anything apart. Multiple applications of B does not change the three line join.

This is a simple enough design that starting over would make the most sense.

OK, I get it (This is the first time i have become aware of Auto Join). Thanks a lot for your help. Sometimes these little things can be so frustrating.