Save Lightburn for use LnlaserGRBL

Hi Guys.
I’m new to Laser’s
I want to save a LightBurn file so I can use it in laserGRBL.
I saved it as g code but laserGRBL cant find it on my desktop.
I tried to open it and also import it neither worked.

That what it is saved as.

Can you post screenshots of what you’re seeing in Explorer/desktop and also what you see in LaserGRBL?

Seems there’s a problem with the screenshots.

cant seam to upload one. it says just to drag one on here 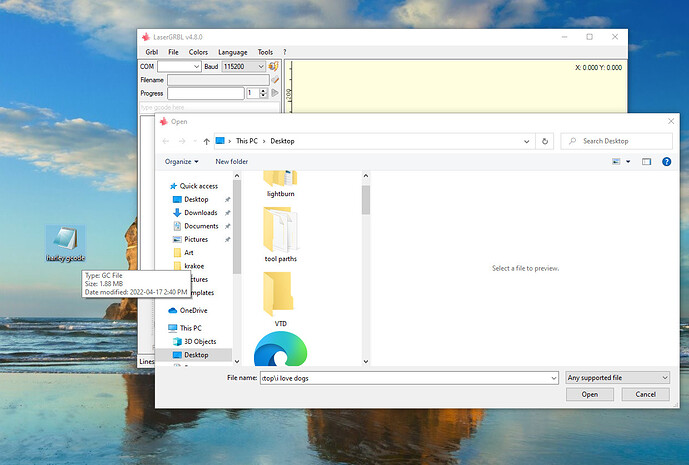 You can see from the popup that the actual file exstension is .gc (where it says “Type: GC File”). In reality your file is likely named “harley gcode.gc”. This means that your windows is not setup to display filename extensions or it’s hidden for known types.

Take a look at this site. It shows you how to get extensions to show.

How do I show file extensions in Windows 10? (fileinfo.com)