Hi
Using a Topwisdom TL410-C and 2 different laptops on a 50w machine. Have been using it successfully for a number of months now but still learning all the time. My wife is catching up to speed to me and has light burn on a different laptop. Today she was trying to cut some earings and noticed some of the black level graphic lines didnt cut. Had a look in preview and sure enough they were missing. So i restarted the laptop and opened the file again and this time all the black level lines were gone in preview with only the blue level showing (only ones in the file and same settings but blue cuts first in order then black).

So I grabbed my computer and file and it worked straight up.

Had selected the exact same graphics and previews between computers were different for the same selected graphics.

If its the version can the software be returned to previous version? i assume uninstall and reinstall?

Before you update to the latest on both systems, could you have had ‘Cut Selected Graphics’ toggled ON (green) by chance? Maybe you had toggled that layer to not output?

These are just guesses as you have not shown us your settings for this job. More data required to offer a definitive solution.

The latest version(s) of LightBurn have a check where if anything is crossing the edge of the boundary, it won’t get sent to the machine, and I might’ve made it just a touch too sensitive - it’s possible for something to be a micron over the boundary and the laser will still take it, but LightBurn would reject it. (this is fixed for the next release). Check that, and if that’s what it is, the check can be disabled in the settings. 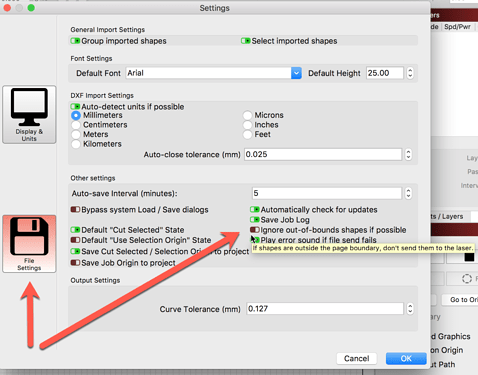 Thanks for the replys Steve and Oz. Apologies on not uploading a picture. Hopefully these would suffice and next time ill post with one.

That might be the issue ie the image right on the boundary. i zoomed right in and the graphic is right on the line. Double checked that it was at the top of the cutting area by selecting and setting postion to top corner and it still wouldnt view.

Have just checked the settings on the newer software version and ticked that box and it looks like its going to work - at least in the preview. thanks for all the help!! 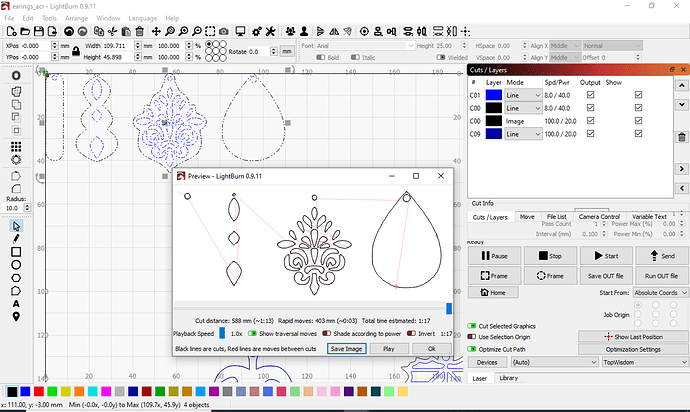 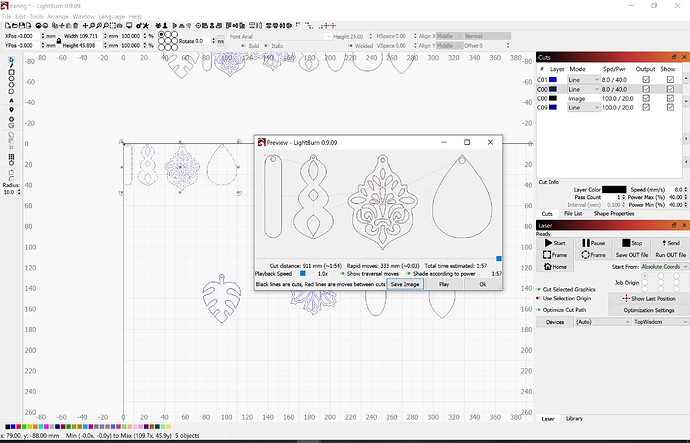