Some time ago, I made several designs/cuts using my chinese K40, with its stock M2 Nano board. I used Corel Draw as my design software, exported the file as an SVG, and sent it to the laser using K40 Whisperer. For those who don’t know this software, you can have 3 colors in your design to separate power levels; usually RED means cut; BLUE means Vector Engrave; Black means RASTER ENGRAVE.

For raster engraving purposes, I used to trace my bitmaps and convert them to vectors. (Grayscale, 16 colors), and include them in the SVG. This gave me great results compared to what I obtained when I tried to engrave the image directly, because of machine limitations.

Please, check this SVG as an example: https://drive.google.com/open?id=1dsRQdzyU_Tmv9I_6ep-_gsD7M110kLSb
Feel free to download it you want.

This is how that SVG appeared on the K40 Whisperer interface. 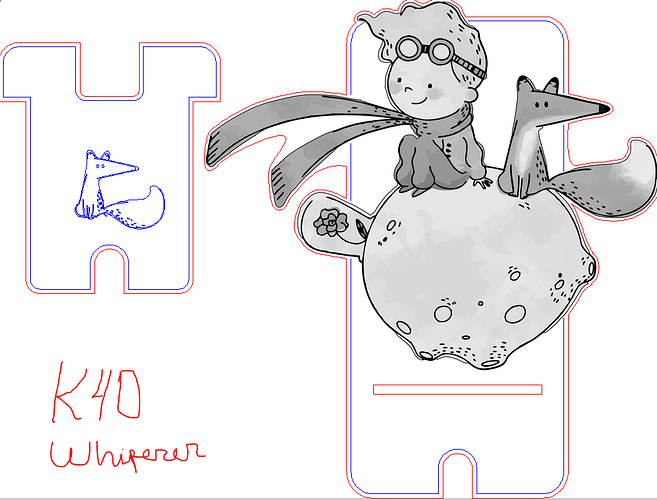 After a while, I upgraded my K40 with a miniGrbil board, and switched software to Lightburn Gcode. Later, I got a new laser with a Ruida controller, and upgraded to Lightburn SDP.

Today, a customer asked me to repeat a job I had previously done on the old set up. I opened that SVG on Lightburn, and I saw a black filled figure, and below it, the image divided in 4 layers.
It looks like this. 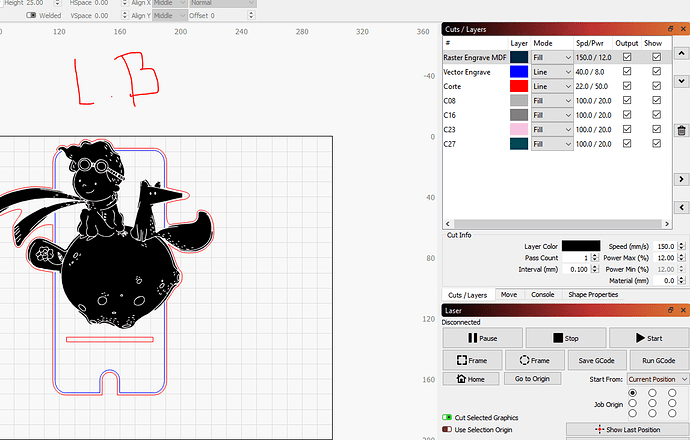 As I was writing this post, I did resolve the issue on this design by going back to Corel, converting the vectorized drawing back to a bitmap with white backgroud, and could send it to the laser with great results. However, I have at least 80 similar designs “Laser ready” and would still like to know if it is there a way to use them in Lightburn without performing that process.