Been playing with Shou Sugi Ban lately (aka Yakisugi). So, apparently deep char Shou Sugi Ban doesn’t laser at all. As in cant engrave through clean carbon at all. Figured i’ll post my experiment findings here for posterity.

Charred an oak coaster to good “alligator skin” char for epoxy coating, figured i’d try to take away char by laser to either inlay with something or some such. Didn’t work. I could just mark the char very slightly, but used power that would have left 2mm deep cut in clean wood. Also, the beam contact point was brightest visible i ever had, couldn’t look directly at the workpiece while being engraved… 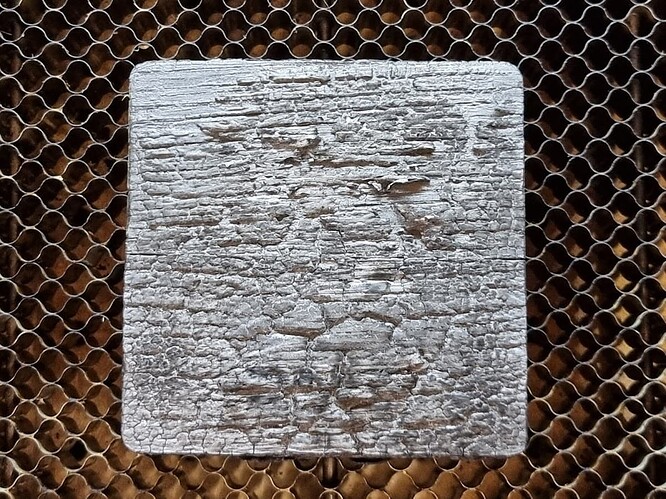 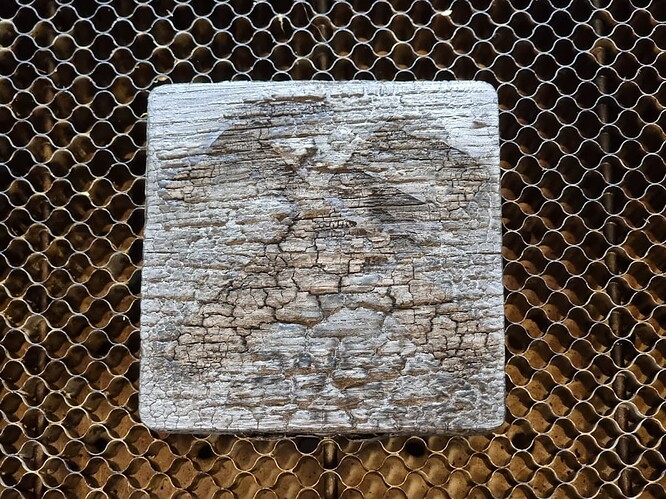 No question, no technique

Shou Sugi Ban itself is fine, i just tried to combine lasering with the charring techniques, which failed.

Regarding focus - it didn’t matter much, the surface is so uneven. I focused to the top of the char and the resulting burn is in the “after” pic.

Initial idea was to take char away for inlay of some sort, but since i cannot take it off the idea fails completely. It was just an experiment.

I didn’t see any other attempts at this so figured post the findings here for someone else to find.

Well, brushed off char and ran over again. Results as expected, good lasering. Oak engraves very sticky and dark. Had to wash it under water, but wood being already flame sealed doesn’t pose any problem. Engraving stayed pretty dark though, even after vigorous brushing. 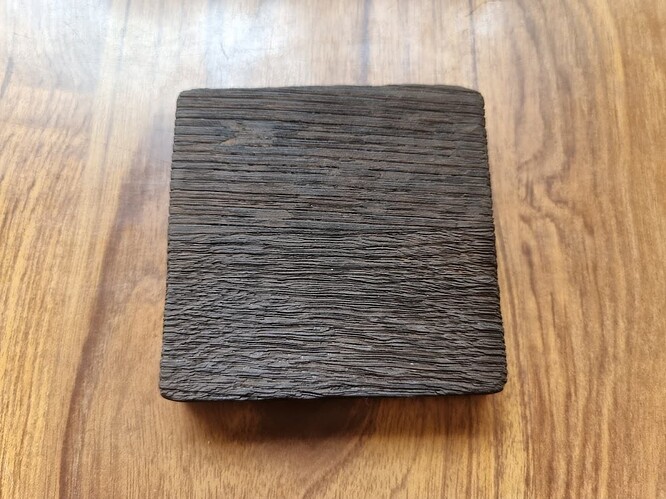 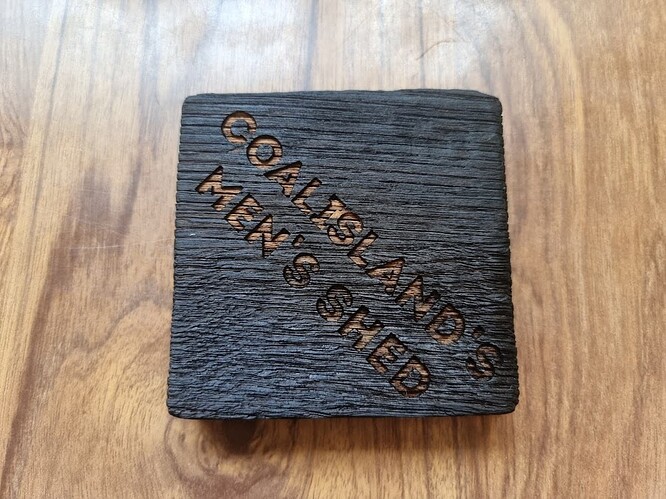 so you need to change the title of your post?