This ones for the Dead Heads out there, and what really kick started my foray into public domain imagery. I was introduced to the Dead by my uncle with the Skull and Roses album (and a copy of American Beauty) and one of his old t-shirts of the skull and roses album art he has had since well before I was born. So this image has some sentimental value for me. When I found out that the image originally was from a book of poems from the late 19th century I immediately jumped at the opportunity to try my hand at engraving it. As it was only the second project back into wood engraving after a solid two months of tile work. It felt like a very good way to test myself and see if I still had my material chops down. I made a couple copies, and one is going to the uncle with some new tunes for him, as we still swap music a full decade after the initial plunge. 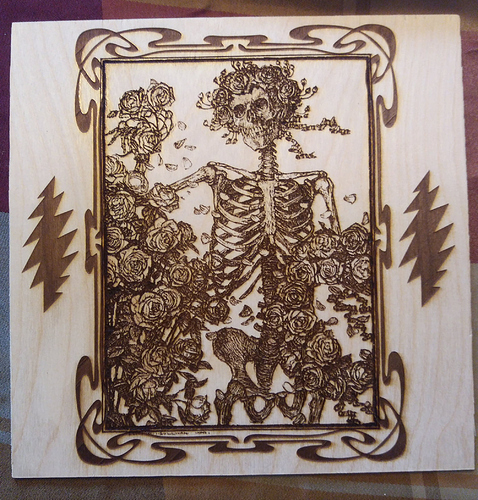