Test with one piece:

Is there a possibility to simplify the file so it can load faster? 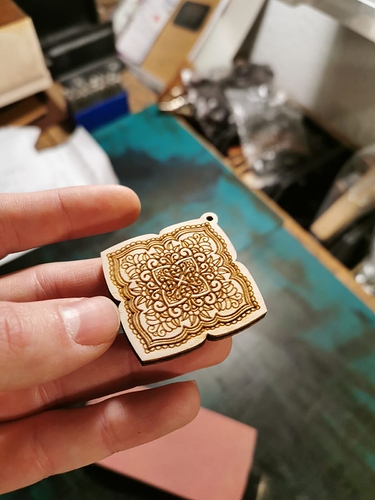 Zip the LightBurn project file (lbrn) and email it to support@lightburnsoftware.com so I can have a look at the settings you’re using. I suspect there are a few simple things that could be done to make it process faster.

The 51kb is not the problem - it’s the complexity of the content, and using Line mode that takes the time, because the system is computing the optimal path to take for the laser.

The file you sent has a 2mm ramp enabled (in the Advanced tab of the Fill layer settings), which is normally used for generating stamps. Set that back to zero and your file transmits almost instantly.