I have only had my Neje Master 2 20w a couple of months and Christmas ornaments seemed like something easy to learn on. I have tried to marry old art styles with the new tech and think it works to be a little different. The word clouds are fun to do, but the text is very tiny in some places. So, I am trying to write a python program of my own going so I can control more options like font size and custom shapes better than the free online word cloud generator. 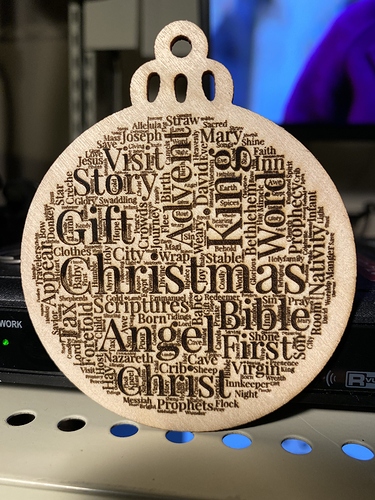 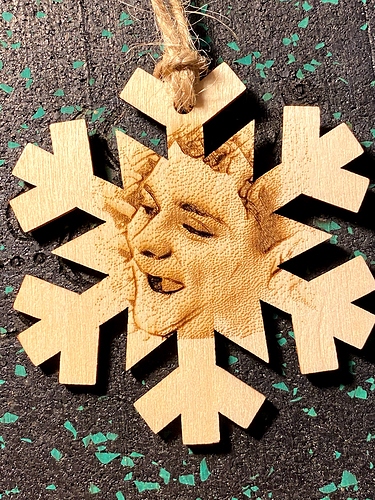 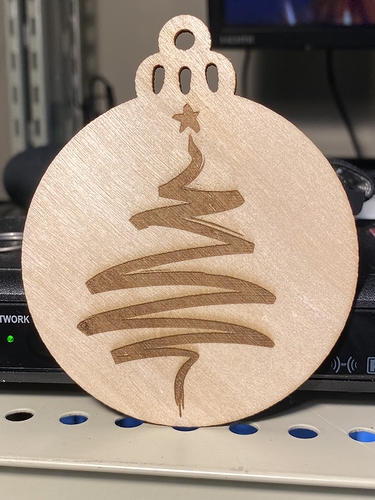 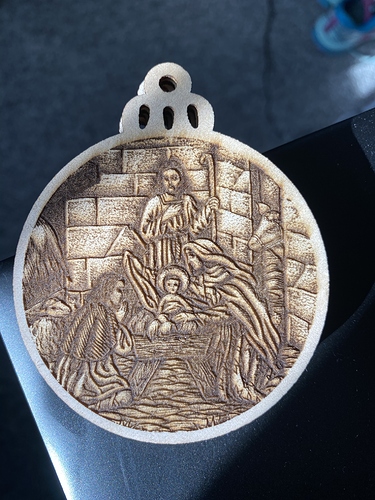 I am using the lbdev and lbset files from this tutorial https://www.northlakeswoodwork.com/blog/2020/7/5/affordable-laser-engraving-lightburn-setup-for-neje-master-2
The only change was value S30 Spindle speed (S_Scale in the lbdev and lbset files if I am not mistaken). It was 255 in the original file and I made it 1000. You also have to make the change in another spot in the settings on the GUI in LB, but the site linked to above will show you the screen. From what I read, 1000 will work on the newer Master2 or after a firmware update. Not sure of which. I followed the tutorial at the link to get mine going when I first hooked it up and have not had any issues. Setting the max spindle speed to 1000 helped me with consistent power levels between LB and the Neje software.

Here are the settings for each of the ornaments as I saved them from LB.
First one was 8mm/sec and 20% power and 200ppi
Second one was 6mm/sec and 30% power and same ppi
I did not save the third one as a file for LB, but suspect it was about the same as the first one.
Fourth one was 9mm/sec and 17% power.

All of these were done as graphic imports into a new LB file and not converted to traces (vectors). For reference, I have the Neje Master 2 20 watt laser (5.5 w output).