I recently started running my homebrew OpenBuilds 45W CO2 laser cutter, testing its performance and reliability. It am using a Smoothieware 1.1 board that I found surplus on Ebay a couple years ago. Yes, it’s a legit board. Arthur Wolf harangued me about that until he saw a photo. I’m using Lightburn 0.9.11 on a Windows 10 laptop over a 3ft long sturdy USB cable. 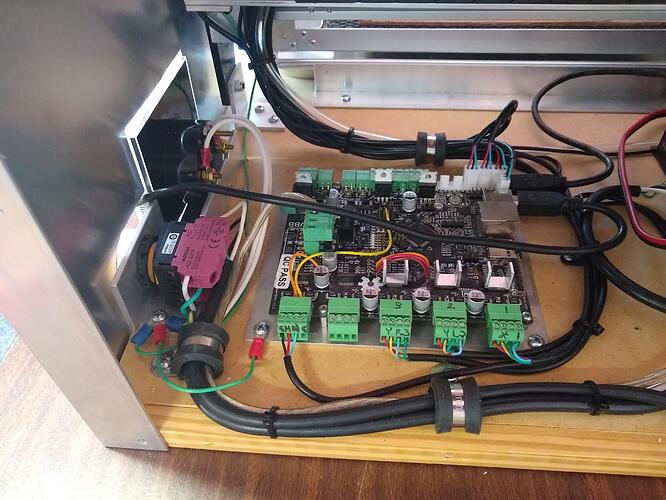 My problem is that I am having occasional glitches in the communications, apparently. The following symptoms occur:

I have a metal box around the laser cutter, but it’s on an MDF base plate. I’ve added ground wires from each subassembly on the base plate to each other, including the gantry, power supply, switch plate and Smoothieboard mounting plate.

I’ve seen discussions of needing to use a very particular USB cable for it to work. Frankly, I’ve never in my life used another USB product that was fussy about which cable to use.

Is this a known problem with these boards?

Should I toss the Smoothie board and get a Cohesion3D board instead?