Starting point outside a shape

Hi, does someone know how to setup a starting point outside of a shape to avoid an initial burned mark whete the laser beam go through?

It’s called “Lead in / Out” in LightBurn. You can set the length, and angle, and specify whether it’s an arc or a line (arc is cleaner).

Play with the settings and look at the preview to make sure it sits somewhere that works, and so you understand what it’s doing. It’s not terribly complicated, but we don’t have it covered in video yet, and I’m still in the process of revamping all the docs to include the new features.

As usual, my mind went blank on this feature, even though I recalled seeing it previously.

It’s in the Cuts/Layers section: 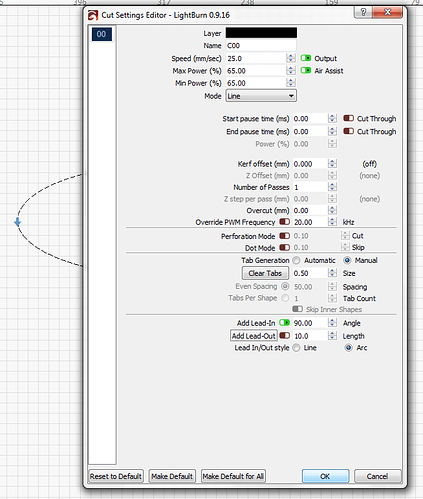 I set the numbers high to see the effect: 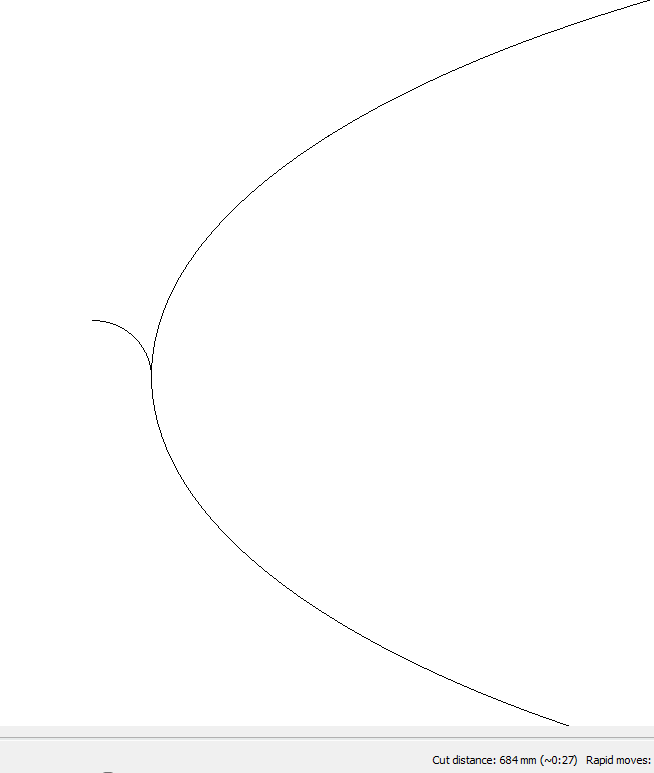 How would one change the lead-in or lead-out to be inside the shape?

How would one change the location of the lead-in or lead-out? It appears that it starts at the shape start. Is that adjustable?

Change the angle to a negative number to make it start inside the shape.

It’s not often that one gets to use negative numbers in the laser world. Thanks for the clarification.
My test model was an ellipse and once I converted it to path, the start point feature also worked.

I don’t know how you have enough time to write this jewel of a piece of software and answer questions too!

Is there something else than the LEAD IN button that I need to activate because I don’t see the line like you?

Lead-In and Lead-Out are only rendered in the ‘Preview’ window and when sent to the laser. In LightBurn, ‘Preview’ is your best friend.

Well, it almost worked, I have a lot of letters to cut but the result seems a bit random, the lead in is at the right place for the O but inside the letter for the others (A, B, D, etc.). Any idea to solve that without editing every individual letters? 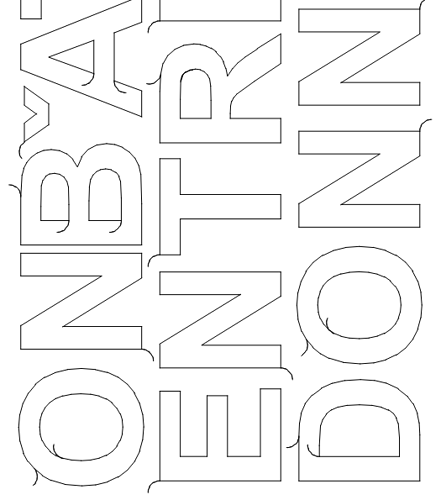 You need to move the start point for the ones that failed (usually just insides, though the A is a weird case).

Select the shapes you want to edit, and set the start point somewhere that works: