Text lines or shapes getting jagged

I’m having issues engraving images and text not getting a smooth line or image on corners. What am I doing wrong here? 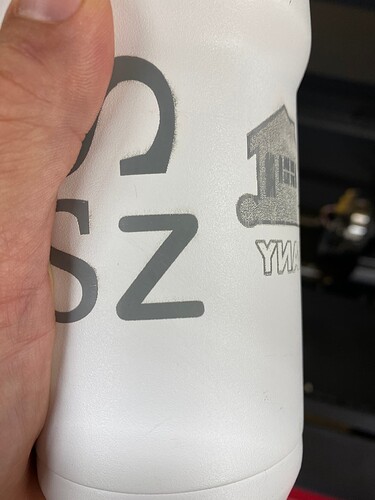 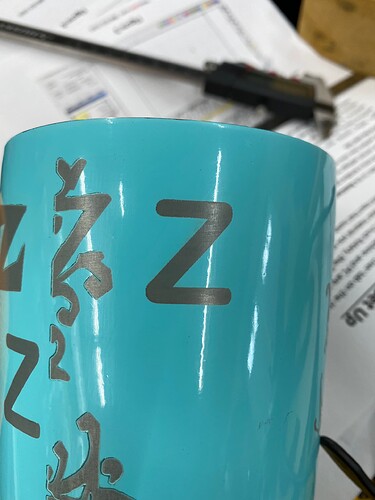 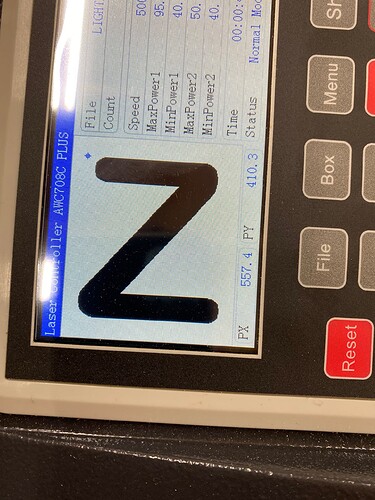 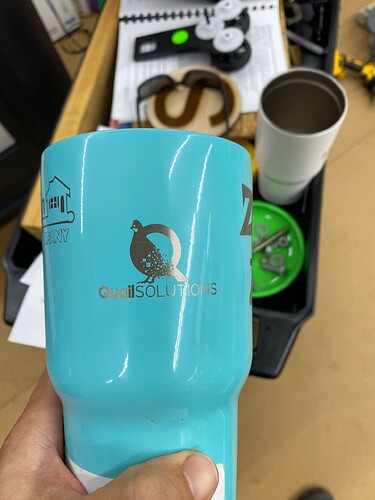 It looks like you are using a ‘rough’ dpi/lpi setting. I would think you’d want to go with a higher setting. You can see the scan lines on the first image. They are most visible on the image that is on the right edge.

You might want to post the .lbrn2 file so we can look at the settings. You can just ‘drop’ it on your edit window and it will upload it.

How do they look in ‘preview’?

They look exactly what is it looks on preview on light burn what its showing on the cup.
text file.lbrn2 (12.3 KB)

That looks like it could be a scanning offset issue, so I would check that first: Scanning Offset Adjustment - LightBurn Software Documentation

Powder coated metal can also reflect the beam when it hits the steel underneath, and that “splash” can cause small dots if you have the power set too high - there’s a sweet spot.

Before I go though all that what I need to make that my images are supposed to look blurry like this in lightburn. If you see the logo screen shot attached is that the ends and letters are very blurry and thats exactly whats being printed on the cup. looking at the O in solutions shows the same shape printed on the cup.

what I need to make that my images are supposed to look blurry like this in lightburn.

I do not understand this. Please rephrase for clarity.

So when I am using AI on the graphics they are clear as day when I zoom in. On lightburn I am seeing blur on the curves or anything that is not a straight line and its also imprinting that on the cup. I have attached a zoomed in png file of the O to show what I mean. if this is normal and not me or light burn i will contact boss laser on the issue. 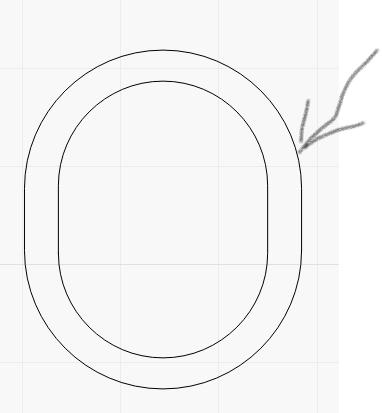 PNG (Portable Network Graphics) is a raster-graphics file format, where a vector version of this art might work better.

Raster - A raster image is made up of a fixed number of pixels [or building blocks] that form a complete image. Zoom in on a raster image, the pixels become visibly grainy. The image cannot be enlarged without distortion occurring. - Raster graphics - Wikipedia

Vector - A vector image uses math to generate the image. Geometric forms such as points, lines, curves and shapes (polygons) are used to represent different parts of the image as discrete objects. These forms can be individually edited. A vector image remains crisp and clear at any resolution or size. - Vector graphics - Wikipedia

For this work, I would choose to produce as vector artwork from AI then import into LightBurn. - What is a Vector File & How to Use & Create Them | Adobe