I AM LOST!!!
Up to a week ago I was burning/etching everyday, learning and tweaking settings and for the most part all was good! then 4 days ago I did something that I have no idea what I did! I have a Tronxy X5SA with marlin firmware. I will import an image, create Gcode…but it wont move other than a few mm on the x coordinate, no Y! I being a COMPLETE “noob” and try to learn, would always look at the Gcode in Repetier… Now when I do, there isn’t any Y movements! I have tried to use the GRBL 1.1e for connection which does allow me to move the laser head and bed, but thats it. I look at the console and all it does is repeat “G0”… I have no idea how it was working before and no not, or even how to fix it… i should have just left it as it was by saving gcode to sdcard and then putting in to printer…FML…any help would be much appreciated and please be gentile!

You’re kind of bouncing around all over the place on this one. Let’s take it step-by-step.

Let’s make sure that LightBurn is doing what it should be doing. It almost always does so not likely the problem but let’s confirm.

This should confirm if there’s anything on the LB side. Depending on how those tests turn out it will indicate where on the laser side you’ll need to investigate.

Post all the captures and findings from those tests here for review.

It definitely isnt a hardware issue. As you will see, when I use the “creality workshop” program ( which I really dont like, but at least it still works)…the Gcode generated shows proper Y coordinates.
Per other forums, I found out that only the “Grbl 1.1e or earlier” machine profile would allow for a Hybrid Marlin profile to actually allow a connection of laptop to machine via USB cable instead of transferring the Gcode via SDcard, and it was somewhere there where I screwed everything up.
Here are the screenshots… hopefully these help! 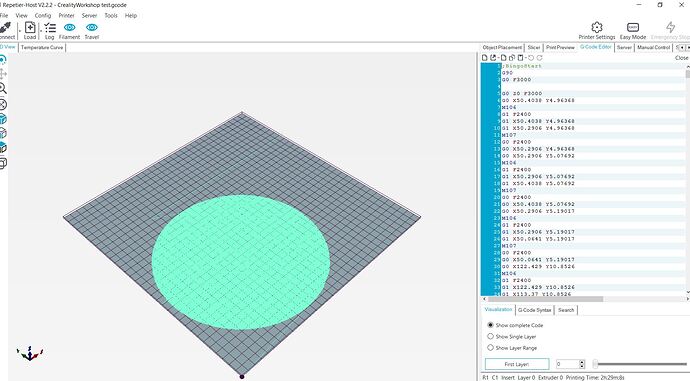 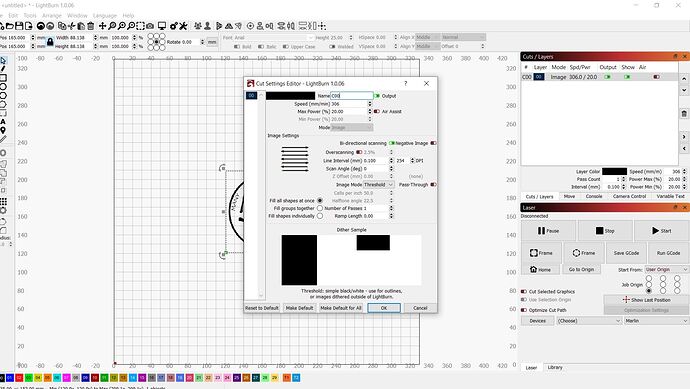 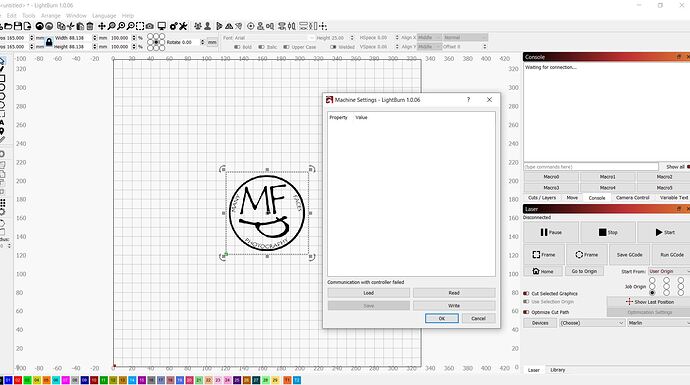 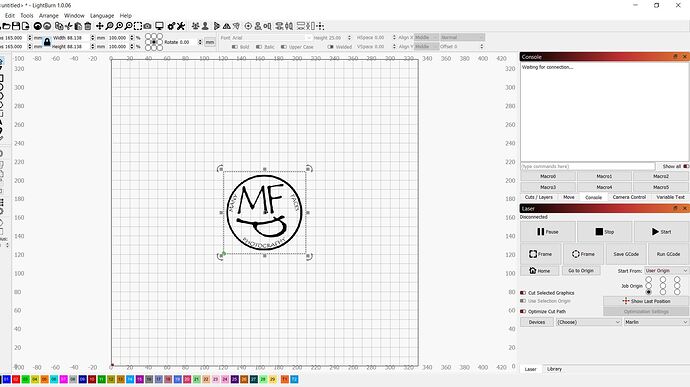 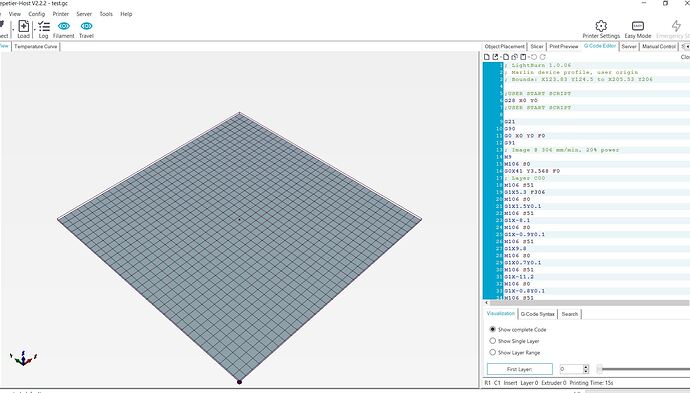 Can you go through my list of questions and answer them one at a time please?

Also, how is looking at the gcode in creality workshop demonstrating that the hardware is is without fault?

You asked for screen shots… you got them!..if you look at the two gcodes (LB vs Creality) you can see the diference that there is no Y movement codes…again, its not an hardware issue, because when I use Creality workshop, it burns without an issue…so that tells me there is NO hardware issue, its a LB programing/setting issue!

I think you’re misunderstanding me. I’m trying to find the exact nature of the problem and how to resolve. Right now I don’t know where to focus. I’m hoping the details I’ve asked for will help narrow that down.

I’ve asked for specific things because I think those will be useful in identifying the issue. I’m not asking to be difficult.

Also, you did not say in your reply that you were able to run commands from creality to make them work.

Also, where you shown that the gcode generated from LightBurn is missing Y movements. Is that the last screenshot? How exactly was I supposed to know that?

Can you send the actual gcode files and label them? Or if you’d prefer to work a different way I can step away.