I made an enclosure on my balcony for the laser to not worry about the smoke and to keep it protected from rain etc.
Now during winter and temperatures bellow 0 degree I take it indoors without knowing if thats even necessary. For some reason I am just scared that the laser might be damaged ( Atomstack X20 ).

So…is there any real reason NOT to keep the laser outdoors, even if temperatures go way down ?

Thanks and have a great Friday!

At below 0 degrees (at least celsius) there is little humidity in the air, so it’s actually quite okay to have electronics outdoors. When it’s not freezing outside I would consider taking it inside. When i was younger i had a thing for overclocking computers, so i had my computers outside during the winter

To me, it looks like there are much more advantages keeping your laser (protected) outside… I was thinking of doing something similar. And, as janrunejohansen wisely said, electronics shouldn’t fail unless you expose it to humidity. Of course, sudden changes could potentially create condensation which I don’t know if may or not affect the laser module (is it vacuum tight?) but surely the step motors wouldn’t like it. Remember that a laser diode -in essence- is like a LED so, in theory, the high working temperatures make low environmental temperatures nearly irrelevant. On the other hand, wearing good sub-zero gear is more than a suggestion!

I got basicly the same laser as him, mine is the Atomstack A20 PRO(22W) and i doubt that laser is vacuum tight. If Stefan is swedish as i might think by his name, sub-zero gear is something he is very familiar with

Maybe try to get a hold of some bags with silica gel for good measures.

any real reason NOT to keep the laser outdoors

The laser module itself may survive, but the mechanical parts probably won’t work after spending a while out there.

Cold weather affects the grease and oil between all the slidy bits, to the extent that the motors will have more difficulty moving the hardware along the rails: expect random stalls and misbehavior.

The rubber-ish wheels will develop flat spots where they’re compressed against the rails and, being cold, those flat spots will take longer to relax, causing bands across engraved images.

Also, condensation due to temperature changes will rust steel components and destroy the electronics in short order.

As a rule of thumb, consumer electronics is designed to operate in “shirt sleeve” environments: if you’re not comfortable, it’s not going to be comfortable, either.

Look a this photo of the Atomstack A20 PRO(22W) Can you imagine the condensation occurring when the laser “fires” then cools in the circled area? Also look at the electronics. 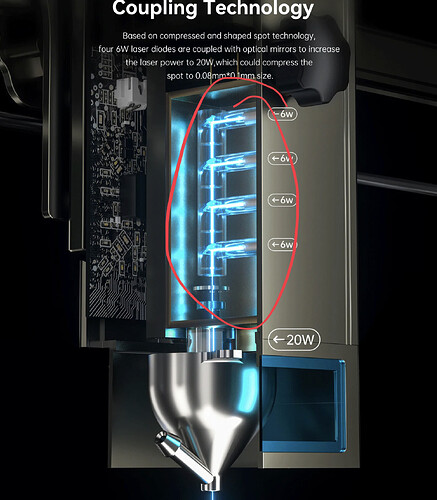 Electrolytic capacitors contain an electrolyte, which may freeze and destroy the capacitor at extremely low temperatures.

Also, thermal expansion is a major issue: Each material has a different thermal expansion coefficient. SInce most electronic parts consist of several materials joined together, these differences cause mechanical stress, as some materials shrink more than others while they are still glued/soldered together.

Combined with the fact that most materials get brittle at cold temperatures, this may even cause solder joints, chips and other components to fracture, destroying the device.

Most electronics components have a minimum storage and operating temperature between about -55 and -40 °C. The manufacturer doesn’t guarantee that the device will survive lower temperatures.

I would not store or operate it outdoors in sub freezing weather conditions for all the reasons above and reasons from other users mentioned.

Well, it’d certainly dry out plenty fast in there!

Electrolytic caps work fine at surprisingly low temperatures, if only because the electrolyte is such concentrated gunk it doesn’t actually freeze. The cheap ones on my shelf claim a -40° C limit, which I don’t believe at all, but it’s far enough below freezing to suggest they won’t be the weak link in the chain.

Well, it’d certainly dry out plenty fast in there!

Just make sure you do not operate below Zero degrees Centigrade. Huge difference between storage and Working/Operating Temperature.

Hello everyone
and thanks a lot for all the insighfull opinions on this topic. To stay on the safe side I guess my laser will need to rest during the very cold winter days

Have a great weekend!

Guess I’ve learned a lot with this thread.
Thanks Guys!

We all learn something new everyday until the day we die! 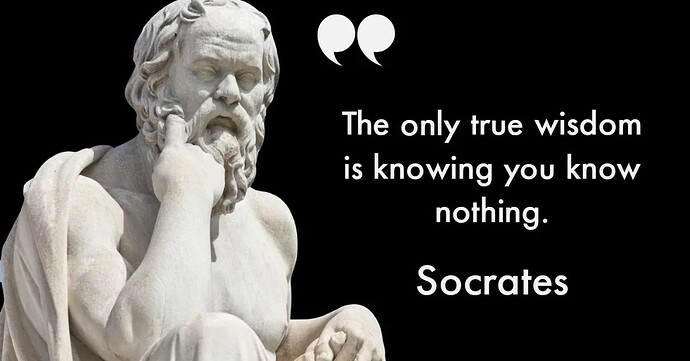