Webcam not visiable in lightburn

previously i had connected this camera
https://www.amazon.co.uk/dp/B07QSBBYJR/ref=cm_sw_em_r_mt_dp_gZauFbQG55NYR
it showed up in the menus and when clicked showed up and worked but the picture was crappy.it was like i was zoomed so far out as i could see a foot almost outside my bed that when i tried to do anything with the image it was too blury. i think i only went for that one because the lightburn camera used the same chip.
so its been months and i though id give up and try a new camera.

getting one from lightburn sadly is too costly and time consuming as i live in the uk so import tax etc is added.
so i tried my logitech c930e and low and behold it worked and worked pretty good. this one seamed a little close so i used the logietech software,zoomed it right out and it was perfect but thats my streaming camera and over £150 i dont want to smash appart to get it to fit on my laser so i again though id go for a webcam that had the similar chip inside as the lightburn cameras to give max compatibility however the only one i found was from china and would take a month to get too me. so i though well my logitech worked ,ill go for a different usb webcam which was this one 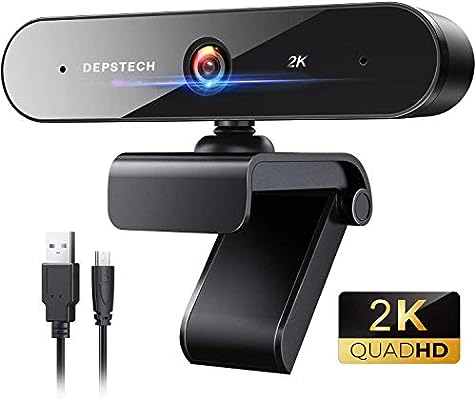 
it shows up in device manager as a fullhan webcam and shows that in the drop down box but when i select it i get no other window showing it. anyone have any suggestions before i send it back?

it does work in OBS ,Youcam 9 and even microsoft camera app but just not in lightburn

In the main settings in LightBurn, at the bottom you’ll see “Capture System” and you have the choice of ‘Default’ and ‘Custom’. Custom is our new system, written to go directly through Windows Media, and ‘Default’ is the old one, using the framework library we build LightBurn on, and that uses a much older Microsoft tech called DirectShow. Which are you set to?

On my own computer, I’ve purchased multiple cameras that users have told me don’t work for them, and they all work for me, so I’m having a hard time figuring out why these are failing.

wow.thank you so muc h for the quick reply.i had never touched any of the settings within lightburn so it was on “custom camera system” when it didnt workl.ive just changed it to “default capture system” ,did a restart and it now shows the camera. thank you again.you have made my day

Don’t celebrate just yet - we set it to ‘Custom’ now for a reason, and that’s because the older system doesn’t let us choose the resolution for the capture, and most cameras default to low res. Go to Tools > Calibrate Camera Lens and click the ‘Capture’ button, and it will tell you the resolution it sees. It might be reasonable, or it might be horrible - it’s a crap shoot.

This is why we started selling cameras - until I wrote the new system, we were stuck with the old one, and I was able to find a company who would alter their cameras to make them default to the highest resolution, so they’d work with the old system. The new system doesn’t have this limitation, but we’re still having compatibility trouble with it, and I haven’t figured out why yet.

will tell you the resolution it see

i went into tools - calibrate camera lens but i dont see a capture button.i see the list with my camera in it and if i select it i can choose standard and then the dropdown box does now show a list of different settings.
am i guessing that i will need to do (none- do full calbration) and use the black dots on the machine?just that im not with my machine so if thats it then ill have to do that in the morning.thanks

All you need to do is pick a camera, then click Next, and then ‘Capture’. The only reason to do this now is just to see what it reports for the size of the captured image. Once you know that, just cancel.

That’s actually good news - it should be more than sufficient with that resolution on your laser.

great i will have a play and keep people posted on here.eventually i would like to get the higher quality camera from yourselves but i am still in the very basic learning stage and wanted to get to grips with it all first to see if its something i will keep enjoying to do rather than throw loads of money into it and not do anything with it.i must say your software is fantastic.

as an update.i ran this camera as instructed and it works a treat.much clearer than the first one i went for however there was things i ran into. Lighting is the most important thing.i have installed led around the plexi of my lid and some either side of the machine(red and black 60w 500x700) and this wasnt enough.sometimes the smallest adjustment to light(adding a fraction from a torch was sometimes enough) this wasn’t ideal so i moved the camera around and have come to the conclusion that im going to make a mount that will sit slightly lower and more square to the bed but will make it removable.i know this isnt ideal as ill have to calibrate every time i use the camera but i dont think ill use it a whole lot .maybe if i do start using it more ill make a mount that will attach in the exact same place each time