What’s a good free software for converting pictures to Grayscale for 2.5D work

So I’m looking at getting a thunder laser and am looking at some 2.5D work but am running Into the problem of how do I convert a color picture to grayscale or black and white picture to grayscale, do any of y’all know some either free software or fairly cheap software that can convert pictures to 3D Grayscale because I really don’t want to be paying someone to convert every picture to grayscale as that can get expensive VERY quickly, one lady charges $100.00 for every head, and when I say that I mean exactly that, for example she would charge me $500.00 if the picture has 5 people in the picture, so ya it can get expensive very quickly. Any help on fairly good software would be greatly appreciated. Thanks again

Well, Lightburn does this automatically once you load the picture.
But if you want a separate Software, GIMP is free of charge.

I suspect that Brucejbbb is asking for a program to create the type of image that is commonly used to create random dot stereograms. The image has varying levels of greyscale to assign depth. The source image often appears thus: 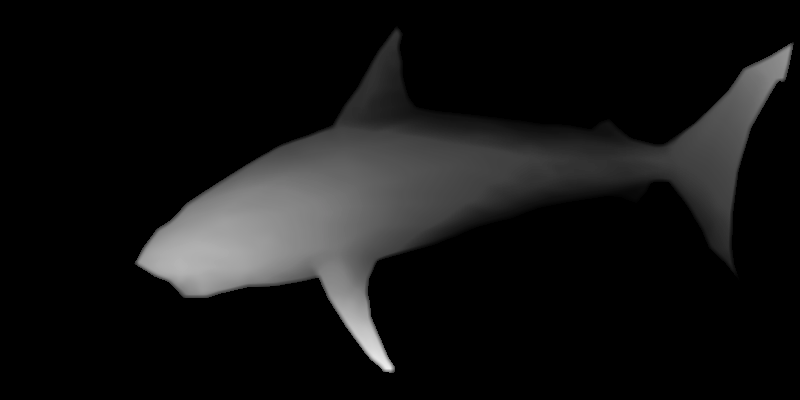 My search has determined that it’s called a stereo depth map, in the context of dot stereograms. It may simply be a depth map for this application.

The only resource I’ve found in the years past has been a Blender tutorial, which I ignored as the learning curve for blender exceeded my limited capabilities.

Today’s search shows that “create depth map” is more practical, as it references GIMP in the returns as well as Adobe Photoshop and others.

There’s likely to be tutorials how to create depth maps using one’s chosen program. GIMP, free, multi-platform does seem to have a good collection.

Ok yes this is exactly what I’m looking for, I just wasn’t sure if there was ONE software that could do exactly as the picture you showed as a example, I hate going back and forth so that being said I want a software that is all in one. Thanks also for the correct name for this type of picture! As that will greatly narrow down my searching, though if you do know of a software that can do this I’m all ears, or anyone seeing this comment. Thanks again

An important consideration for all these programs is that the source material must be a 3D object. You can’t get a depth map (easily) from a 2D image. Even photogrammetry requires many photos to create the 3D object. There are a few freebies out there for photogrammetry if you have a physical item and wish to convert it to a 3D image to then convert to a depth map, but that’s most certainly not going to be an all-in-one program!

So you’re basically saying as long as lasers have been out they still don’t have a software to do exactly what I’m looking for?

Not in a single program, no.

Ok thanks for your support

Does aspire take as a source a depth map, or will it create one from another resource?

Okay cool my dad has that software for his Shop-Saber.

Aspire will let you read a depth map, or 3D model, and create a depth map from it, and can also be used to edit, paint, smooth, etc, interactively on them. It’s pretty slick - I own it from my CNC days.

Ya I was wondering if it could do it because I would watch my dad doing his programming and he regularly went back and forth from 2D to 3D except the 2D still looks a little different than actual 2.5D laser depth map but it’s not far off from having the same depth look if you get what I’m trying to say. If I need to show a comparison just let me know. You really got me interested Oz

For our memorial box products my wife does the artwork in photoshop LE, which is a very inexpensive version. The trick is in adjusting the various contrast values and rasterizing it before converting to a .bmp file. Takes some practice and trial and error with the laser but once you get the feel it’s not terribly difficult or time consuming. I think she can go from a digital photo to ready to burn in about 20 mins.
The same can also be done in Apple Photos, which comes with Mac products.

so, what is the simplest way and program to convert a photo to a depth map grayscale photo
like the shark in the picture? Can it help if you find a way and free software?
I struggle for days with various programs, but everything is too difficult for me. I work in artcam but I would try grayscale photography because artcam doesn’t give good results from photography …

A 3D relief is more than a scan! A 3D scan, even if “perfect” is not a 3D relief which typically means it lacks depth.

Pull a new quarter out of your pocket. Washington is about 11mm wide but only 0.2mm deep. If you took a 3D scan and flatted the Z to 1.8%, then it wouldn’t represent eyes or nose.

Reliefs use illusions that give false perceptions. The inside of the eye is actually past what should be a vertical midline- if expanded back to regular size and given the other half, his left eye would be colliding with his unseen right one. And between his chin and ear, again, drops back down to the midline of his skull.

And hair will not have depth on a scan. The engraving is not based on 3D features, but rather they chose to engrave this purely artistic representation of the surface appearance of his curls into the relief as depth.

This requires artistic interpretation, and it’s “work”. When you engrave a surface appearance vs actual depth, and how to show an eye and rise for the cheekbone then “cheat” and fall back to the midline before the ear in a way that people just don’t perceive.

It is not that hard of a skill to learn, there’s guides online. But some people have the artistic knack and some lack the knack. I can’t really draw at all, myself.

I did try taking a 3D scene with normal depth, turn it into a grayscale depth map, and then go into GIMP and do a high-pass filter that basically overemphasizes the changes in depth around features but then it tends to slide back to 0 in the bigger picture. So it tends to deflate the middle. Is it a good relief? Probably not. Is it a good starting point for more work? Hard to say.

The guides I saw for creating reliefs worked from photographs. You’d use a Magic Wand etc tool to outline a feature, then arbitrarily decide what height it had and how to “sculpt” from there, and then add engraving to represent surface appearance- again, subjective impression of a photo’s content that can’t be conveyed literally from a photo.

Bottom line, most reliefs don’t come from 3D scans but photos, and a 3D scan may not be of much use. It’s all skilled artistic interpretation.

Kiri:Moto will get you a toolpath from a PNG file: 2D Image Conversion to 3D Model in Kiri:Moto 2.4 - YouTube

But otherwise most all graphic apps will have filters or extensions to convert images to grayscale.