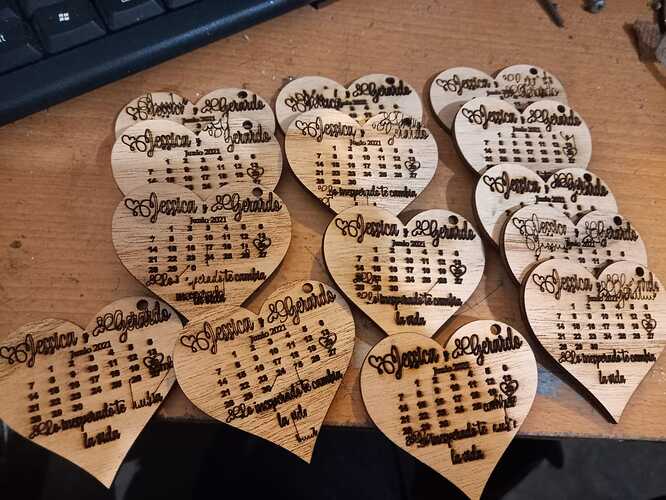 when i do some stuff… usually a project like this one, a simple item many many times, i get this error.

this time was the worst, 30 keychains, and 14 were bad. WTH!?
im new to all this, had the laser for about 2 months. paid for lightburn, keep it up to date, and it rocks! but for some reason i have this problem, its not common… but it happens. and wood aint cheap!

Can you show your settings and explain how your workflow is? Do you work with a template or a large piece of wood ?, also feel free to show an example that meets your requirements so we can compare the good with the bad.

How do you connect? USB or ethernet?
Do you “Start” the job from Lightburn, or “Send” and then start the job from the machine?

Please share the model number or take a picture of the sticker on the control board along with what version of LightBurn and OS you are using. 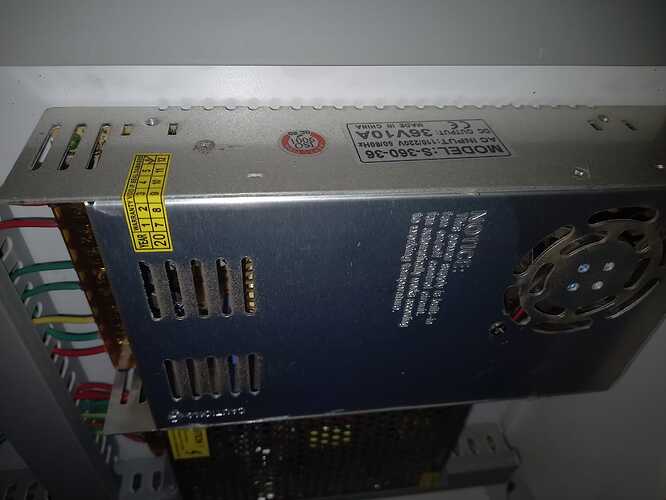 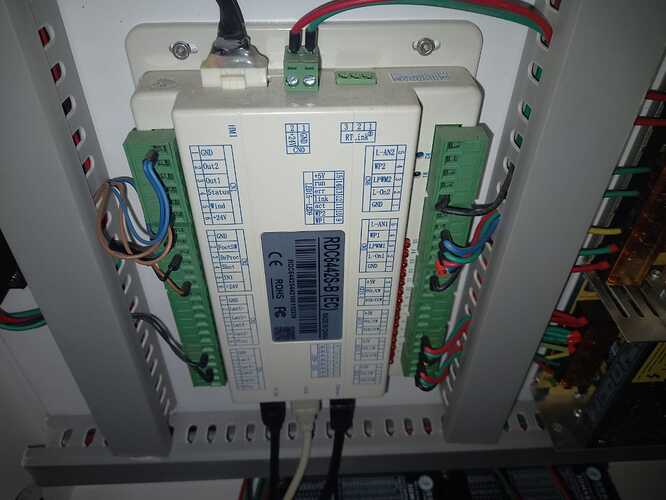 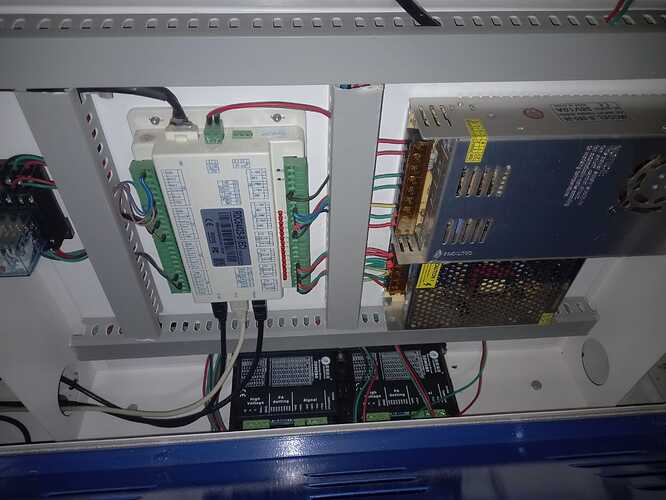 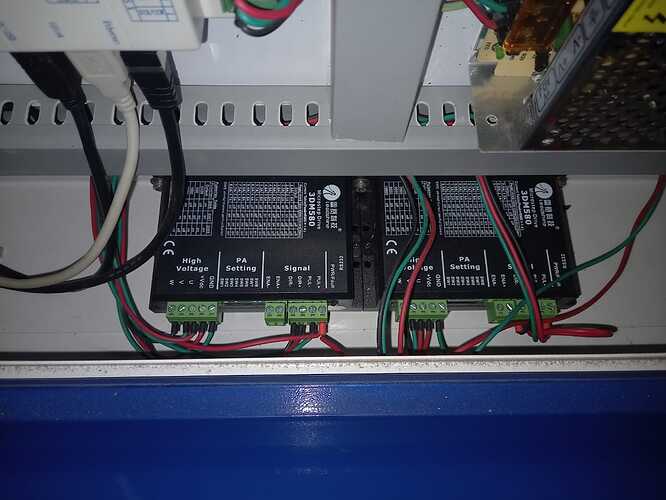 well i dunno what a control board is, rick, so…i just took pics of everything!

Thats my set up. im using win 10, 64bit… ummmmm
and lightburn 9.24, always updating it as soon as you guys tell me to

its a great program. 99% of the times i have 0 issues. much easier than the crap the laser came with. 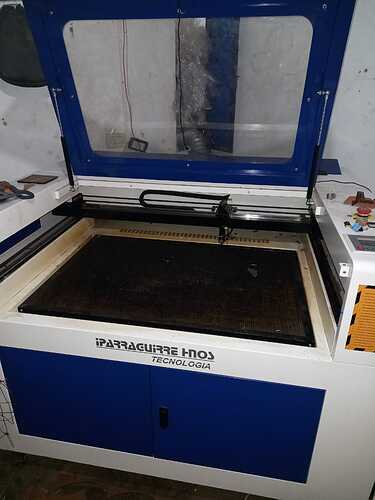 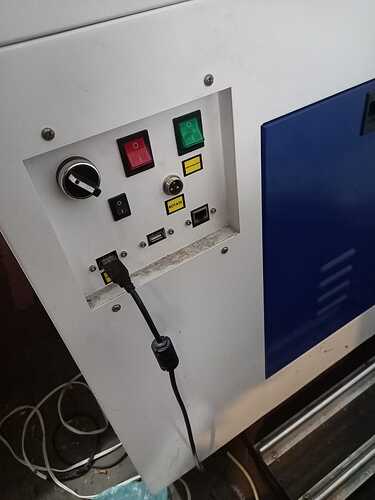 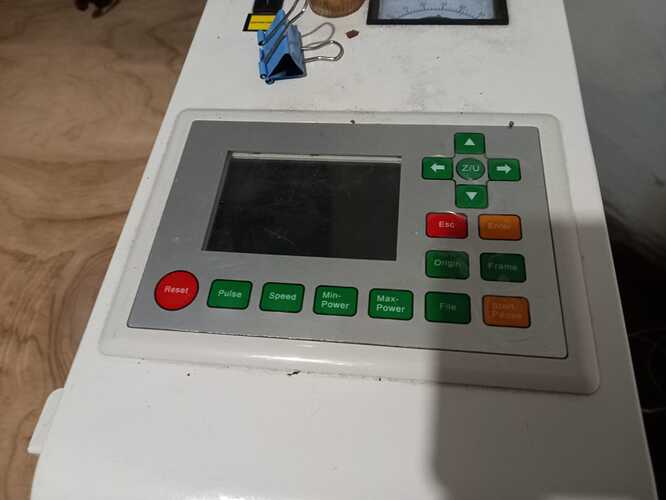 I use the start button! i did read about the ¨send¨ option a few minutes ago… perhaps its the solution, but seems like crap to have to save it on the laser´s drive…

im using a USB with a thingie at both ends, the noise reductor choke thing

sorry, im new at this. had it about a month now…or two?

just a large piece of wood, in this case cedar.

my workflow… mmm i design it, do the frame check, and start it.

ill post how the settings are, and the file i did today, this doesnt happen often, but when it does, its a kick in the pants! 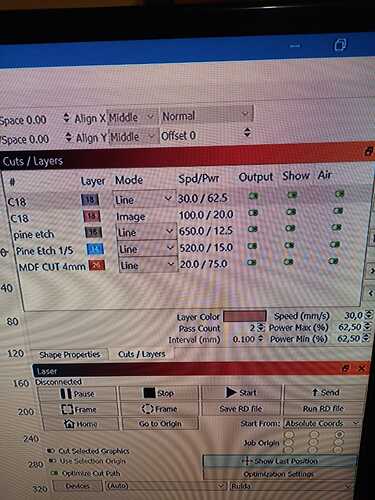 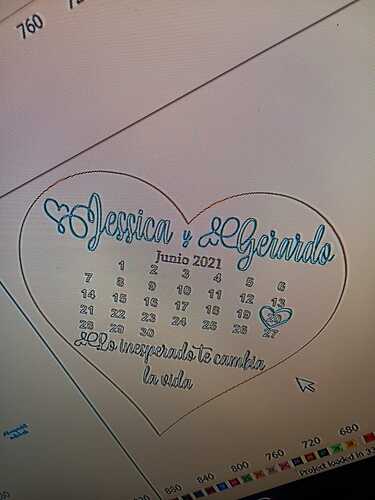 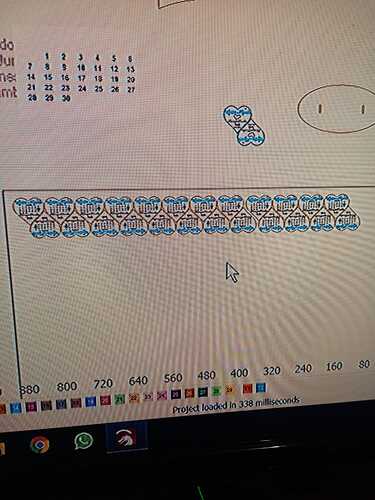 Can you do two things for me?

We’ve seen a few users with this problem, but it’s isolated and seems random so it’s been a bugger to track down.

I sent an email, with all the info i could. talking it over with my staff, weve remembered the other instances of this issue, even found some of the examples (trash). I sincerely hope it helps!

Updates:
i spoke to the technician that handles calls/complaints where i bought the laser (they fabricate it… ok they buy the stuff from china, put it all together, add their sticker, and test it)

he mentioned that the only time hes since this before, there appeared to be old lines in the drawing that were deleted but not completely… like a weird memory error, and copying and pasting what is currently on the file, to a new file, fixed the error.

i dunno if that cause/error applies to me, this happened before on new(er) files and had lines that were never drawn digitally appear on the finished product.

also, i read a post by OZ explaining the send/start button functions in depth…
perhaps its that… The transfer fails, or the short term memory takes a fart, and a fail appears. Ive been purposefully trying to make a ¨memory heavy¨ file, and SEND it to the laser, to cause a failure doing that, and as of yet, none.

perhaps i should hit START and see if the failure happens…

TLDR: …trying to make mistakes and not messing stuff up… awesome!

Hey Nick,
I have the same size work table as you. it has to do with the servo motor have. The speed between cuts, and the machine’s ability to to go back to those exact coordinates after moving at speed.

basically the belt you have on your axis stretches a little with a large job, throwing off the machines read on its exact position.

I have learned the same as you… the hard way… finish each piece, one at a time, before moving to the next. it takes little longer ( by a few minutes) but grouping each piece and letting the machine cut by grouping rather than layer, will help solve this issue.

Maybe Oz could help you out with that. He showed me this almost a year ago.

Apparently there are B grade Ruida controllers being sold bundled with machines, that have failed the production testing with memory errors. See Russ Sandler’s latest video ( https://youtu.be/N7Af2U_THnY)

This could cause the spurious lines you are experiencing