So in LB all thing looks ok as you can see. BUT when time to grave … you can see missing or place are not suppose to be engrave! The process start from eaglecad to flatcam to make svg file then to LB .
In LB i use fill option and in setting i turn filled rendering. 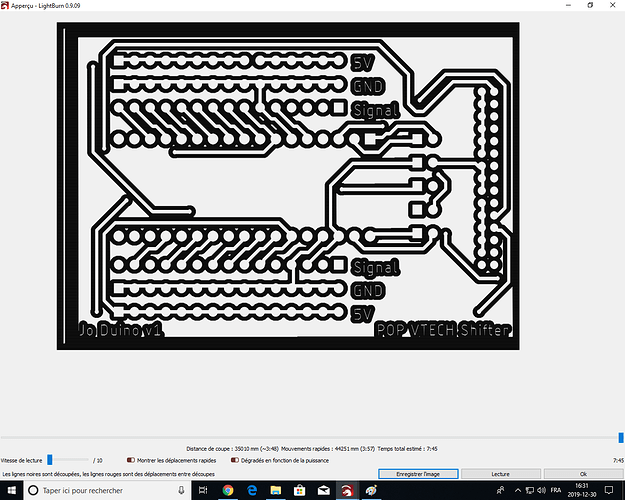 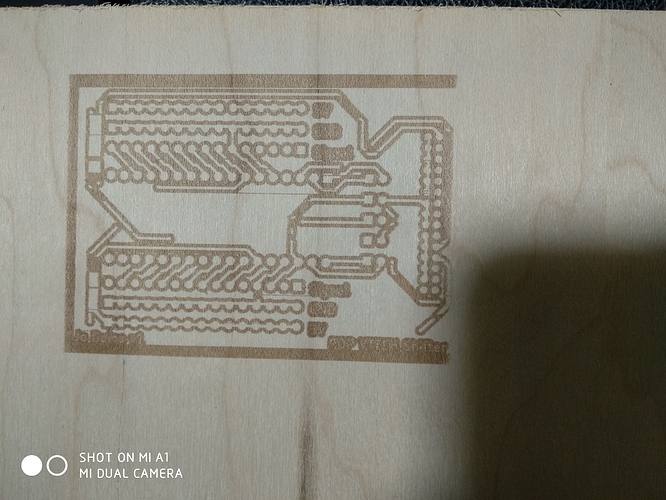 Although… did you turn on Smoothie Clustering in the device settings?

If so, you would need the supported firmware on a Cohesion3D board to use that. If you turned that on without having that custom Smoothie firmware, it would explain all of it.

BIG tanks to you…
You save my day

, the Smoothie Clustering was on and after i turn off now everything was ok. Can i install this firmware on a regular smoothieboard?

A real Smoothieboard probably. An MKS, BTT or other clone, maybe not, because they use the slower (cheaper) version of the chip - it might not keep up.

When I make the gcode processing faster, it enabled the board to run dithered or grayscale files at much higher speeds, which exposed a different problem - Smoothieware only updates the PWM output at 1khz, which is exactly fast enough to do 0.1mm dots at 100mm/sec. The PWM output update requires a couple complex calcs for speed varying the power, and I made that part run 4x as often to allow it to keep up with the higher engraving speeds. It’s entirely possible it would choke on a slower chip.