I have the 20x28 60w Red/Black eBay with the Ruida Controller. Having an issue with cuts. For some reason when cutting thicker material 1/4 acrylic the cuts on the X axis are straight if you put the piece on its side, but cuts on the Y axis seem to have a chamfer to them. Tried setting focus at different heights to compensate but not having much luck. Not sure which section to post in so admin move accordingly sorry. 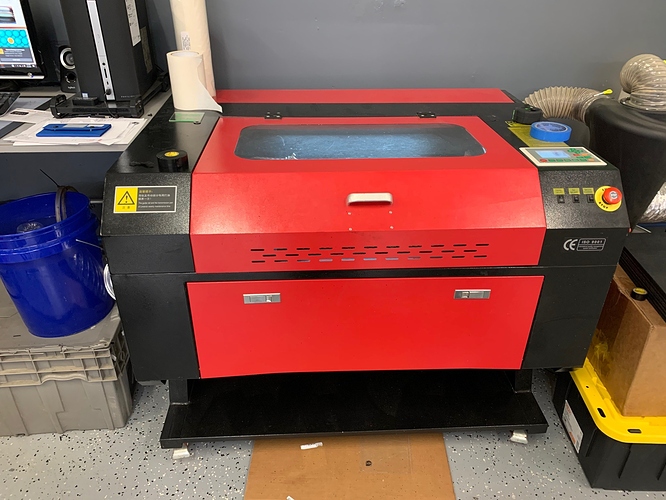 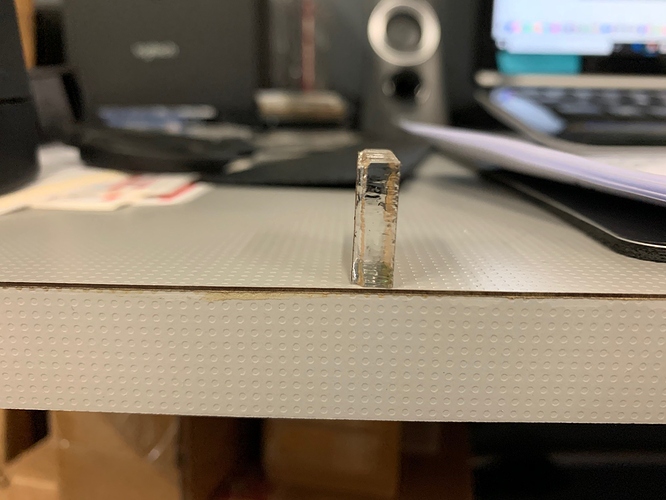 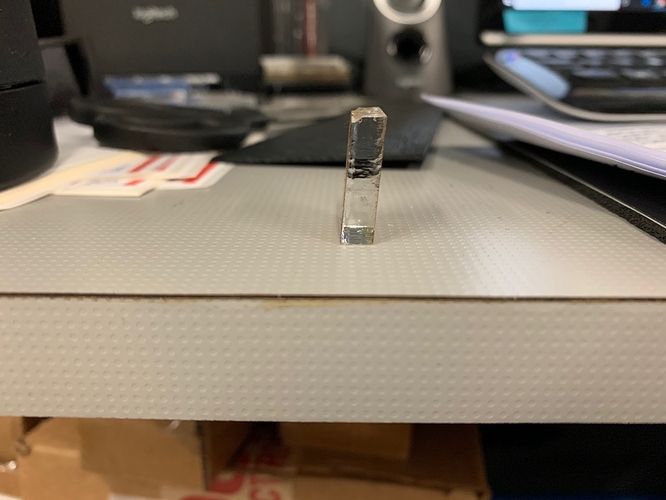 The beam likely isn’t exiting the nozzle vertically, due to hitting the last mirror either too low or too high, and the mirror angle being off a bit, like this:

Thanks for the reply Oz, after I get done with the run its on right now ill masking tape over the final mirror and send a pulse and see where it lands.

it doesn’t seem to be too far off center. 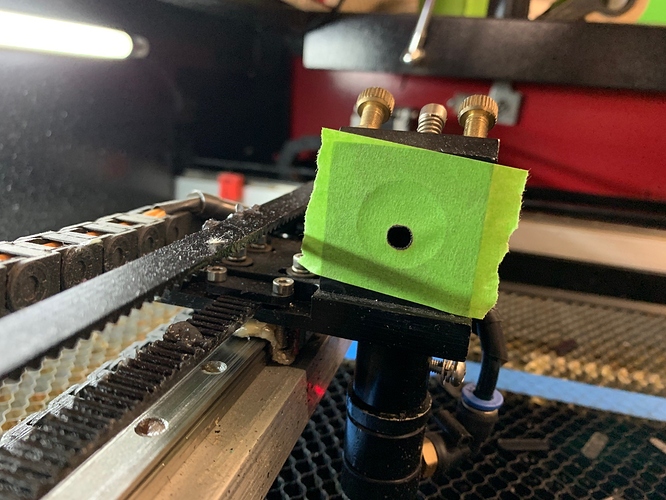 And you’re basing this opinion on … ? You often want to hit the 3rd mirror slightly higher than center, because the 3rd mirror is set back a little on the mount, but it depends on the placement of the mirror, not the hole.

Go to “Vertical Beam Alignment” on this page:

Laser beam alignment can be a daunting task, but it shouldn’t have to be. First time users find it overwhelming and often give up and accept unsatisfactory alignment. Alignment shouldn’t be a task that you avoid, it gets easier with repetition. Bad...

When i got my red&black it did that. The beam was hitting the 3rd mirror fine but the nozzle wasn’t pointing straight down. (Wasn’t perpendicular to the bed in the y axis)

How’d you adjust? Now it’s being even more of a pia. The front right side isn’t cutting all the way through

Mine has a couple of allen cap screws on the head that can be loosened to allow a little adjustment.

Crank the table right up under the nozzle and zap a little spot on a piece of paper. Now crank the table down 6 inches and zap it again. If the 2 marks aren’t concentric then the nozzle probably isn’t pointed straight down.

If part of the bed isn’t cutting all the way through, you might be hitting the nozzle there and clipping part of the beam off. It’s a pain in the rump, certainly, but it’s wonderful when it’s all done and right.

Oz, I’m going to take issue with your diagram here. The angle of reflectance is always equal to the angle of incidence. Your mirror angle didn’t change from the left diagram to the right. If the beam was striking low on the mirror it would simply move the perpendicular beam to the right and be striking the nozzle as opposed to exiting through the hole. Assuming he has everything else aligned properly, the only way to move his burn spot up closer to (or slightly above) the center of the opening is to move the laser head down or the tube up.

You’re right, but it wasn’t intended to be physically accurate - it was a quick sketch.