50% Image distortion along the Y axis after moving machine

Wondering if anyone knows how to gis this issue.

Recently we relocated our studio, and in turn moved all of our equipment.

I finally got the laser back up and running, but for some reason, the Y axis is running at exactly 50% of the value assigned in Lightburn. The image shows a square box 2" x 2". It is exactly 2" by 1".

Anyone have any thoughts on how to correct this? 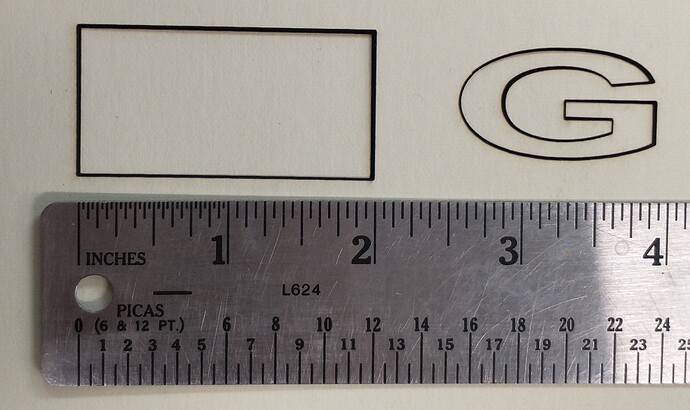 Since you have a Ruida you almost certainly have external motor drivers (as in the motor driver is not built into the controller itself) - it’s usually a roughly 3x5x1 inch box that looks something like this: 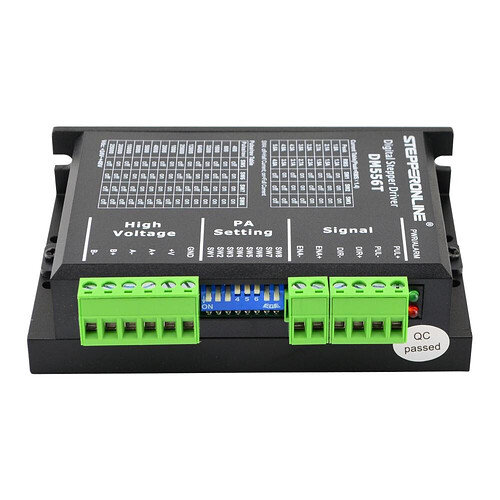 My guess is that one of the DIP switches (the blue and white toggles in the middle of the above pic) got jostled and flipped while moving your machine. Those switches control the microstepping (Sometimes listed as steps per rotation) and what I’m guessing happen is one flipped itself such that it doubled the microstepping, which would half your Y move distances.

Most likely your X and Y drivers should have the same microstep settings. Find those drivers and check those DIP switches, comparing X and Y. In the past I’ve had times where it looked fine but when I toggled them off and on again it worked - basically the switch was just barely toggled but not enough to look like it.

Could also be a other things but given you just moved it that is possible - the only other real thing is if your Ruida config changed which there’s no reason for.

Thanks for the idea. No idea how it could have changed, but that is the perfect place to start checking. Great idea, thanks!

Nope, that didn’t do it.

When I move the axis via the controller, it only goes half way; as if the machine thinks it’s smaller than it is.

The other “tell” to me is that if I put it onto the rotary setting via the switch we installed, it does the same thing proportionally.