Corners not touching when cutting 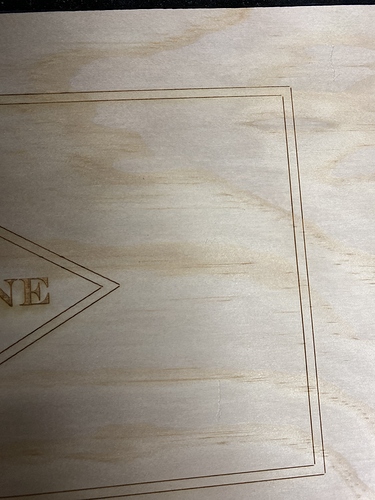 image3024×4032 2.97 MB
Lines aren’t meeting when burning as can see in the photo. Thought of turning over it on but sort of hoping to fix the problem than patch it.

Just a thought right now was that it could be the speed? Running those lines at 100 speed and 40% power.

Latest update of lightburn (Maybe we turned something off/on and it’s defaulted?)

I think I found the problem.

min power was set to 0%. Should have been at least a bit higher. Found the post below.

I cut this logo out and noticed that the lines weren’t connecting to finish the cut. Maybe something with the program or maybe settings with my machine? Ruida controller 50w Chinese laser. 300mm x 500mm table. [IMG_20190320_214527533]

Now I feel bad for making another post. Sorry

Questions are great and thanks for using the tools we provide to find the solution to this issue.

8 posts were split to a new topic: Corners won’t cut