I have posted about this subject a couple of months ago and received good feedback from the forum. I tried many different tools and combinations thereof and have come to the following:

wish I could eliminate the step using Coreldraw, since it is a fairly costly license, and I have not found an alternative yet.

What happens with importing SVG directly into LightBurn? Alternatively have you tried using Inkscape instead?

Open the png file in windows paint and reverse the image and save as png again. This is because the laserengraver is used to burn away paint on the copper, so you the pads and traces to be white and the areas between them, black.

I haven’t made any pcb’s with my laser but, I have designed them for a cnc machine.
Why are you converting a svg it an image? That makes jaggie. You already have an svg which is so much easier to work with and doesn’t have jagged edges. I’ve been editing photos in Photoshop for 20 years or so. All that converting has to degrade the design.
I could all be done in Lightburn but, I prefer Affinity Designer to do svg editing. I find it easier to move nodes around. You can by using colors come up with as many layers as Lightburn has.
You could also use Adobe or Inkscape. For me Adobe is too expensive and Inkscape isn’t very intuitive.

opening the svg file in Lightburn will only show the centerline of traces and the outer curcumference of pads.
Using Inkscape to convert svg to png results in too low resolution image in lightburn. That is why I used Coreldraw.

opening the svg file in Lightburn will only show the centerline of traces and the outer curcumference of pads.

Can you convert strokes and all objects to path before bringing into LightBurn? This should resolve any issues with line location.

Using Inkscape to convert svg to png results in too low resolution image in lightburn. That is why I used Coreldraw.

In what way? Inkscape allows arbitrary DPI settings for export.

When I increase the DPI, the image in Lightburn decreases in size.

When I increase the DPI, the image in Lightburn decreases in size.

Have you tried resolving the issue with SVG? I think that would be the best path forward if possible.

I am using Inkscape version 1.2, and doing a single image export to png,
I don’t how to fix opening svg in Lightburn. I has a similar issue with pdf files, where everything is vectorized,
I tried reversing the image in Lightburn using tools → adjust image. I get a new window where I can see the origianl image on the left and on the rigth I also see it and where I can Invert Display, but there isn’t a way to save it and use it for the burning, or at least I can’t find it. I could not find any ‘cut settings’ with an reverse image option.

Could you post a sample of the KiCad file that you have exported to svg? I’d like to play with it a bit. Nothing fancy, just something to play with.

I don’t how to fix opening svg in Lightburn

You stated you’re only getting the centerline of the strokes. That’s because the line is being defined as a vector with a stroke. LightBurn doesn’t account for stroke so interprets the line as essentially infinitely thin. Does KiCad have the option to convert the stroke to path on output? If not, perhaps loading to Inkscape and then converting all objects and strokes to path, and then loading that into LightBurn would work.

As for negative image in Cut Settings: 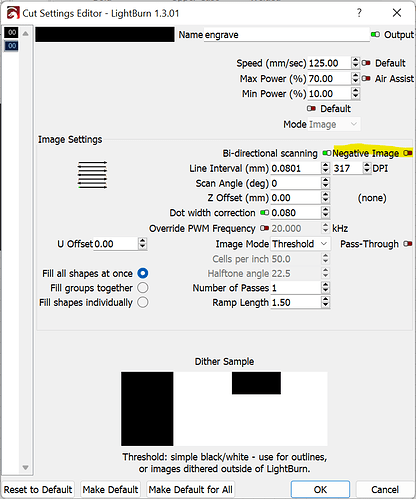 I concur with @Somewhereinusa, if you can upload a sample SVG file and perhaps an image of what you’d like it to look like at the end some others can take a look.

I’m tagging on to this question as it seems to be related - importing SVGs exported from KiCad into LightBurn. If you think I should rather create a separate post for this, please let me know and I’ll do that.

I often cut parts related to PCBs. As such I use the KiCad PCB design files as the source - I export the board outline and some other layers from KiCad into SVG and then import it into LightBurn. Unfortunately I need to use an intermediate step at the moment opening the file in Inkscape and exporting to DXF as LightBurn cannot correctly import the KiCad SVG files - specifically, the corner arcs are imported as “cut off corners”. Here are the relevant files: 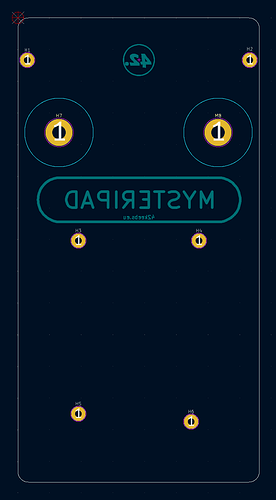 Screenshot when imported into LightBurn directly: 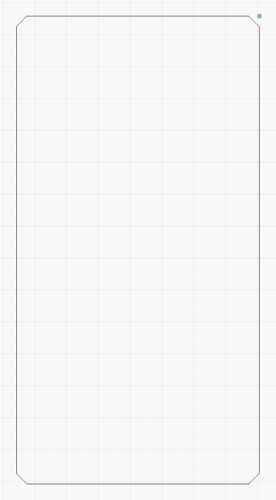 My Firefox was crashing when trying to upload the SVG file as exported from KiCad, so here it is uploaded to my NextCloud instance.

I guess LightBurn doesn’t correctly support the SVG feature used by KiCad… Would it be possible to add support? It’s not too big of a deal as it only takes a minute to open the file in Inkscape and save it as DXF, but it would be nice not to have to do it

Seems this is a fundamentally different problem from original poster but possibly related in terms of how SVG creation is handled by KiCAD.

After looking at the file there’s a more fundamental problem in the way the SVG is generated. Looks like it’s not being created as a single closed shape but rather as a group of a series of aligned line segments.

A “better” fix than what you’re doing may be to:

This should now look correct and you can avoid the DXF route which is a lossy process.

here is the svg file. When I open it in Lightburn it looks like this 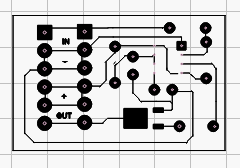 at one time the pads also just showed as circles without fill.

If there’s a theme in this it’s that KiCAD seems to generate some really awful SVG files. Seems to be taking a purely superficial approach to placement of shapes without regard to correctness in design.

It would be possible to correct for this as an SVG but would take a considerable amount of manual correction. I see the attraction in converting to a bitmap in that case.

I took the SVG, opened in Inkscape, and can export to PNG with arbitrary DPI with no issue of resizing when imported into LightBurn. 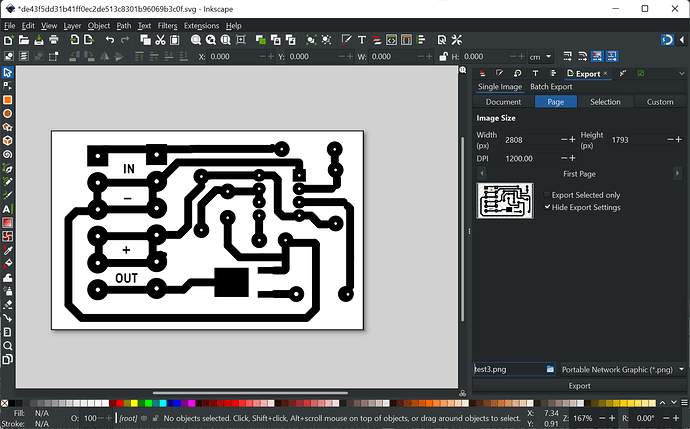 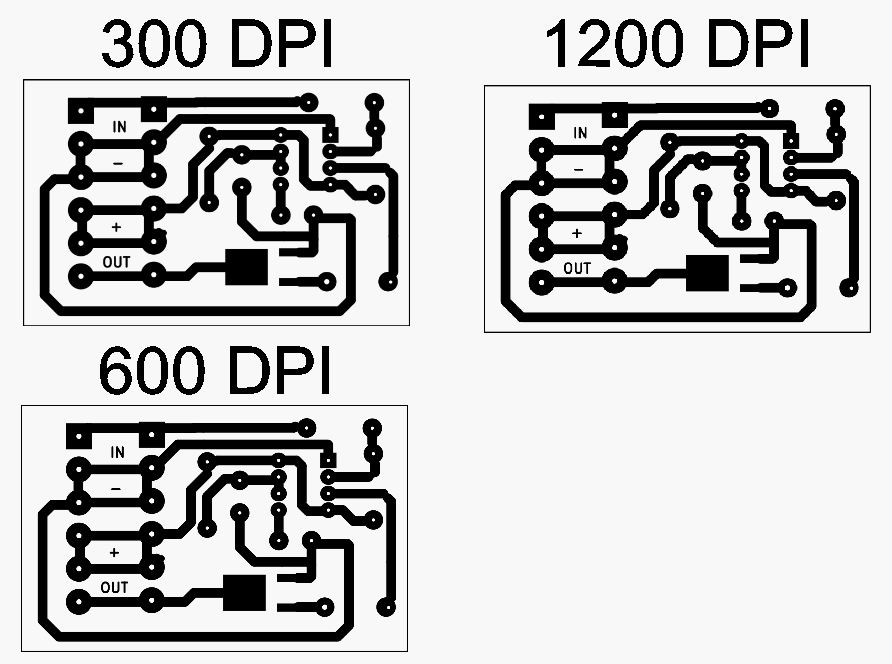 when I tried again, the size stayed intact. Cannot reproduce the resizing now.

I cannot find the negative image selection in my lightburn, I have version 1.3.01

Can you take a screenshot please?