Cut out a letter from a background

I have another question. So I want to make some letters with a scored surface. I bought this file from etsy and now I just want the letter A (and all the other letters) to be scored with this pattern. But I can’t use any of these options:

I’ve highlighted both images. The scoring file (red) is grouped together. 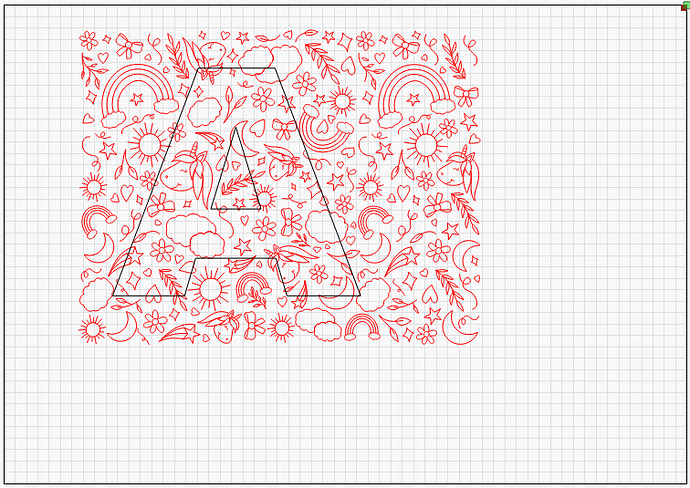 Hope you can help, thanks!

How do I remove a zone from a line surface? LightBurn Software

Hi! I have made a bunch of lines, like a wood texture (black lines in the picture) I want to remove a portion of it (the red box), so, the lines are not printed there (the red box is, a door or something similar). The boolean A-B does not work with lines, afaik. [00]

The above message addresses the steps to accomplish your goal.

Okay thank you first for the reply. I didn’t know what to look for. But I tried the shift+select and then tool → cut shapes but its not highlighted so I can’t use it (my LightBurn is in Dutch so it’s called “vormen knippen” but as you can see, it doesn’t work. 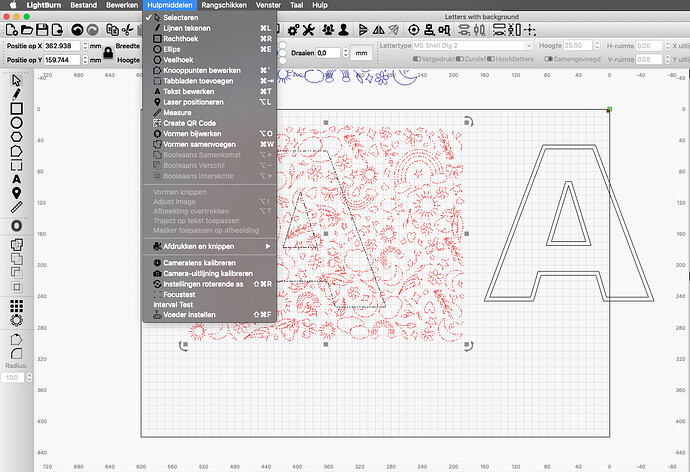 Is it because all the shapes are grouped together or something else?

Okay is it maybe because it’s all a single line shape? Like the curly doodle and the leaves and plants… 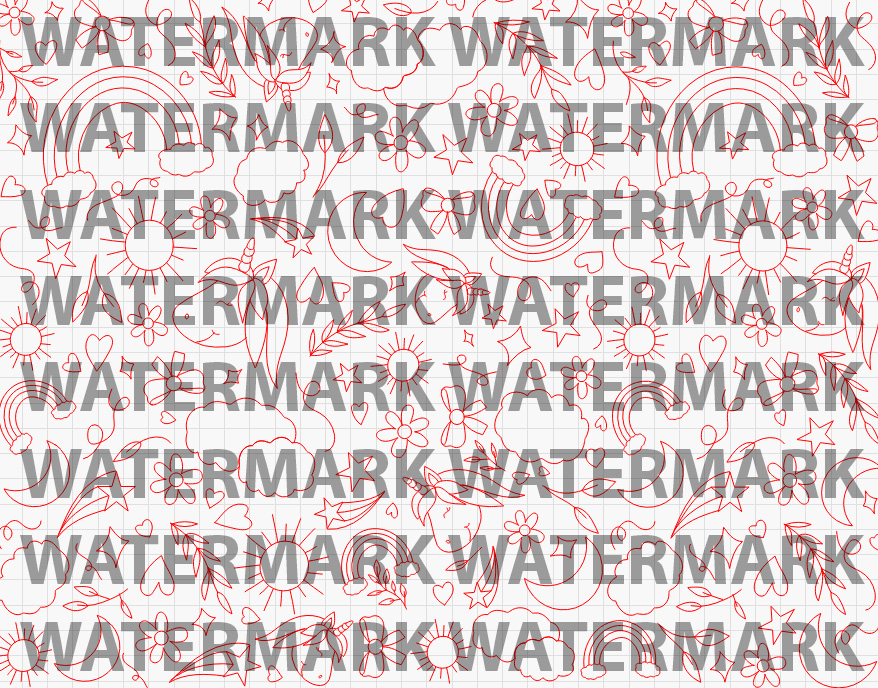 I should have asked if you purchased a vector file or a bitmap file, as the process does change a bit. The link I provided is for vector files, and if you can ungroup your unicorns and rainbows into separate shapes, it’s a vector file you have. Also if it is a bitmap file, it will have an image tag on the layer list. 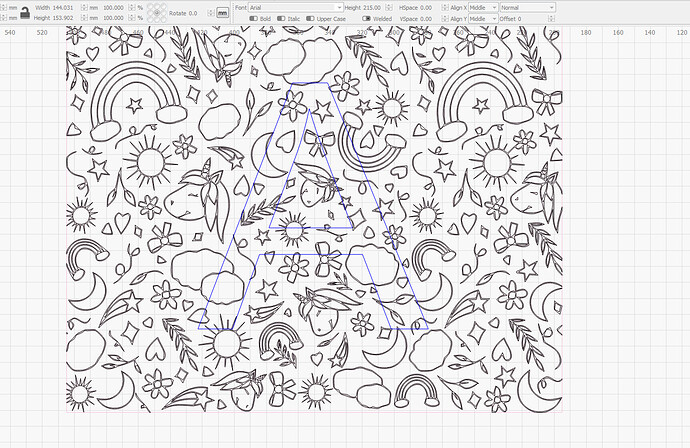 I ran the image through a vector conversion program, as there isn’t a vector file to download. Because it’s a conversion, each object changes from a single line drawing to a two line drawing, but the results should be the same.

I’ve placed the A in the center and gave it a different layer to make it easier to see, but it can all be on the same layer.

I had to convert the text to a path, then I had to ungroup the text and I had to ungroup the background as well. It is easiest to place your image to be cut on its own layer and the cutting image on its own layer. Once everything is converted and ungrouped, shift clicking on the first layer will select all those individual ungrouped shapes. Clicking on the outer portion of the letter then enables the Cut Shapes option in the menu.

For the A, which has a counter as a separate shape, which will not allow the cut when grouped, you may have to perform the process twice. Once for the outside, once for the inside.

The individual shapes become automatically grouped when the Cut Shapes is performed and you’ll have to ungroup it again. You should also give it a new layer to make the shift click selection easy again.

Playing around with the file again, I found that the background image does not have to be ungrouped, but the cutting letter does have to be a single item. That makes it easier to select when performing the cuts. 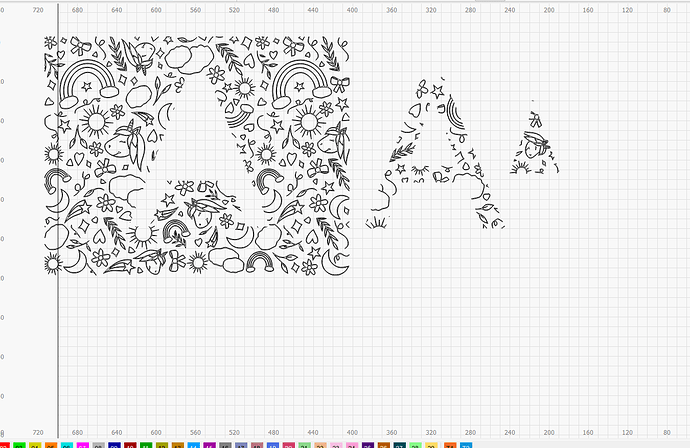