I posted this under Community Laser Talk but have relogged it here.
Please, for the love of all things holy, can you put a switch in settings that allows a message to be displayed when pressing burn that says “HAVE YOU SET YOUR FOCUS”
I have Ortur LM2 and constantly (it’s an age thing) start my burn before remembering i havent focused. I’m sure im not the only one.

Posting in multiple areas late at night on the weekend because you forget to check something is not really going to help. Might I suggest a thing called “Post it notes”?

it was my first post and I posted in the wrong area at first. Also it was not late at night here in the UK.

If you want to make suggestions, there’s a section just for that.

Have a feature you'd love to see in LightBurn? Suggest it here. We actually read these things. Please be specific, and include the type of cont

Yes I didnt see that until later. Im a senior citizen with early onset dementia, i use the laser to keep myself active and keep my mind occupied.I didnt realise folk on here were so strict about postings. Ill think twice before posting now.

I would use the post it note method. Make a checklist, laminate it and check them off one by one. I don’t have early onset dementia and I regularly screw up and forget stuff like adjusting focus etc. It’s not just you. But if they do add it, I hope it’s something that can be turned off or on. It would drive me nuts and I would still forget because I would just click it away. 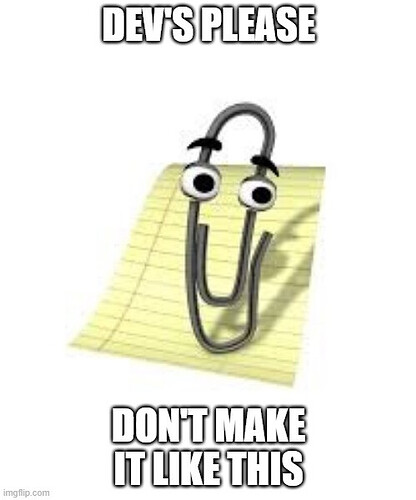 Thats why in my post i suggest a switch in settings.
As for post it notes, you should see my house its littered with them, the one thing that EOD sufferers get all the time is “Why not use post it notes”. The problem here is that at the precise moment you need them your not actually looking at the buggers.
I really wish it was just a case of laminate and follow a checklist, however the condition isnt as straight forward as that. I hope with all my heart you never have to find this out either personally or through a loved one.
Thanks for the reply though.

Sorry to hear that. I do know someone with it. If I see it on the list of suggestions I’ll upvote it.

If you want something to help keep you “sharp” I might suggest helping with basic questions around the forum. Keep you interacting and active. There are lots of people in your time zone that could use some basic help that you can most likely answer.

Ill do my best, in the few months ive had my laser ive made quite a few pals here and there and picked up a tip or two.
If I see something I can help with, ill definately give it a shot.

I’m sure it’ll be appreciated!

Willie, I think you are a little bit out of order on this occasion.

Dale only made a suggestion that would help him and probably numerous others.
Many people have disabilities hidden or otherwise and may not appreciate your suggestion on how to keep ‘sharp’

Please be kinder to users that do not have your understanding of Lightburn and indeed its feature request system.

Saying all that, as you know this forum is fantastic and you are a very good contributor.

This was posted in 2 spots at the same time someone else was posting in two spots. I am unable to determine anyone’s health by their posts.

I gave legitimate suggestion before I knew their condition and I gave what I thought were solid suggestions after.

If they feel slighted then I apologize, however it was not intended to be malicious. I was very kind in informing them of where the feature request is for that very reason.

I apologize if the suggestion to help them keep “sharp” was misinterpreted, it was meant to indeed help keep them occupied and they like to be occupied. I can understand that you might think it was ill intentioned, and it was not meant to be. Nuances are difficult to pick up over text and in context of posts.

That being said, I really don’t want the devs to make it Microsoft Clippy style. It might be a fun throwback, but there’s a reason why Microsoft removed it.

An alert BEFORE you start the laser to remind you to focus. · LightBurn

You might want to add to that and I’ll upvote because it’s one of the more popular suggestions.

I will upvote as well, can’t hurt to have a gentle reminder as long I can de-activate it if I wish.

Thanks for your response. all is good

It’s one of the most popular requests so maybe this will help bring more attention to it. I truly didn’t mean any ill intent.

I hope @Kobild starts posting some finished products. I have nothing special to post, still working on aligning the dang thing. Two steps forward and one step back.

I know how you feel, it’s a fascinating hobby/business but just when you think all is good, another spanner is thrown into the works ! Onwards and upwards, hopefully

Hey guys. Please dont give Willie any crap over his comments. I appreciate his guidance.
Like he said he does not and cannot know someones condition just by reading a post,and with hindsight i should have mentioned in the post the reasons for my request.
Willie pointed me in the right direction and i found and upvoted the relevent post.
Cheers for sticking up for me mooseuk but I sincerely believe Willie meant no malice.
Willie thanks

Dale, I mean no malice. I hope you upload some of your creations soon. When I make something post worthy I will. I really hope more people vote for this. It’s very popular. I have my own blinders. Looking forward to more of your posts! I wish I had bought an Ortur.

Please keep helping people, the forum can really use it.

I do deserve some crap over my posts.

there are times … we all do @LaserWillie