Here’s one for the gang:

How would you go about setting up Lightburn to engrave an oddly shaped item like a guitar body? It has several irregular curves, several cut-outs (that aren’t uniform in size or shape and would be nice to not engrave into even way out of focus…) and many aren’t the same shape.

Imagine you are given four guitar bodies, in four different shapes. You are also given the attached artwork and would like to put it ONLY on the flat parts of the guitar body, what is the fastest and cleanest workflow to do so? Thanks!

Edit to add: I attempted the “trace” function with the camera. I haven’t (still) yet been able to calibrate it to within the accuracy it it is supposed to have, and the guitar body is “mushy” enough edges that the trace didn’t work great at all. It also has several colors/tones of wood that didn’t help the camera trace, but I couldn’t use the camera to align the design either because it was several mm off like my camera has been. That’s a separate area to address but I wanted to add the info. 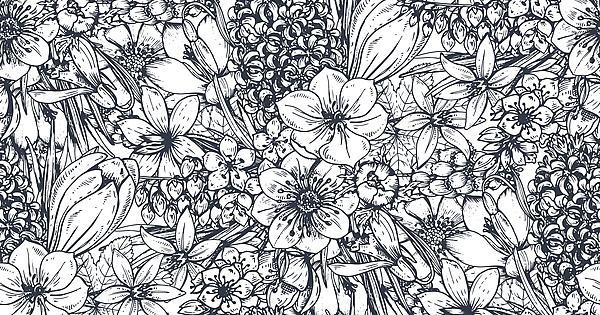 Boolean Tools are your friend. 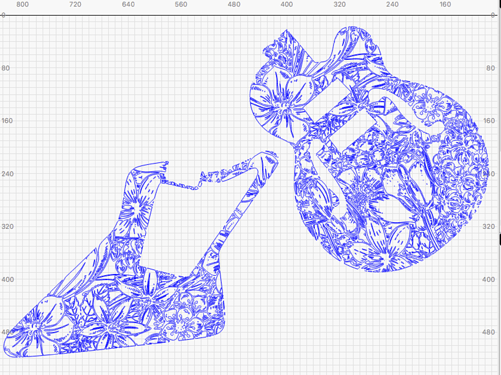 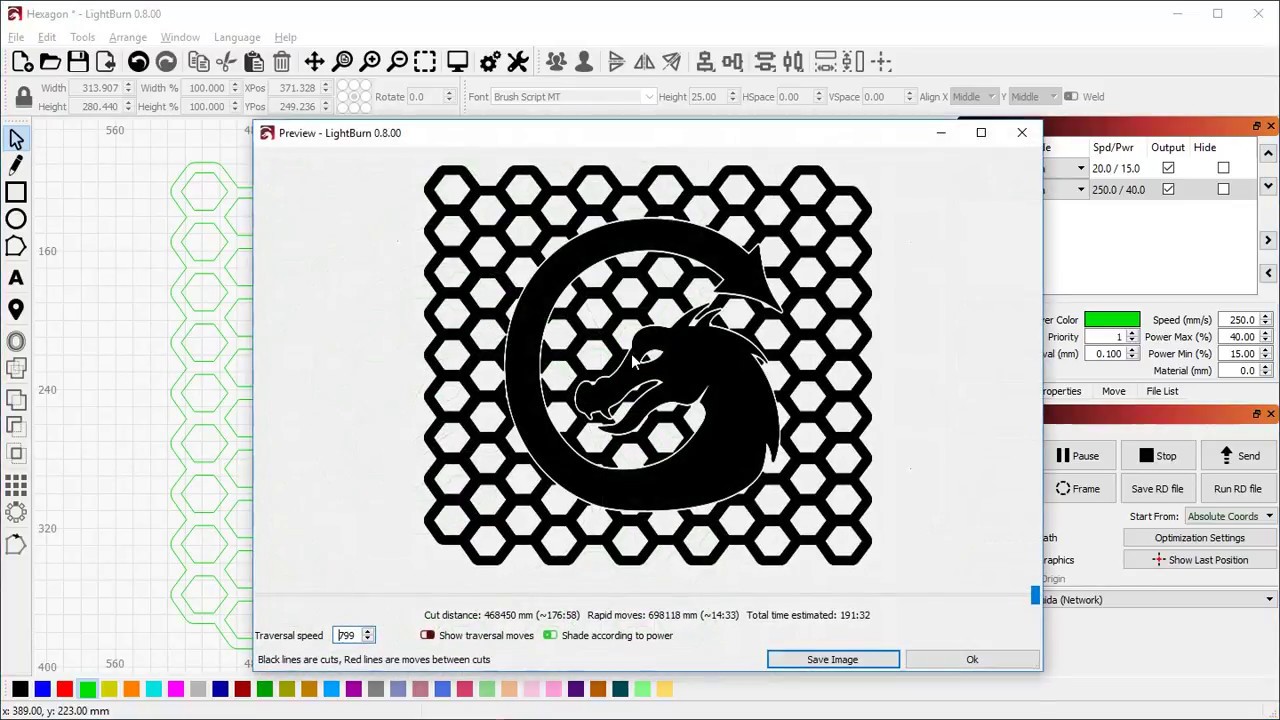 Measure and photograph the guitar, import it, vector it, scale it, and use a copy to boolean edit (and optionally make registration marks).

Thanks. They continue to elude me… I tried drawing a line around the outside of the body and that seemed to work at least, but I couldn’t get the line to match the curve of the guitar exactly I just had to click points as I went.

Measure and photograph the guitar, import it, vector it, scale it, and use a copy to boolean edit (and optionally make registration marks).

I think that is what I’d do.

I’d lay it on a contrasting surface (white paper) and photograph it from directly above. If you can autotrace that then good, if not then do a manual trace.
Measure the guitar and scale and adjust your drawing to fit. Once you’ve got what you think is a decent vector outline, then drop a piece of newspaper or thin cardboard or whatever on the laser bed and cut out your guitar outline. Lay that over the guitar body to check for fit and adjust the drawing if necessary. Once you’ve got a clean outline that fits, then Boolean away at it like Rick says.

Thanks. They continue to elude me… I tried drawing a line around the outside of the body and that seemed to work at least, but I couldn’t get the line to match the curve of the guitar exactly I just had to click points as I went.

I spend hours node-editing each week.

I would use a camera with a 50mm lens (closest to our eye) to take the initial pic, and either use the trace function or a combination of trace and line, followed by a lot of node-editing.

Don’t forget to look for the same model guitar online - there’s a lot of vectors out there already.

I am interested in this part of your post. What can you share about what you are getting/seeing? When you say “mushy”, I assume the camera is out of focus, but would like to check.

With a properly mounted and focused camera, you should be able to achieve sub-millimeter accuracy.

In terms of this post, I mean the guitar edges slope or have bevels in different areas, and aren’t nice crisp lines for the camera to pick up on. So when I tried to use the trace function, I couldn’t get Lightburn to give me a nice line because the camera wasn’t seeing clear edges. I can take a screenshot if I’m not being clear.

I’ve tried to calibrate the camera probably 4-5 times and have never been able to achieve good accuracy, I feel like I’m doing something wrong every time even following the directions to the T and reading the forums, and watching the videos. Ours is mounted in a 3d printed housing to the underside of the lid, which seems sturdy and I take care to not disturb during the process. I did break the glue and try to dial in the focus better before the last couple rounds of calibration. I’d LOVE to use it especially for something like this but I don’t know what I’m doing incorrectly.

Ohhhh I can see that haha! I don’t use either enough to get or remain proficient enough, but when I need those skills I really need them!

I will likely try the photo route. I tried searching pretty hard even for these (so I’m told) common models: Fender Stratocaster and Gibson SG and found a few routing templates, but when I imported them I couldn’t quite get them to measure up right with the body I was holding.

These are worth a look:

Is there file like this for Gibson Les Paul and also Paul Reed Smith guitars?

I asked the google to help me find the ones I posted.

I’ve got a decent outline, and successfully boolean (subtracted I think) the interior boxes that I don’t want the pattern in. However, now I can’t get the option to do any boolean functions except weld to come up when I select the pattern and outline. I’ve tried outline then pattern and vice versa, they all stay greyed out except weld.

I’ve done “close path” and “close path with tolerance” which finds 0 open shapes on my outline. I’m not really sure what I’m doing wrong. 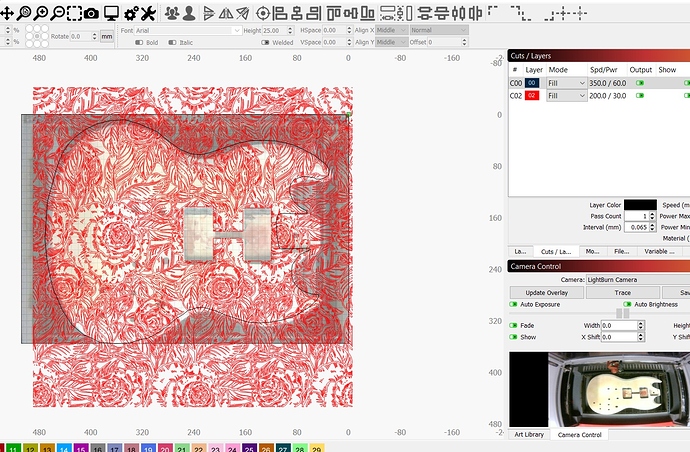 That would mean that the pattern is not all closed shapes. You might have success with the newly released “Cut Shapes” tool - it handles open or closed shapes being cut, as long as the cutter is closed.

Is it maybe an alternative to cover the parts of the guitar body that you don’t want engraved with something the laser does not penetrate?

When I ‘Group’ the inside shapes (pickup miter pockets) with the outside shape and use that to ‘Boolean Difference/Subtract’ that shape from the flower pattern group. 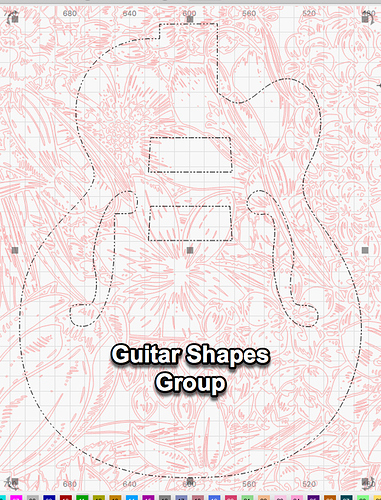 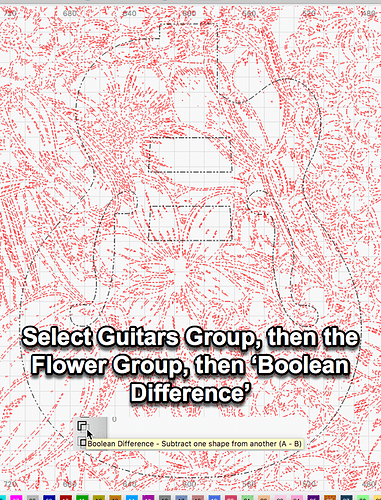 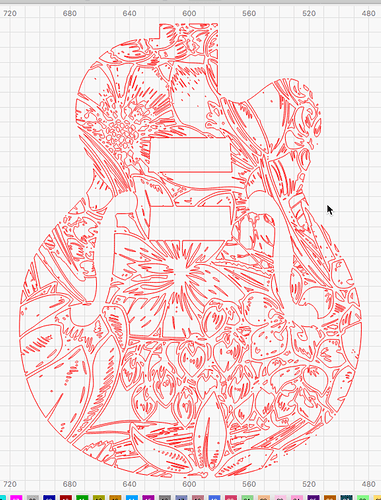