Feature request... X and Y in their own layers -- would it even be feasable?

Hi there, first off, i did post this feature request in the new Feature suggestion section, but I wanted to add a bit more picture and open discussion on how to work around the issue until if/when or not my feature request happens.

This is for users of Diode lasers only, being an Orturian my self, I noticed that due to the oval shape of the laser beam, the cutting depth is not the same in X and in Y - for these examples i’m cutting a finger/flex box. 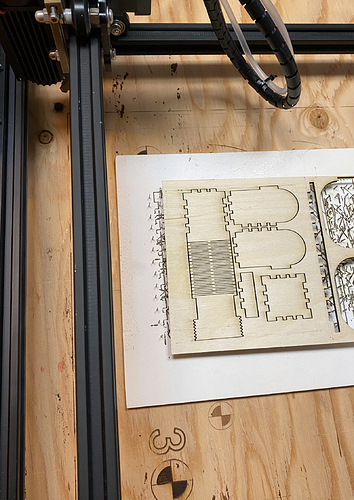 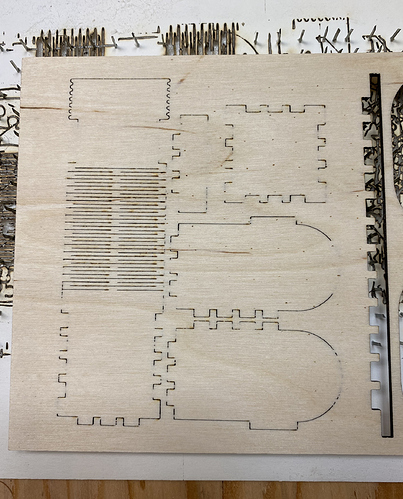 My feature request would be for Lightburn to automagically separate the X and the X cuts into their own layers so that i can optimize the cutting of such shapes. or a feature to specify additional layers for X vs Y. Of course the manual way is to modify my file in illustrator as such: 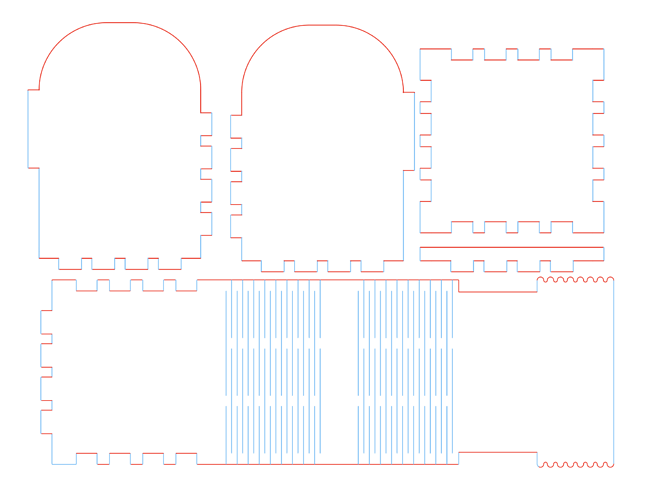 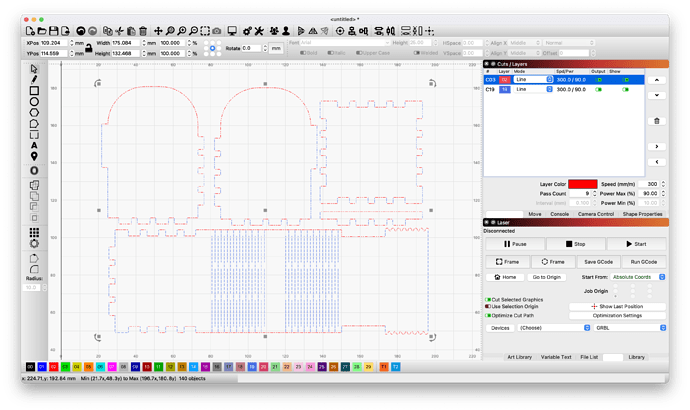 Doing this by hand in Illustrator seems a little easier than using the B key on nodes in Lightburn but having the X ad Y separated magically by Lightburn would be a totally awesome feature… think it’s possible?

The orientation of diodes tends to be pretty random. Yours might have ended up nicely horizontal, but that’s likely by chance, not on purpose, so this feature might work for you specifically, but few others.

It also wouldn’t address the fact that something like a circle would slowly change from horizontal to vertical, and consistent cutting would require the power also change slowly, with the angle, instead of just switching from one power to another.

Putting the shapes on different layers would mean running them in two separate passes, and there’s a good chance the lines wouldn’t meet - if the laser had any play in it at all, this would be an issue. You’re better off just setting the power high enough for the “weak” direction, knowing it will cut through just fine for the other axis.

Thanks for your reply Oz, further testing sort of pointed me in that direction as well. what’s most important at the end of the day is proper focusing. Also a better lens (G7 or G8) might also help for proper deep cuts.
_ the work required to do the X Y layers split at the file level or what it would require for programming this feature in Lightburn is obviously not worth the hassle

Now can i delete the entry i did in the Feature Suggestion section?