To contextualize: I’m trying to cut contact paper to make a '“protective skin” for my laptop.

After creating a rectangle and cutting the paper, the width and height measurements match exactly what is stated in lightburn, which makes me think that there are no parameterization problems (I’m not sure), but when I try to frame it on my laptop, it’s clear that there is a very small offset of less than 1 cm that doesn’t leave the alignment satisfactory, I’ve tried to export the file and engrave it on the official NEJE software too, but the results are the same, I running out of ideias of where I could be wrong, any tips on this?

PS: I am using a NEJE Master 2 Plus

Images from the contact paper and from the offset. 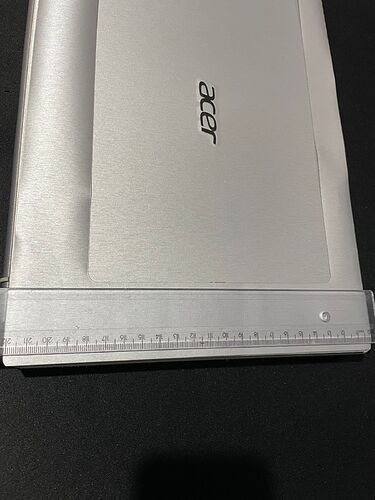 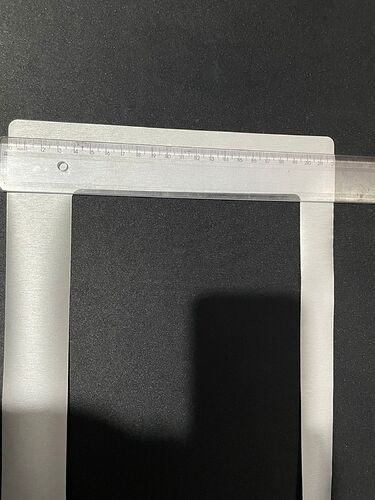 These are the machine parameters that i’m using: 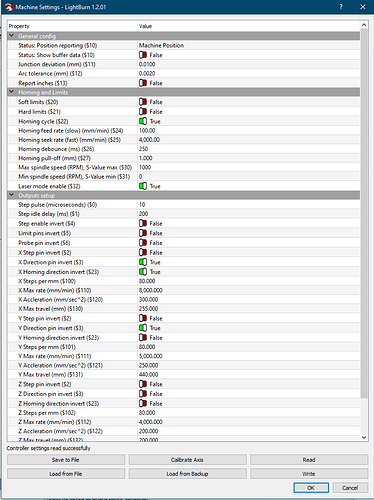 I don’t understand the problem. If the part is cutting as designed. And the part is proving too short for purpose, then can’t you simply design the part bigger?

I feel like there’s a complication that you’re trying to convey that’s not coming across.

Hey berainlb, thanks for the reply!

I’ll try to draw to see if I can make myself clearer, maybe I’m not able to express myself correctly because I haven’t even understood the problem yet, since the measurements seem ok to me 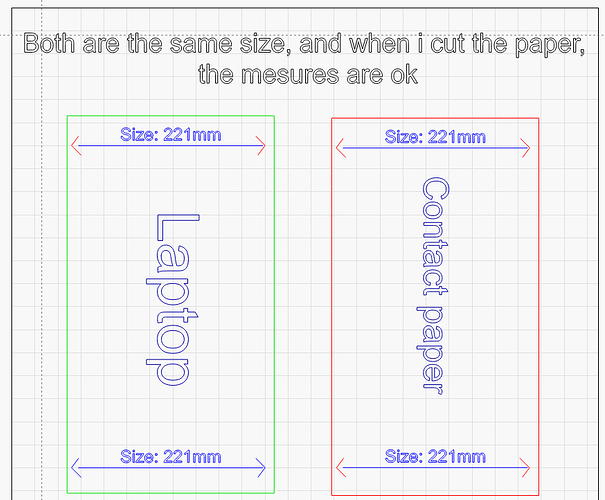 It’s strange, at first I thought that the problem was happening because I wasn’t able to position both objects (laptop and the contact paper) in a way that they were fully aligned, but after several attempts, it seems to me that the problem is this small difference in size, it’s almost as if the rectangle just twisted a little bit, turning into a parallelogram

I also noticed that this problem is only happening with large cuts, when I try to cut smaller rectangles it doesn’t happen

I can’t tell from the picture. Is the top of the laptop perfectly flat? If there’s any curve at all that would make the area larger than just the HxW which would need to be accounted for.

As for the paper, is it possible that the paper is shrinking when removed from the backing or from the heat of the cutting process? Not sure how elastic the material is.

In any case, if the material is cutting dimensionally accurately to the design then it’s not likely a laser calibration issue. More a practical issue of how to translate that to something you can apply to your laptop.

One thing to keep in mind is the concept of kerf. Kerf is essentially the gap that results from the process of the cut due to material loss. The laser cuts along the path in the design. Material on both sides of the line will be lost. Parts cut out will not match exactly to design without compensation. In your case, however, this will be a very small deviance. Kerf for lasers is typically measured in the tenths of millimeters.

The right one is smaller than the left one by the 1cm.?

Sorry for the delay guys, I think I found the problem, but I’m not sure how to adjust it

. After making several molds and measuring them, I noticed that the diagonals of my rectangles were different, causing them to become parallelograms, they differ by only 1cm, and with the naked eye it was difficult to understand, after all it seems that my laser machine is cutting something like this 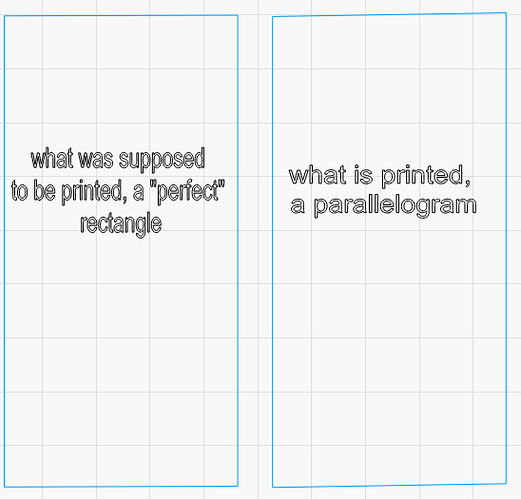 Is this your Neje Master 2s Plus?

If so, based on the picture I’m assuming the non-square line is along the X-axis? On the X gantry where it connects to the Y there should be a set of bolts that you can loosen that will then allow the entire gantry to pivot from that point. Square up the gantry to the Y-axis and resecure bolts.

I think you were referring to that set of four screws, is that it?
If that’s the case, I’m afraid the holes are too small and accurate, and there isn’t much room for adjustment. 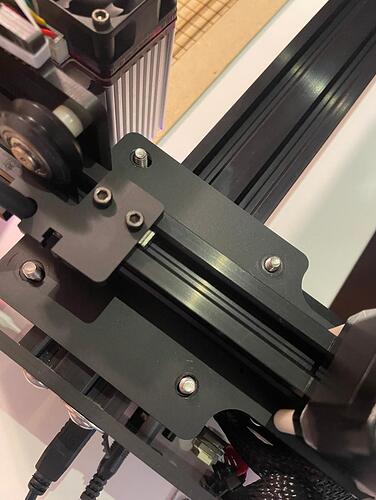 First confirm that the gantry and Y-rail are not square.

Look underneath the plate to see if there’s anything you can loosen there. If anything you should be able to adjust the relative position of the wheels that hold the gantry in place by adjusting the eccentric nuts there but I recall seeing something where you could directly adjust squareness.

I didn’t find anything that seems to be adjustable there, I’m going to buy a set-square
to confirm the squareness, other than that, isn’t there any way to compensate for this alignment in light burn?

isn’t there any way to compensate for this alignment in light burn?

This is most likely a mechanical issue and should be resolved mechanically. There’s nothing in LightBurn that can apply a correction to this.

You could try to work around it by skewing the design so the parallelogram goes in the opposite direction. I would consider that a bit of a hack and will be hard to live with something like this long term. 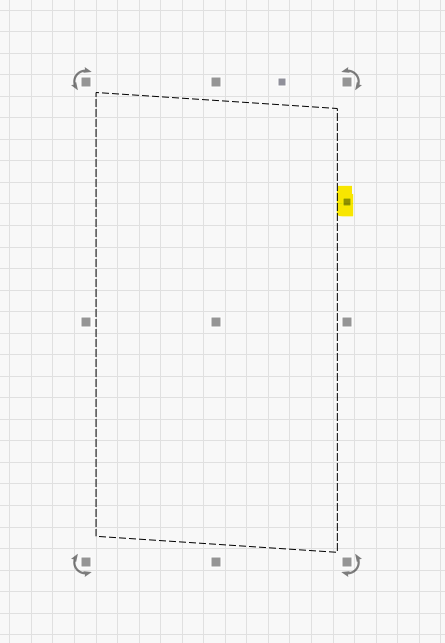 So i`ve bought a set-square, everthing seems ok, i’ve tried to mess around with the machine settings on light burn as well, but without any success.

I took some photos of the laser disassembled to show the screws available for adjustments, and I also made a print of a very large rectangle, where the distortion is clearer 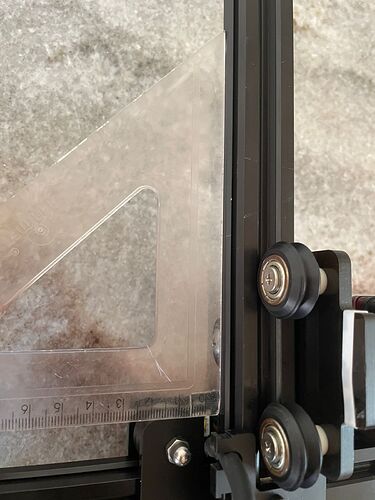 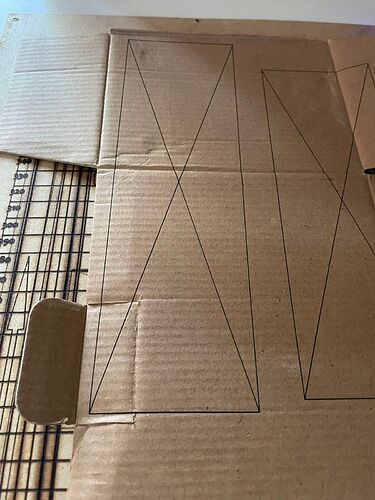 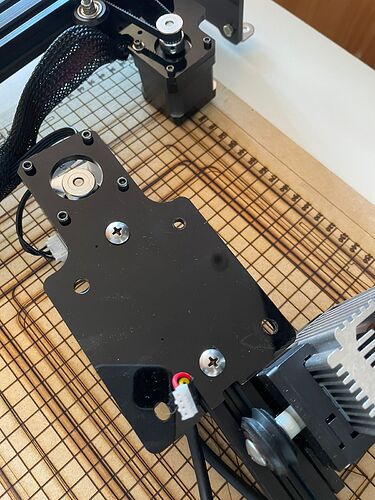 i’ve tried to mess around with the machine settings

This is a fool’s errand so suggest you not waste your time there. There’s no setting that would say something like “make this not square”.

print of a very large rectangle, where the distortion is clearer

I can’t see the distortion and you’re burning onto non-flat material. Can you burn a square onto perfectly flat material and actually measure the distortion? How much off are you talking about? And are you certain this accounts for the gap in your originally stated issue?

It’s hard to tell what I’m looking at in the disassembled photo. Can you provide more context and surrounding portions of the image?

Ok, this time I’ve cutted a sheet of paper, eliminating the possibility of material distortion.

After several attempts of skewing the rectangle, as suggested in the previous reply, I arrived at an almost perfect measurement match of my laptop. For the cut to be exact with the measurements of the laptop, it is necessary to twist it 1.32 mm 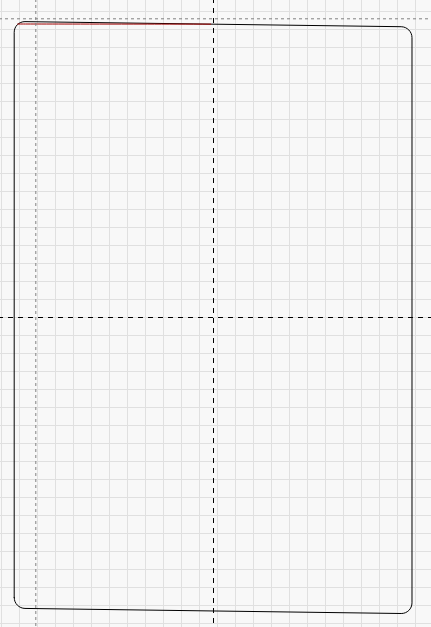 Okay. That’s more subtle than I thought. But you’re saying this variance caused a nearly 1 cm variance in the final length?

Are you certain there are no eccentric nuts on the wheel axles that can be adjusted to change the gap? That would be enough to fix this amount of variance I would think.

It doesn’t reach 1 cm, it’s around 750mm - 800 mm, there are the screws that @Jimcoy mentioned, what I find strange is that this machine is almost brand new, I made a very few impressions with it, but maybe it came out of factory adjustment, should I tighten or loosen the chain?

should I tighten or loosen the chain

That looked like it was for affecting belt tension, not squareness but I’m not super familiar.

maybe it came out of factory adjustment

This wouldn’t completely surprise me.

I want to make sure about the eccentric nuts. You’re saying that the wheels that guide the gantry on the Y rail do not have any nuts on the axle that can be turned?

If I understand correctly, are you referring to these? 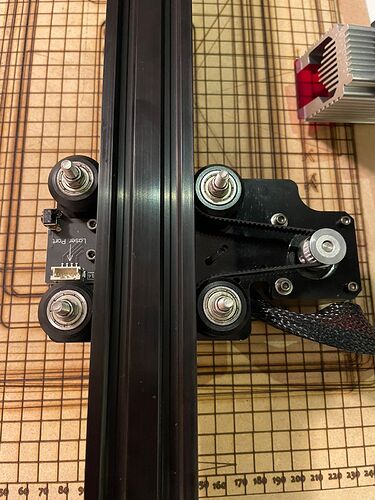 They seem to be only normal nuts
EDIT: I removed one of them to verify, and they are normal nuts