Print and Cut consistently off by ~3mm

In the attached picture you can see two attempts to hit the same marker. Both attempts were following the same process, i.e. at least those two markers should’ve aligned at the very least. 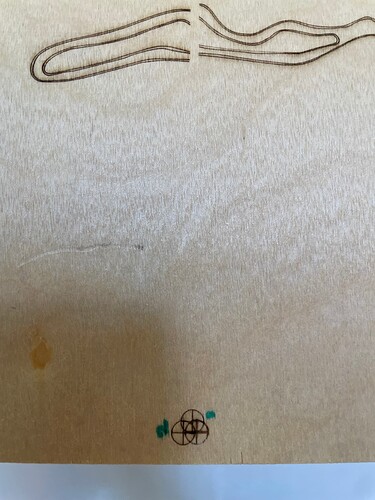