Hello! I’m trying to make it so that when I’m in perforation mode, the head lingers at each dot for a set amount of time. Is this possible? I can see how to do it at start/end, but not for each dot. Thanks!

There is not a way to do this with a setting at the moment for GCode machines. However, if you set the layer to use a very slow cutting speed, like 6mm/minute, then the length of each dot would control the delay time.

For example, at 6mm / minute, 1mm of travel would last 10 seconds, and 0.1 mm would last 1 second. If you used 12mm/minute, 0.1mm would take half a second, and so on. The speed between the cut dots would be whatever the rapid speed of the machine is.

Dang, alright. I think my machine only went down to like 16mm/m when I tried, so wasn’t able to get much done with it (maybe I can adjust that?). Or maybe make circles and then copy along path? TBD. Is there any plan to add this feature? I understand it’s sort of one-off

6mm/min is the slowest LightBurn will allow That should work. There isn’t a plan to add it - what is it that you’re trying to do?

Just little string art bits like this, it’d be nice to be able to ‘pre-drill’ the holes with the laser so they’re more or less mostly perpendicular and go in easy (thinner nails of course) 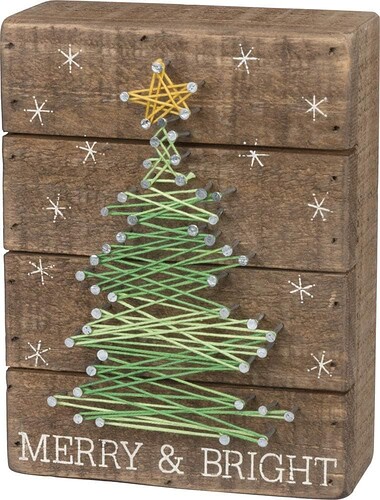 For that I would recommend small circles, and using the Copy Along Path function, as you suggested.

Gotcha, thank you for the input on the matter!

Well there’s “dot more”, a separate thing from perforation mode. Dot mode stops motion and fires then moves ahead. Since it’s not in motion it won’t be a dash but a drilled hole

There is if you have a controller that supports it, yes. He doesn’t, which is why I didn’t mention it.

Just curious, is it a technical limitation? (Having not looked into it whatsoever) I feel like in GCode it’d be exactly the same as in the perf mode, just exclude the move command after you turn it on?

It’s not a technical limitation, just not nearly as useful for diodes, since they’re not great for cutting, and it wouldn’t be supported by all GCode systems either - Smoothieware, for example, has no way to enable the beam while holding the machine position. For GRBL, it’d be an M3 followed by a G1 Sxxx command to enable the beam, then a dwell, then turn the beam off again, move to the next point, and repeat.

It seemed like such a limited use case that we just didn’t bother adding it. I think this is the first time anyone on a GCode system has requested it.

Ahh yeah I suppose that’d make sense, with them predominantly being 5W or so. With the (semi) recent bump to 10W becoming more available and decently concentrated spot size, weird things like this might pop up more potentially

It’s not something that would be horribly complicated to add - all the plumbing is in place for the UI, so we’d just need to add the GCode generation for it, then tell the UI it’s supported. I can’t say it will happen soon, but I can look into it.

I’ve done some proof-of-concept simulating of dot mode for diode lasers. I found that there could be some benefit for some specific material types but wouldn’t be as generalized as it is on CO2 lasers.

You can read about some of the investigation in that Topic if you’re interested.

This is a follow-up to a discussion occurring in a separate topic around Ruida’s Dot mode and how that might be used to get a different type of cutting effect. The question was if this technique could be used to attain a similar effect using diode lasers and g-code. I’ve done an inital proof-of-concept demonstrating the necessary code and the mechanics involved in doing this. What’s left is to test this with additional materials and settings to see if this provides any real world advantages. I…

Yeah I saw that. I was going to look into that also a bit later, but just don’t have the time to create a parser to merge those commands into a generated g-code perf cut and remove the other move commands also

If you do eventually get a chance to take a look that would be great. I think there’s more to explore there but need more variety in materials and laser types.